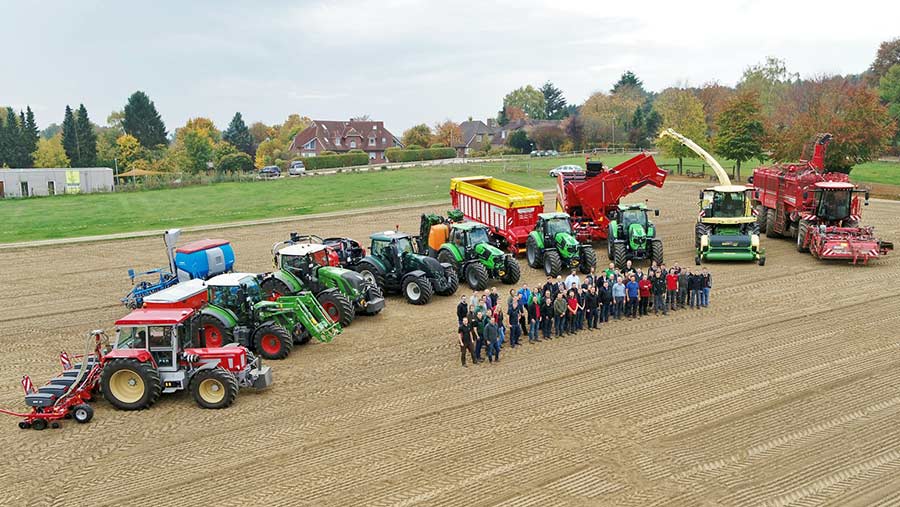 The aim was to build a common interface and in 2016 a separate company, DKE-Data, was set up to operate the platform. In November 2017, Agrirouter was unveiled at the Agritechnica show, where it won a silver medal.

The French company Exel Industries has since joined the group, giving DKE, a non-profit organisation, 11 shareholders which have invested €5m (£4.4m) in total.

Other companies can become partners (not shareholders) in Agrirouter and to date about 30 providers of farm management software have done so.

In September 2016, DKE, its shareholders and software provider SAP specified the requirements of Agrirouter and launched my-agrirouter, where farmers and contractors can register and create a free account.

The next step is to add tractors, machines and implements to the profile and virtually connect these to the farm management software. Once it is connected, any machine with a telemetry unit is able to communicate wirelessly with Agrirouter.

For older machines a retrofit telemetry kit will be available. Farmers and contractors will then see a single interface for their data exchange between field and FMS.

The data remains the property of the lawful owner (farmer or contractor) and all data transfers are encrypted and covered by German privacy laws. Data owners can choose to share their data with, for example, advisers or accountants.