The company, which is the posh arm of Nissan, has come up with a novel VC-T (variable compression turbocharged) engine design that promises to change the face of petrol engine performance and could potentially rival the towing ability of a standard diesel, it says.

The 2.0-litre concept is claimed to give the performance and low-end grunt of a big-bore V6 but with the fuel efficiency of a modestly-sized 1.5-litre motor.

As well as reduced noise and vibration levels, the engine is lighter than traditional units. 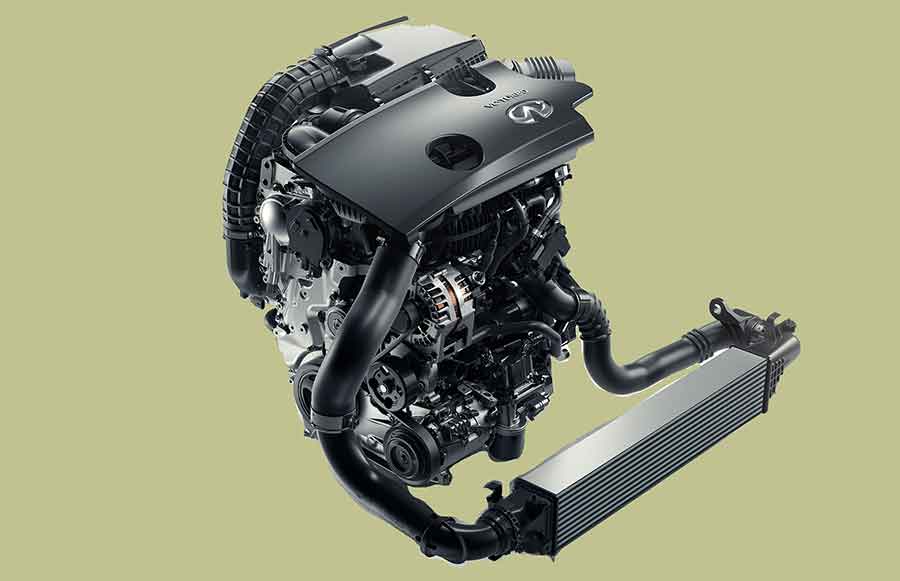 Inside, the block runs on the same four-stroke cycle as usual – suck, squeeze, bang, blow – but the big change is in the squeezing process.

A clever arrangement allows the new system to vary the compression ratio on-the-fly by changing the height the piston can reach in the cylinder.

The piston is mounted on a lever system that can alter the angle of various linkages, restricting the overall travel distance inside the cylinder, which means it can go from a planet saving, super-efficient engine to a tyre-squealing monster at the drop of a hat.