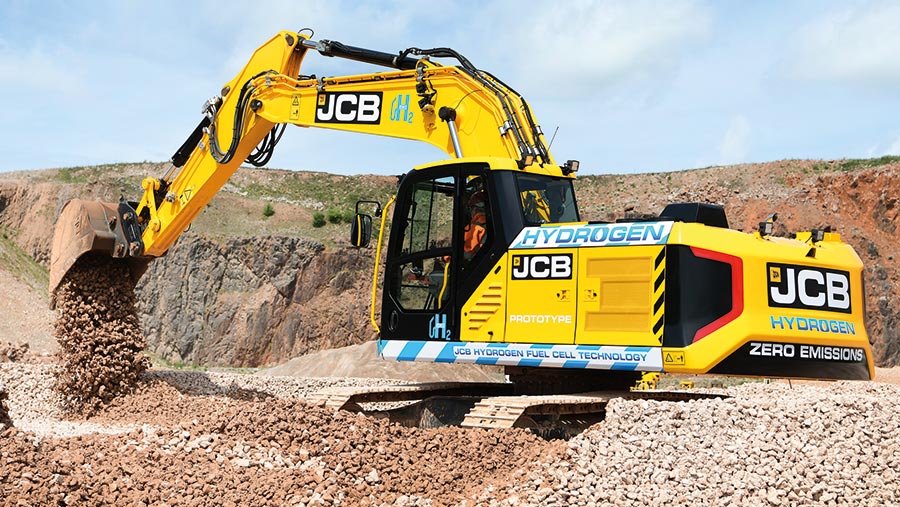 The 20t 220X is powered by a hydrogen fuel cell that has been subject to a year of testing at JCB’s Staffordshire quarry.

See also: Is the future of methane tractors viable?

Power for the prototype is generated by reacting hydrogen with oxygen in a fuel cell to create the energy required to run the electric motors.

The only emission from the exhaust is water.  It follows on from other alternative-fuel machines made by the firm to help lower carbon output, including the electric 19C-1E mini excavator.

The company says it now plans to add the technology to its teletrucks and forklifts.