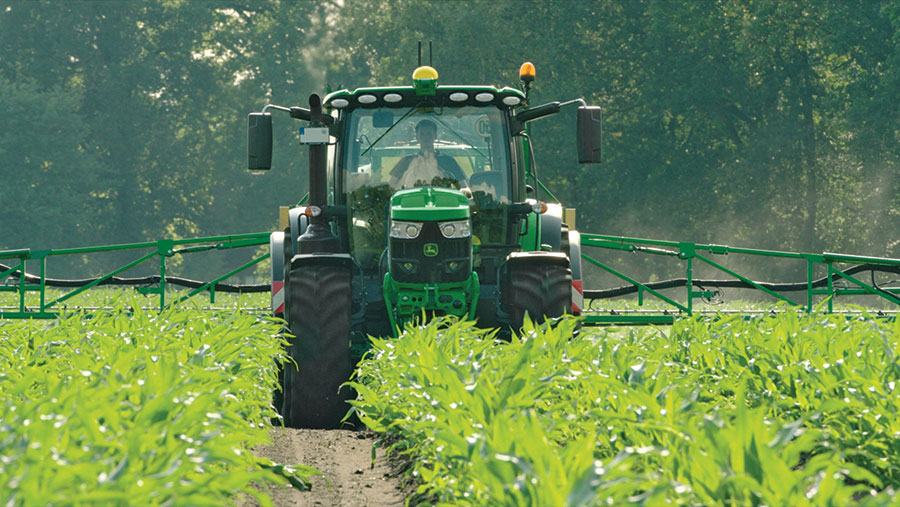 American giant John Deere has launched its clever AutoTrac Vision system, which uses a high-res camera to guide machines down visible crop rows or tramlines, rather than relying on historical GPS lines.

One of the major upshots in established fields is the system can guide the tractor or self-propelled sprayer down the field, without the need to use previous guidance lines or be compatible with other GPS systems.

It works by using a hybrid steering system by merging two data streams, a GPS correction signal and the available image data recorded by the onboard camera. 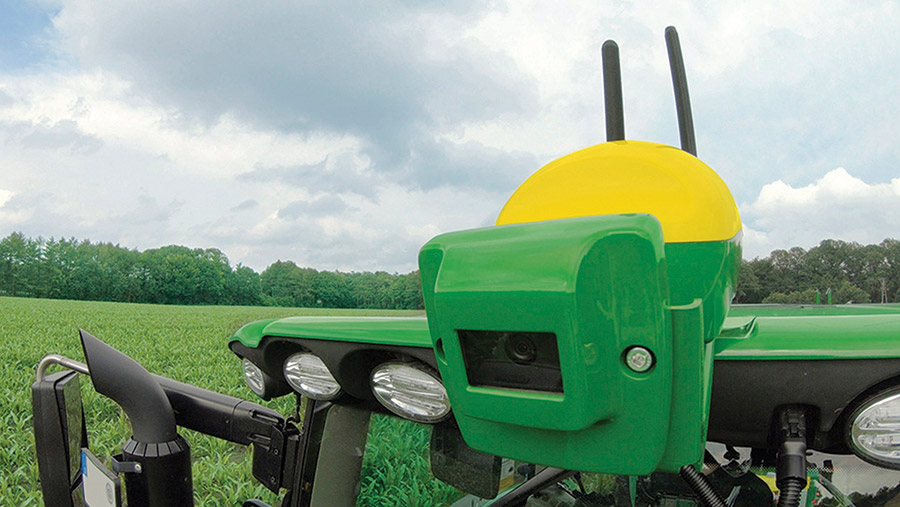 The camera detects the tramline or plant row and steers the machine along it, keeping the machine in the centre of the row. 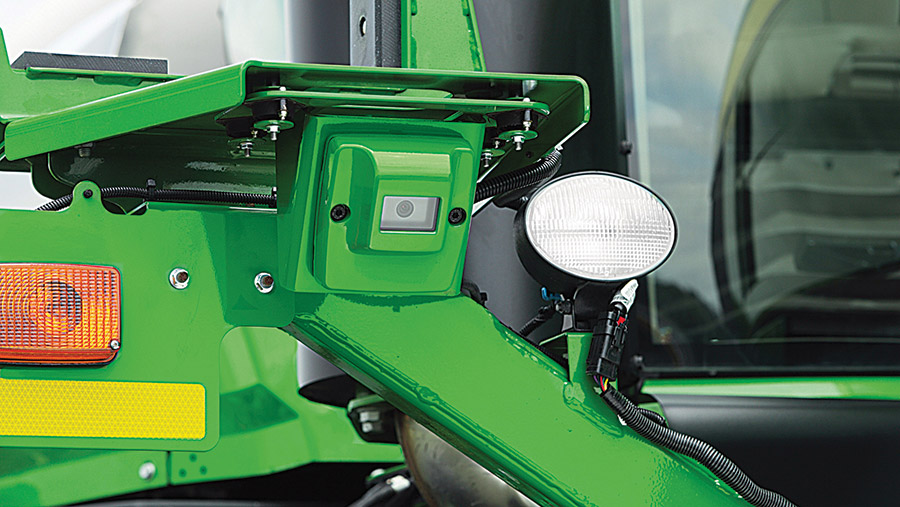 The system will auto-generate a guidance line based on the information it receives from the cameras and the direction of travel. 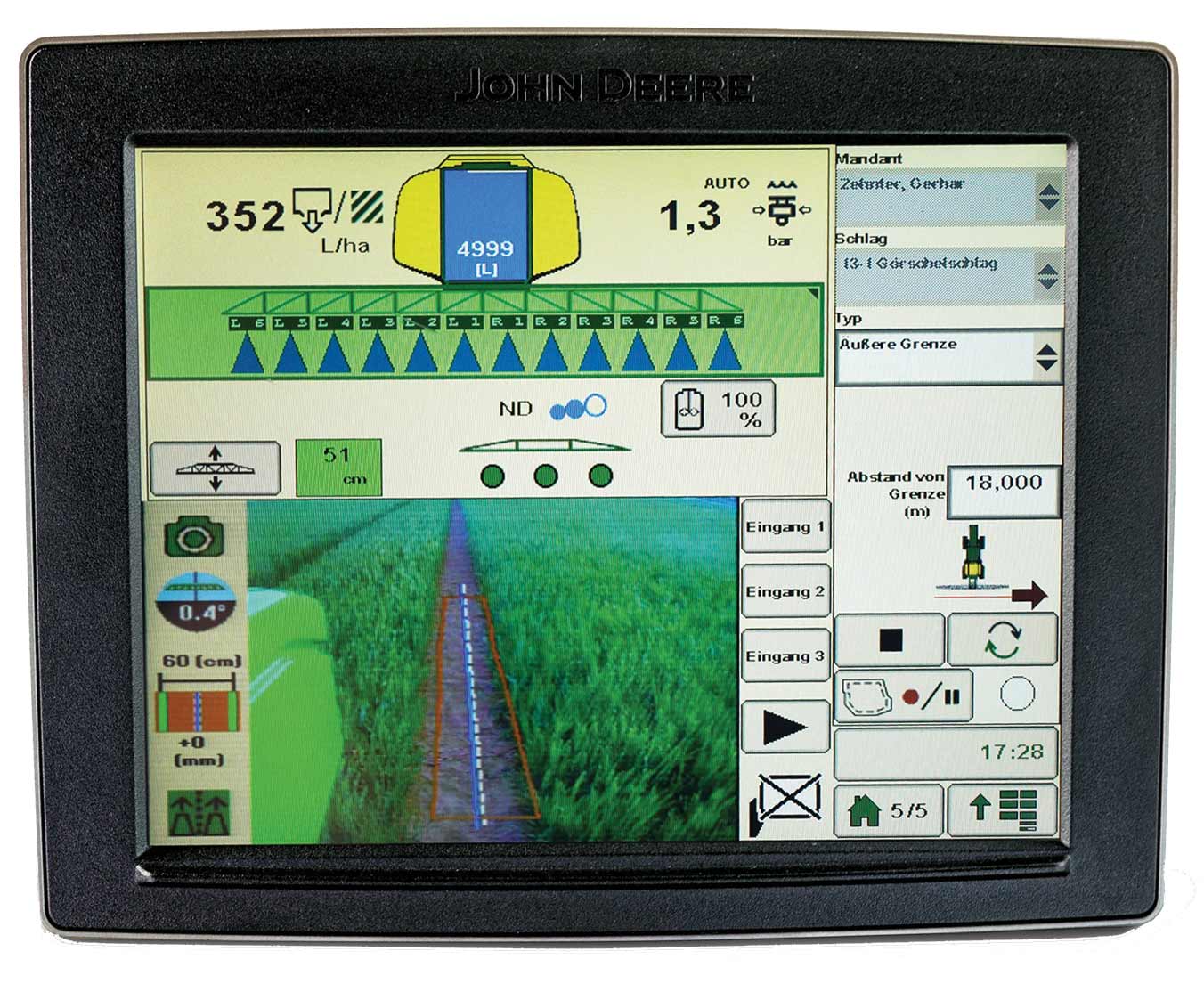 This means that if the camera loses sight of a tramline due to the crop being too small, the system reverts to the auto-generated line until it finds the row again.

Deere reckons that as soon as the system can tell the difference between crop and soil, it can start guiding, and this can be as early as 10cm-tall maize crops. 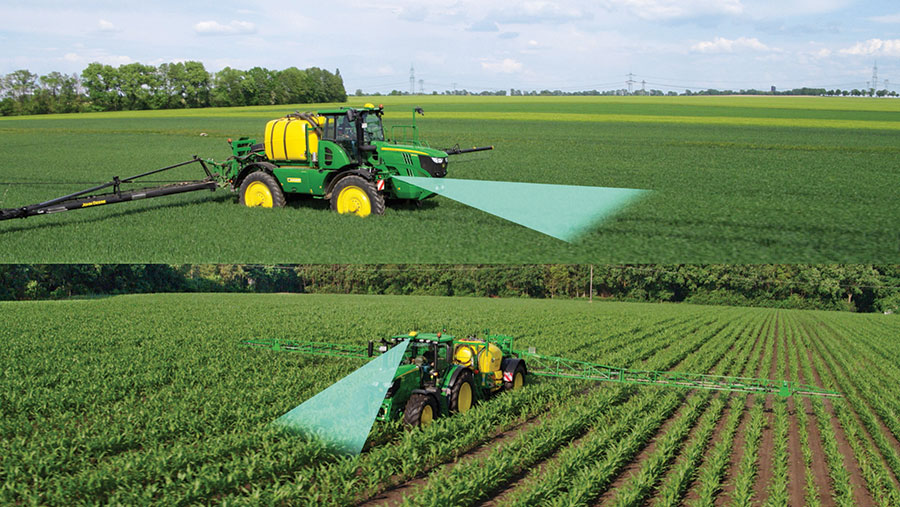 Speeds of 30kph are possible and it can be used to guide implements such as inter-row cultivators.

AutoTrac Vision also works in the dark and can be retrofitted to 6M, 6R (not including panoramic sunroof models), 7R and 8R and 8RT series tractors, along with R series self-propelled sprayers.

As a guide, the camera and installation kit retails at about £4,000, based on the fact the customer already has a generation four Greenstar display with premium activation, or a 2630 display with Autotrac and Rowsense activations.