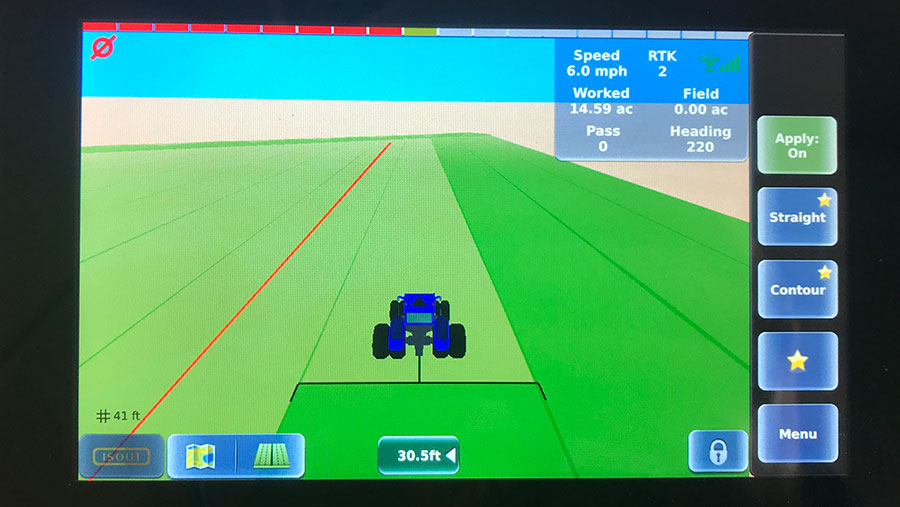 The US Farm Progress Show is the place to see all the latest in farm machinery developments, including GPS kits.

These range from top-grade, super-accurate RTK setups to those designed as a cheap way to get into farm guidance equipment.

Hiding away in a yellow tent was tech company Farmer Edge, displaying its range of telematics and satellite imagery options.

The latter use the company’s Dove satellites to take photos of a farmer’s field, with a resolution down to 3.1m, every 2.7 days during the growing season, sending normalised difference vegetation index (NDVI) images back to the farmer.

These colour-coded maps can show the early onset of a disease outbreak or the beginning of a pest attack for a cost of $1.50/ac. Catching outbreaks early means that rather than a blanket approach, pesticides can be used only on the affected areas.

Employing a team of 75 developers has also allowed Farmer Edge to build a Canbus hack for any colour of machine, allowing yield maps to be shared from one machine to another.

The company openly admits that it probably isn’t popular with the mainstream tractor makers, as its tech  allows growers who run multiple-branded fleets to be able to process information from the machine.

The option for a Fendt sprayer to take yield data and guidance lines from a John Deere combine and use it to apply variable-rate chemical, without the need for an unlock code, is something farmers are very keen to have, the company says.

Once the system is fitted – which takes less than an hour – the farmer can see exactly where each machine is via the company’s web-based Farm Command platform.

Here, each machine displays everything from live fuel levels and current rpm to combine yield data, viewable from anywhere with an internet connection.

The option to see live locations and previous paths is also possible – ideal if you need to check how the harvest team is getting on.

The company has equipped most major machines but says adding new ones is not an issue, as the device will listen to the new machine and send data back to the engineers, so they can interpret the signals and write this into the code for future installs.

This costs about $3/ac but quickly gets around the headache of not having machines talking to one another. 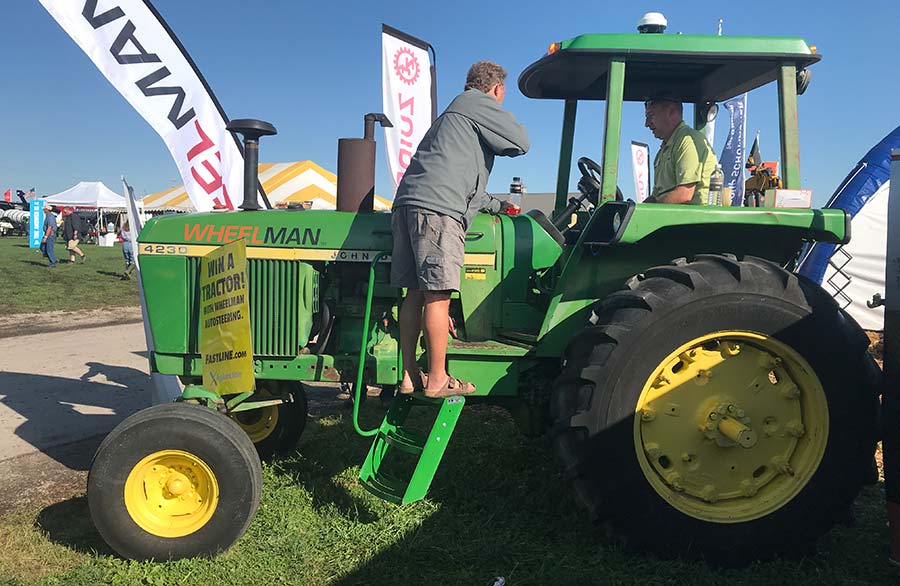 Wheelman offers GPS for any machine

Self-steering GPS might seem a pipedream for many small farmers, but for $3,495 (£2,700) you can have a bolt-on kit that offers accuracy to about 10cm and can be fitted to a combine, sprayer or tractor.

Developed by AgJunction, the kit can be ordered online, then fitted and calibrated by the farmer in less than an hour, with the main job being to remove the steering wheel to mount the new one.

Once the device is fitted and connected to a live power source, a smartphone or tablet is used to calibrate the steering. The app is available on both iOS and Android platforms and the three-step process needs to be done only once, on the initial install.

The only other installation job is mounting a small antenna dome on the vehicle’s roof and running the wire back to the steering wheel unit.

Crucially this needs to be sited on the centre line of the machine to achieve the necessary accuracy. On a combine it would be mounted at the front of the cab, whereas on a tractor it would need to be closer to the rear.

AgJunction gave farmers visiting FPS the chance to try fitting the unit to a 45-year old John Deere 4230, proving that it can be used on any tractor.

Crucially, the unit can run without the need to be within range of a phone signal. There is also no dealer costs or ongoing subscriptions and there is a 24-hour call centre to sort any issues, which can connect straight to the device.

The company says that payback should be around 90ha and the software allows various implements and machine widths to be stored in memory, so switching between a sprayer and cultivator can be done at the touch of a button.

Currently, there is only the option of straight-line guidance but future developments will include contours and curved line steering.

These will be updated on to existing units automatically, along with Wheelman Flex, which will allow easily switching of the unit between machines. 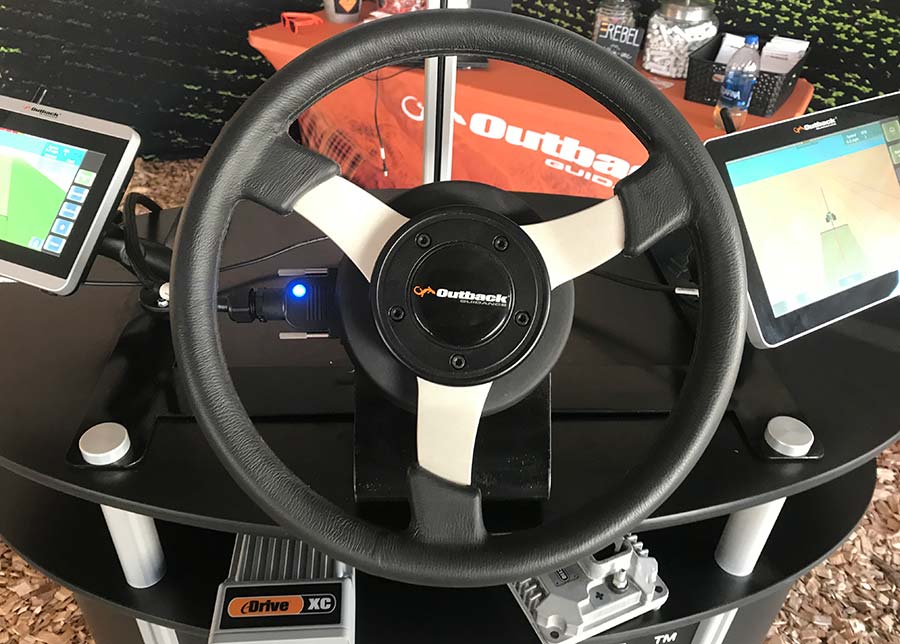 Some UK users will be familiar with Outback’s GPS products, which include a range of auto-steer units from replacement steering wheels to full RTK systems.

In particular, the American company has been supplying Claas with all its steering software for the past 15 years, although the German giant rebrands every unit with its own logo.

It uses proportional controls, rather than the hydraulic ram versions on less accurate models.

The S7 screen has about 15-20cm accuracy and costs an appealing $5,995 (£4,655), with the system able to be installed by the farmer. All the hydraulic hoses are colour coded for plug-and-play set-up, too.

Outback GPS has 150 dealers in North America and is direct competitor for Trimble, GreenStar and Topcon. However, due to the Claas tie-up we are unlikely to see Outback-branded GPS gear in the UK.

DigiFarm reckons it can offer a cheaper route to an RTK-accurate GPS signal using its multiple base stations across the United States.

Once online, the system uses its real base stations to create a virtual base station close to where you are working, so the signal is strong and lines are repeatable year on year.

The signal can work through any RTK system available on the market today, including GreenStar, Trimble and Topcon, for an annual cost of $900 (£698) per unit.