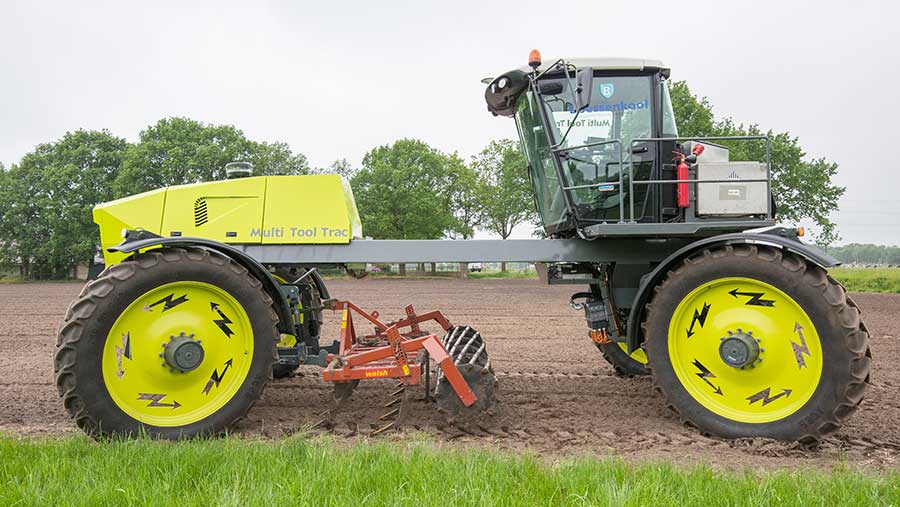 The Dutch manufacturer of a large electro-hybrid carrier tractor called Multi Tool Trac has confirmed it is working on a smaller autonomous model.

The creator of the Multi Tool Trac, Paul van Ham, recently revealed that he is working on a smaller, fully electric autonomous tractor and expects to reach the prototype stage by the end of 2019.

“There’s a trend towards smaller, lighter machines that impose less soil compaction,” he says. “More and more farmers seem to be wanting to get rid of large heavyweight tractors”.

Another argument for the development of lighter machines is that less weight requires less energy for propulsion and for driving implements. The new smaller Tool Trac will be able to work on 3m wide tramlines to fit CTF (Controlled Traffic Farming).

But 3m-wide machines are far from standard and therefore the smaller Tool Trac will also be able to cope with other machine and track widths.