Of all the key machines on an average arable farm, the combine is king. It’s the most expensive piece of any machinery – top-of-the-range machines can hit the £400,000 mark – and it’s involved in the most weather-critical job, too.

You might be forgiven for assuming that what goes on inside a combine is pretty much the same as you would have found 10 or 20 years ago. But behind the dust, heat and noise, deep in the machine’s bowels things are anything but archaic. 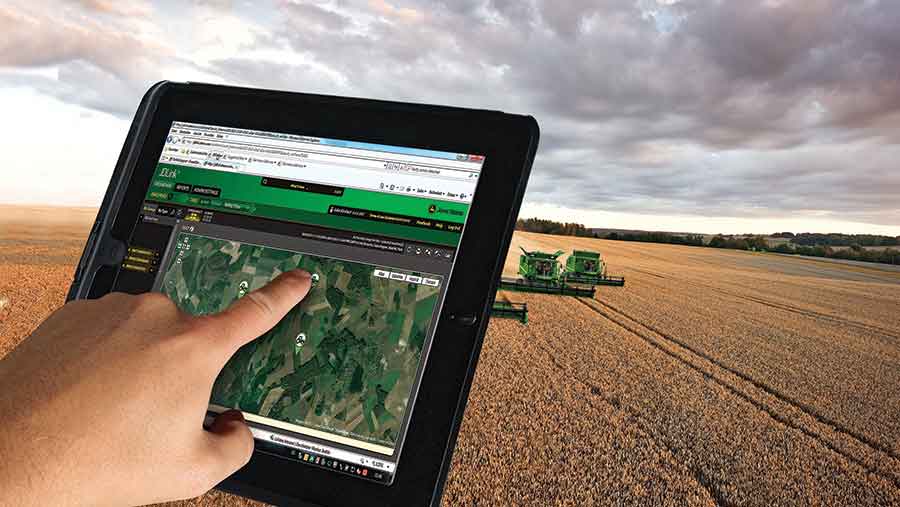 It’s a technology with the unlovely name of telematics that has been used for a dozen years by big truck operators that want to see on a screen where in the world their expensive cargos are.

That same technology is now making its way into farm machinery, notably in combines, but it’s also beginning to crop up in tractors as well.

German giant Claas was the first to get stuck into the technology back in 2004 and it was predominantly taken up by big farm owners in eastern Europe with fleets of combines that wanted to keep an eye on drivers.

But other mainstream manufacturers such as New Holland, Case-IH, Deere and Agco are now offering broadly similar telematics packages, too.

According to Claas’s telematics specialist, Edward Miller, some 80% of users who have the technology are actually using it. It’s not that complicated either, and you can set it up in the combine cab or back in the farm office. 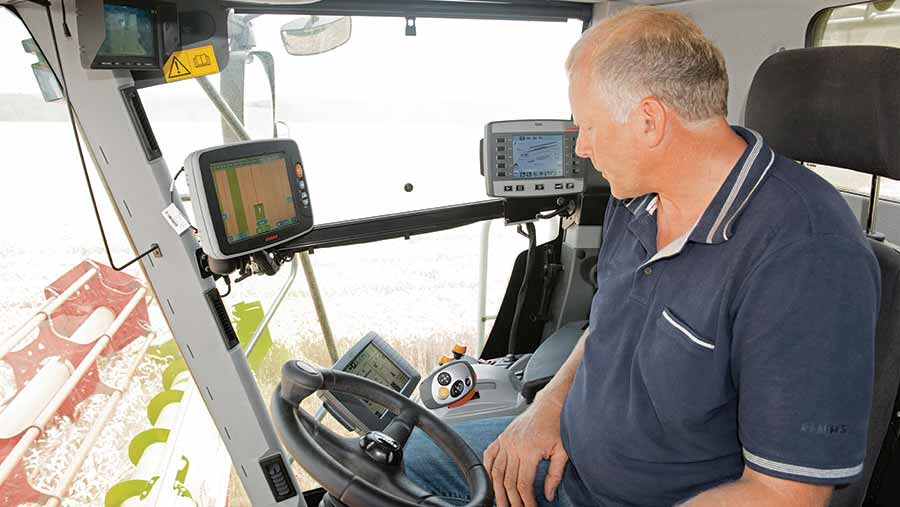 It can be used to monitor and report on the machine’s use and performance and – if you want – can be set to document everything the harvester does.

It’s pretty simple to set up. First you choose a field (or part of a field), then you give it a name or number. If you use Gatekeeper software then you will have all the names of fields in your computer already, so it’s just a case of importing the information into the system.

Once the fields are loaded, and any telematics-enabled machine with the right licence passes through the gateway, a “job” or task will be created.

The telematics system knows what type of work is being done from the machine data (combining, baling or spraying, for instance) and faster-paced transport jobs between fields and farms are also created automatically.

Will I still need to back up data?

There’s no need to save data on a memory stick or card, as happened in the past. Instead the combine (or other farm machine) automatically sends the information from a modem in the cab over the GPRS mobile phone network to the company’s servers, and from there the data is placed on the telematics website.

Individual manufacturers used to send over the data in their own formats, but five or six years ago the companies got together to agree a common system called Isoxml.

Could my information be lost between leaving the combine and arriving at the farm office or manufacturer’s premises?

It’s possible, but very unlikely, says Mr Miller, as the data is backed up on Claas’s servers. Three or four farmer customers have lost their yield maps when their farm computers have crashed over the years, he says, but all is not lost, since you can easily download the data again.

Who owns the information?

The data always belongs to the farmer. He or she can decide whether to allow a manufacturer or dealer to have access to it, says Mr Miller, but in practice almost all farmers using the technology are said to be happy for dealers to see the information. 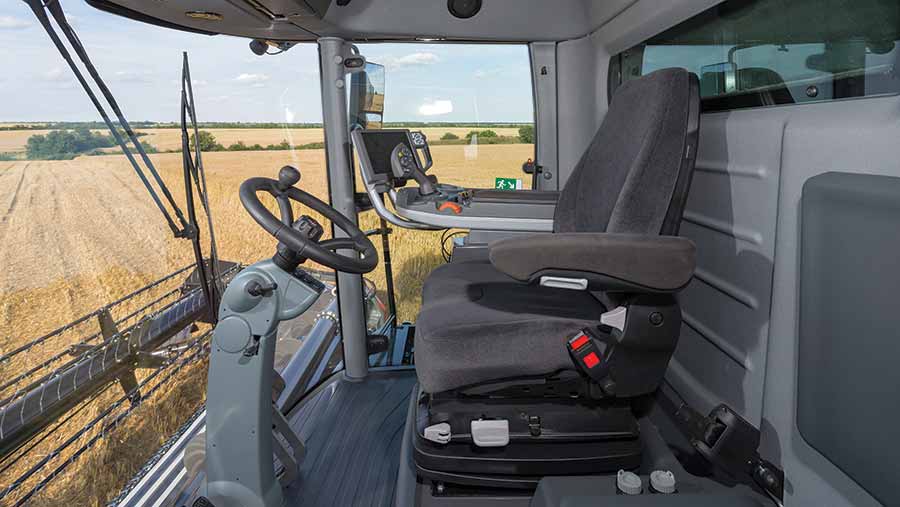 From the cab, data is sent over the GRPS phone network to the company’s servers

One understandable exception is that almost all farmers don’t want their yield figures broadcast around the neighbourhood.

What other benefits will I get?

If you want to get organised, then telematics is ideal, according to Mr Miller. You can say goodbye to scrappy bits of paper with yield figures blowing around the cab and you can send a bill to your neighbour for doing his spraying without having to wait for the sprayer operator to give you the data. Once the spraying is complete, you can see the job on the telematics site and create your invoice.

I would like to include my baler in all this? Can I do that?

In the past it would have only been possible if you had the same make of machine. However there’s now a new cross-manufacturer standard within Isobus called Isolog that can be used on almost any brand.

On your baler for example, you can log how many bales it produced and what they weighed. Or you could enable your sprayer to log travel speeds, pressure and application rate and automatically assign them to a particular field.

What about other companies?

Case IH launched the latest version of its AFS Connect 2.0 telematics system earlier in the year. It allows owners to transmit machine data as well as protecting their vehicles against burglary and diesel theft.

AFS Connect also lets you retrieve machine data at any time via the internet, says the company, and uses a motion sensor to send a text or email whenever a tractor or combine unexpectedly starts up. 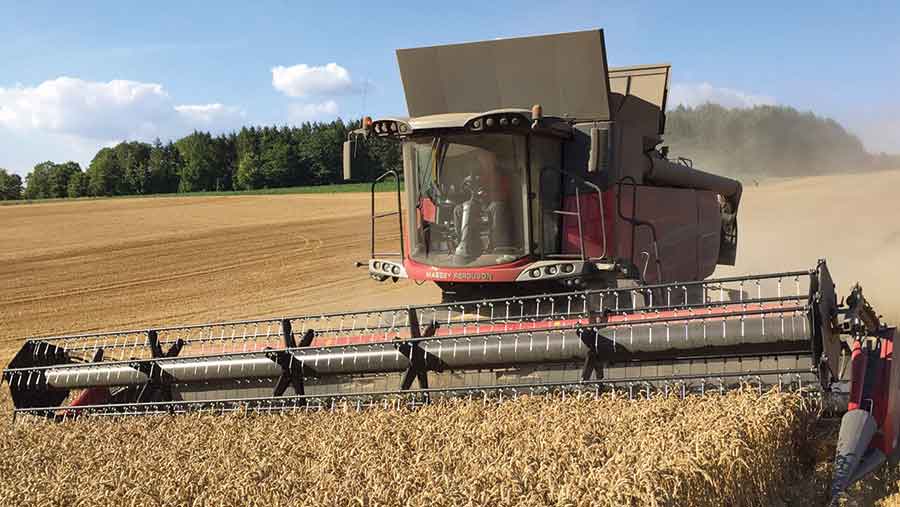 Most manufacturers are all offering broadly similar telematics packages

Deere offers two sets of telematics systems for its combines and other machines – JDLink Access and JDLink Connect.

JDLink Access lets you know exactly where your machines are on the farm, even if you are in the farm office. Click on any enabled machine and you can see how many hours it has been running for, how long it has been stopped, how much fuel it has used (and has left in the tank) and how much grain has been harvested.

The latest CanDATA remote diagnostics also warns you if something is amiss and can send software updates via the GPRS mobile phone system.

JD Link Connect goes a step further by allowing the local dealer to view your combine’s settings over the internet and make adjustments to improve performance.

Agco’s AgCommand telematics system is aimed at farmers and contractors who want to keep tabs on their machines at all times. Vehicle position, history and status are all viewable remotely and the system can also churn out operating costs.

Every sixty seconds the system collects machine performance data and GPS location and can be viewed on a tablet or smartphone.

What do the different systems cost?

Claas’s Basic package is free for one year, then about £300/year from then on. The full Pro package with automatic documentation is more sophisticated and costs £800/year.

After the free first year of operation, but still within this five-year period, Deere-certified dealers can offer ongoing JDLink Connect, including Wireless Data Transfer (WDT) and Remote Display Access (RDA), at an annual renewable price of €225 (£193).

Current New Holland CR and CX combines are prewired for telematics, with prices starting from £680 for a modem and one-year basic subscription and rising to about £845 for a modem together with a one-year advanced subscription.

Subscriptions can be purchased in packages of one to five years; the more years you buy, the lower the annual cost. 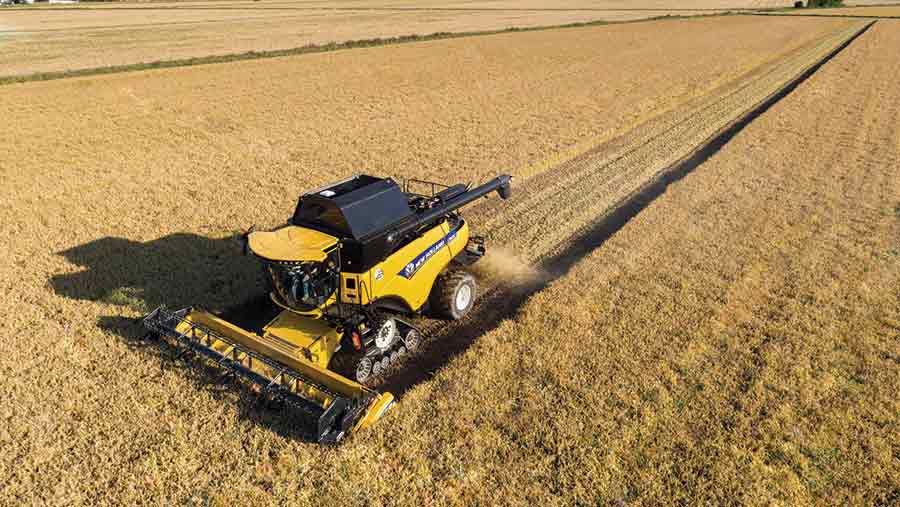 A new data-transfer package allows the combine to transmit its raw harvest data back to the portal. This includes an additional data transfer harness and a three-month harvest extra data subscription for £170.

If you want to run the same system on older machines or other models then you will need a universal installation harness that will cost a bit extra.

All Current Case IH 140-series and 240-series combines are pre wired for telematics and the same pricing applies as for New Holland versions.

As for Massey Ferguson, all Beta combine models and above come with a free one-year subscription to Agco’s AgCommand telematics package.

Data transfer via TaskDoc Pro starts at £1,580 on Centoras and Deltas depending on whether the machine comes with guidance or not.