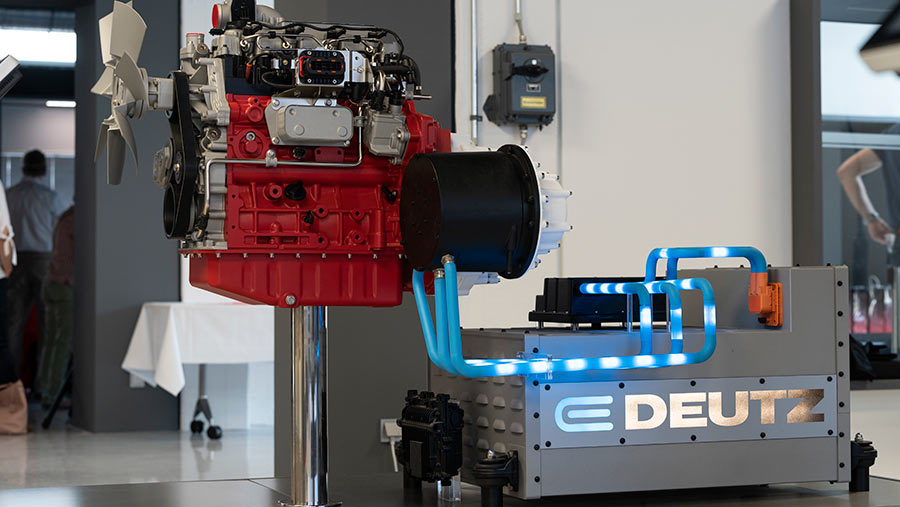 Engine builder Deutz is ready to incorporate electric and hybrid engines into construction and farm equipment, although the company remains convinced that diesel engines will remain the only option for heavy-duty traction.

Loader maker Manitou is the first to use the so-called E-Deutz hybrid engines, with its first prototypes (one fully electric, one hybrid) completed, although the date of the market launch is not yet known.

Deutz estimates that five years from now electric and hybrid engines will have a market share of between 5% and 10%.

Historically, Deutz is one of the largest suppliers of diesel engines for agriculture and construction use in machines made by Fendt, Deutz-Fahr, Manitou and – back in the day – Renault.

In order to acquire the knowledge and expertise in the field of electric engine technology and battery management, Deutz invested €70 million in the takeover of Torqeedo in 2017.

Torqeedo is a market leader in electric ship engines up to 136hp, which was founded in 2005 and employs 150 people.

In a short period of time Deutz and Torqeedo engineers have developed a modular programme for hybrid drive, called E-Deutz.

Depending on its application, the most fitting diesel engine, electric engine and battery can be combined within this modular system, offering 100% electric drive.