Apart from enormous silage operations and vast grain storage units, pivoting, fixed-reach loading shovels have never made huge waves in the agricultural sector and the telehandler remains the machine of choice for most farmers.

Comparatively, Volvo loading shovels are associated with the construction and quarry industries where the primary demand is for gigantic buckets and endless power.

However, the company also builds a range of smaller artic-steer loaders that can sneak into narrow grain stores and easily cope with the usual lifting and shifting tasks. Roger Pryor of Bollington Hall, Essex has always been a fan of these machines and talks us through his latest one. 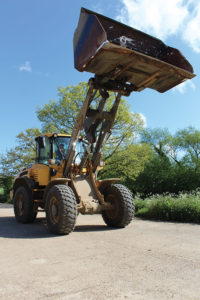 What did you have before?

Our previous machine was a Volvo 4200 that we purchased new in 1984 and served us very well for 30 years.

It was a slightly larger than our current model and was a great machine and pretty much faultless.

We don’t have a replacement policy for the loader unlike the crawler and combine in the fleet, which are chopped in every three to four years.

The biggest breakdown was when we had the diff go after 20 years of service.

We also noticed the transmission was becoming a bit sloppy and I could see a big breakdown coming on the horizon, so we decided it was time for a change.

What model did you go for?

There’s plenty of power from the four-cylinder D4H engine, which runs through a two-speed hydrostatic transmission and so far we’ve clocked about 550 hours.

What extras does it have? 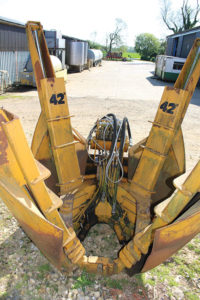 They are quite well kitted-up as standard so the only extra we added was a third-line service to operate a sweeper brush.

The external mirrors are heated and there is a reversible cooling fan.

The air-con is an upgrade we didn’t have on our old machine and keeps up even when it’s really hot.

Did you try anything else?

There wasn’t really any point – over the 30 years we built up a range of 10 attachments including three buckets, jibs for loading fertiliser, a homemade three-point linkage bracket and two tree spades.

If we changed the machine, all the attachments would need adaptor plates for the new headstock.

We did look at Cat telehandlers as the attachments would slot straight on but the purchase price soon ruled that out.

What do you use if for?

Grain handling is its main role but we have 50ha of woodlands and tree grab attachments so it has kept busy with that through the winter.

We also have a stone pit, which is dug out to fill in holes around the farm, and we buy loose granular fertiliser and process it into liquid for the sprayer. 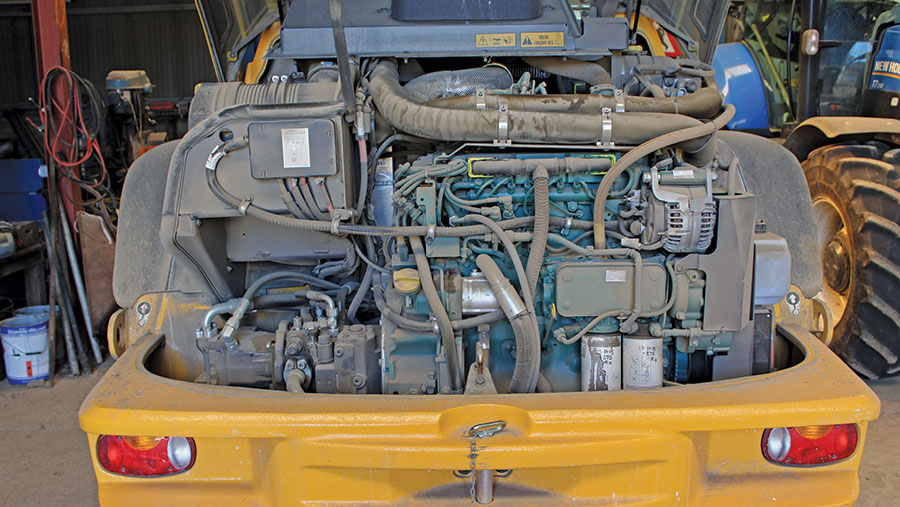 The visibility is superb – you’re sat on top of the machine with glass all around as well as being high. In that department, it smashes a telehandler out the water while in the stone pit it feels stable and not as uneasy on its feet as it looks.

It’s also very manoeuvrable in the barns, although the artic steer can take some getting used to.

We have a well-built long grain pusher, but it takes a delicate hand because a small twitch on the steering can see the grain walling take a hammering.

The hydraulics are smooth and strong, so we can comfortably spoon 29t on a lorry in 15 minutes with the 2t toe-tip bucket.

The most annoying thing is the exhaust regeneration.

When we first got the machine, we didn’t even realise it was doing it.

We kept switching it off in-between jobs when it was half way through a cleaning cycle, which it didn’t like at all.

We have got used to it but it’s frustrating as typically the farm loader is a very stop-start machine.

There’s no AdBlue on this model but I suspect our next machine will have it. 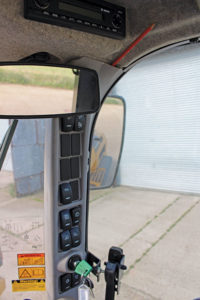 The external cab mirrors can also be difficult to fully view when sat in the seat.

The door pillars obscure a majority of the glass and require the operator to lean over to get a full sight.

We only put an average of 400 hours/year on the loader so breakdowns are minimal.

We had the first service carried out by Volvo but we will do the next one as access to the engine and transmission to the rear is pretty good and it will save us a few quid.

I made an error when I bought it as I should have gone for the 40kph box rather than the 18kph top speed we have.

We farm some land a couple of miles away and it feels tedious when travelling there.

What did you pay?

This was considerably better value than the quote we had for the telehandler equivalent and when factoring in all the attachment modifications for a different headstock, the purchase was a bit of a no brainer.

We even got a few quid back for our old 4200, which didn’t really owe us a penny after 30 years’ service. 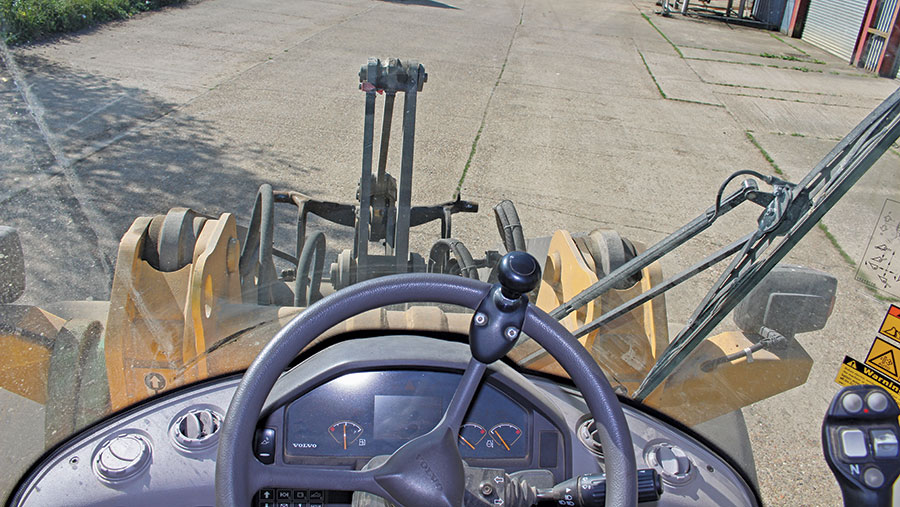 I wouldn’t have any trouble buying another.

Once you get used to them they really are a great tool and everyone who works on the farm enjoys driving it.

The Volvo dealership is only 20 minutes up the road in Duxford, Cambridgeshire and we have a good relationship with them.

The slow road speed does lose us a lot of time so we may look to replace the loader sooner than we first imagined.