The latest-spec 413S Agri is one of three JCB mid-range agricultural wheeled loaders to receive a round of updates that include the new CommandPlus cab first seen on bigger models in the range.

Apart from being roomier, quieter and having a more effective ventilation and window de-misting package, according to JCB, the new cab brings routine daily checks to the instrument panel and auxiliary oil flow adjustment from the driver’s seat – of which there are several choices. 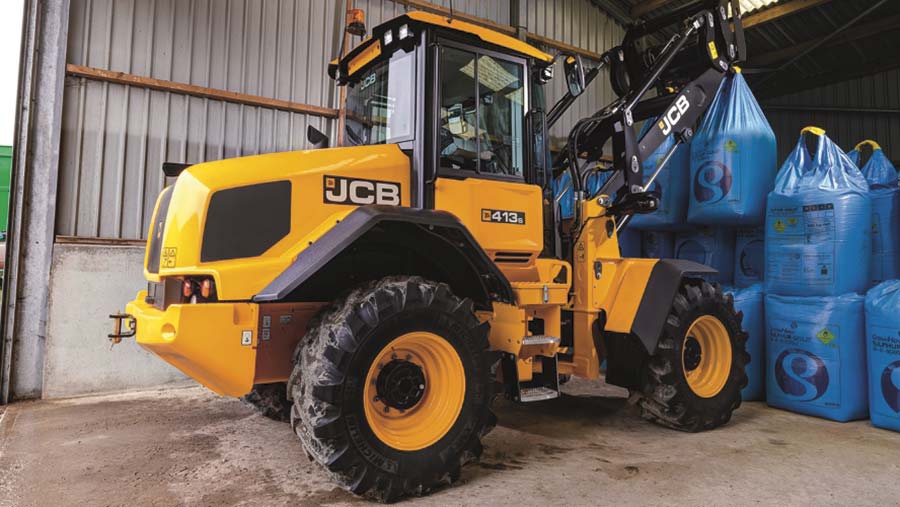 Bright LED lighting is a new option together with a High Spec package of extra equipment for the cab interior. There is also a choice of new seat-mounted multi-lever or joystick controls providing proportional control of all loader functions.

Both control designs have a thumb-operated forward/reverse switch to control the forward/reverse shuttle of the six-speed powershift transmission, and the powertrain’s strong towing ability and 48kph top speed can be exploited using a new fold-away hitch.

The 145hp JCB 413S Agri weighs in at typically 8.95t and delivers tipping load capacities of 4.6 to 5.6t with up to 3.61m of load-over clearance depending upon whether the Standard or High Lift arms are fitted.