Tests – whether they involve youngsters becoming qualified to drive a trailer or mature workers being assessed on a telehandler – may not be fun but they are an unavoidable part of modern farming.

You may be able to dodge them for a while, but in this increasingly safety-conscious and litigious world it is better to get them under your belt. In any case, it is likely that your insurer will soon be asking you whether you have taken the test.

See also: Taking your tractor test – all you need to know 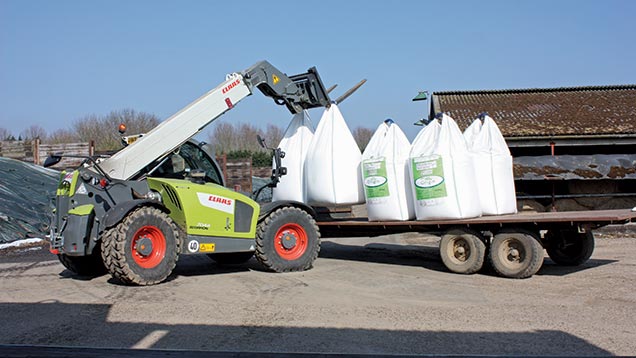 Moving two 1t fertiliser bags at a time from one trailer to another is part of the test.

It is believed only a minority of people using handlers on farms have done the telehandler test. However, that figure is likely to rise fairly quickly in the coming years.

Most common reasons for failing

To see what’s involved Farmers Weekly followed the three candidates – Mike, Jane and John – as they took their ITSSAR rough terrain telescopic FLT test on a farm in Suffolk with their instructor Julian Poulson.

Birds Farm near Lavenham, a tidy and spacious Strutt & Parker farm, was the venue. An almost-new Claas telehandler was on hand, with lots of concrete for manoeuvring and some big sheds for the slalom test.

Jane is a member of staff on the farm and her role is to shovel vast tonnages of maize into the farm’s new AD plant, so she had already used the Claas around the farm.

Mike uses a Sanderson 622 on the nearby family farm and wanted to be street-legal.

John, meanwhile, uses a Merlo P32.6 on a farm across the border in Essex and wanted to get the test under his belt.

The course kicks off in the morning with a half-day of advice and explanation about what is expected of them.

Then the candidates spend the afternoon and the following morning practising their skills. 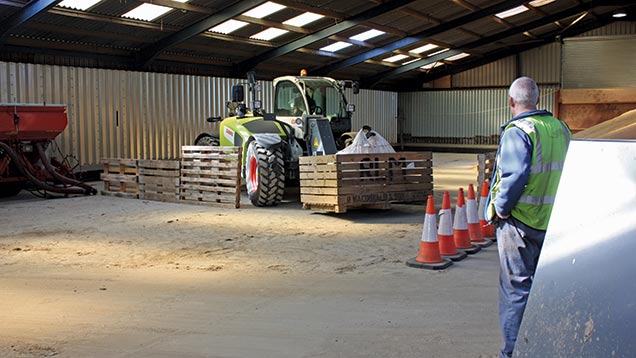 Finally, in the afternoon, they do the theory questions and then the practical tests straight afterwards.

The theory test involves 25 questions, 20 of them multiple choice and a further five open ones. You have to get 20 marks out of 25.

The practical test takes 40 minutes. If you exceed that figure, you get penalised at the rate of 1 point for every extra minute.

Examiners don’t like bad habits like overuse of the boom (instead of driving forward) and lots of running around with the boom fully out. 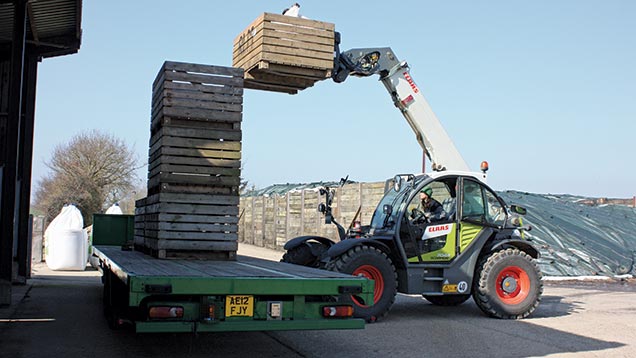 Did they all pass? Yes they did. There were a few faults (including not looking behind when reversing) but overall they did pretty well.

If you’re used to a fairly old machine, you’ll need a few minutes to get used to modern things like electric handbrakes, multifunctional controls and ultra-sensitive hydraulics.

Do I have to take take the test?

Yes. Under the oddly-named Puwer (Provision and Use of Work Equipment Regulations 1988) regs, you should.

However tens of thousands of farmers and their staff in the UK haven’t, and some probably haven’t heard of it at all.

While you won’t be prosecuted for that as such, if there’s an accident and the HSE is involved, there’s always a likelihood that they will throw the book at you, so it’s probably best to view the training as a form of insurance.

Telehandler accidents (some of them fatal) do happen with some regularity.

It depends. If you are already conversant with telehandlers, you can get by with a two-dayer. However anyone new to handlers is required to attend a three-day course. This would include an 18-year-old harvest student, for example. 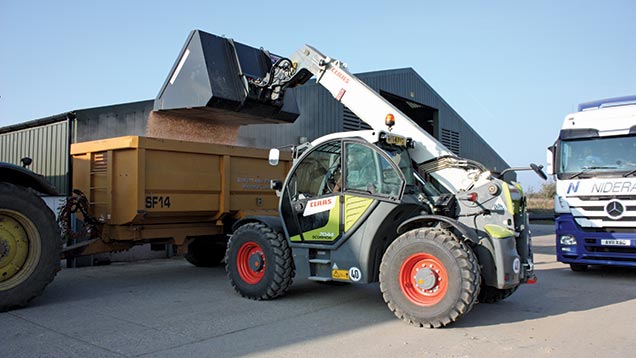 Bucket work involved moving grain from an indoor store to a trailer.

How many people are there likely to be in the group?

For safety reasons, three people is the maximum.

How many people fail the test?

Very few – Julian Poulson reckons that he has only had to fail five or six people in 10 years of being an instructor. However quite a few people come close to failing, so don’t get too blasé.

What happens if I fail the test? Am I not allowed to use a handler anymore?

You should probably stay off the handler until you get some further training.

Could you pass the test without ever having driven a telehandler before?

Yes, provided that you had experience of farm machinery generally.

What does the test cost?

Will I need to do the course again in the future?

Anyone using a telehandler should get retested every five years. It shouldn’t involve more than one day of tuition, though.

How do I find out where the nearest course is?

Three organisations provide telehandler training. Lantra and ITSSAR cover most farming-based courses, RTITB is more warehouse-sector based, while CPCS/CITB is more aimed at the truck side.

They accredit a number of individual training groups. The one our three attended was organised by Eastern Training Alliance in Suffolk, but they are run all over the UK.