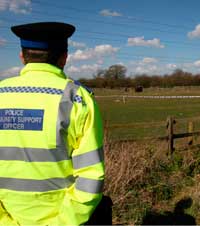 A tractor and plough, with a combined value of £250,000, have been stolen from a field in Oxfordshire.

It is thought to be one of the highest value single farm machines ever stolen.

The John Deere 9430T tracked tractor and eight-furrow Dowdeswell plough were stolen from Oxfordshire farmer and contractor DJW Contracting at 4pm on 23 February.

“The tractor was well hidden in a field miles from the nearest road,” said Dave Waters. “It also had a new eight-furrow Dowdeswell plough on the back that wasn’t in the transport position, so the landwheel must have been over the central white line when they moved it.”

The tractor was tracked for 20 miles heading towards Heathrow airport but then disappeared.

Ironically, its 4m width means that it would only have been allowed on the road with police notification and an escort vehicle.

Mr Waters even went to the trouble of going up in a helicopter for three hours to see if he could spot it. “I thought that they might take off the plough and that I would be able to spot that, but I couldn’t.”

Mr Waters said that he had gone for 25 years without a theft. But that all changed in October last year when a Deere 6820 and JCB telehandler were stolen from his yard.

“I’m not expecting to see this tractor again,” he said. “I’ve hired a machine for spring work and I’m told I may be able to get a replacement tractor in time for August.