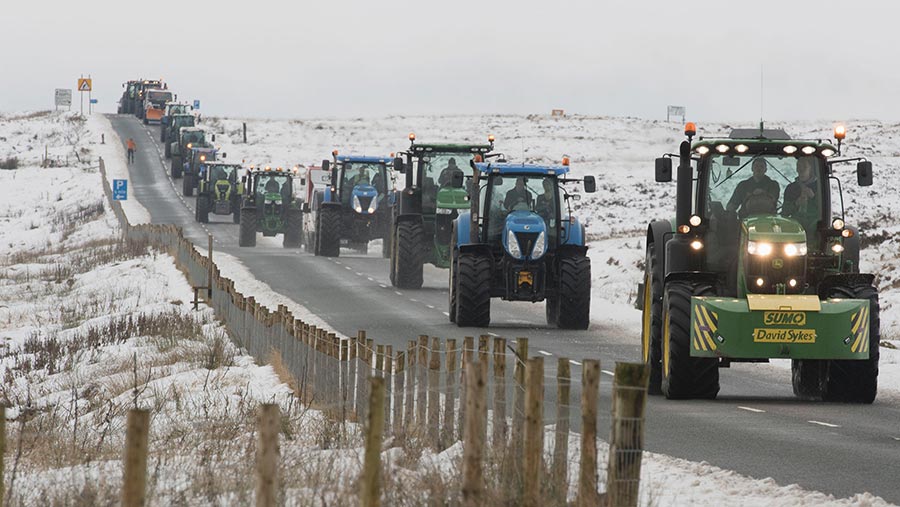 Organisers of tractor road runs and ploughing matches fear their events will be unsustainable should HMRC strictly enforce the rules around red diesel later this year.

In its 2020 Budget the government said it was removing the entitlement to use red diesel and rebated biofuels from most sectors from 1 April 2022.

Agriculture was one of very few sectors that was further permitted to use red diesel, but the “agricultural use” definition has been severely tightened.

HMRC permits the use of red diesel for “vehicles and machinery used in agriculture, horticulture, fish farming and forestry”, which means farmers and agricultural contractors can use red diesel during agricultural use.

Excavator operators can also use it if the job is agricultural. But if the job is on a construction site, the tank must be flushed out and white diesel used.

HMRC has also confirmed that the same rules apply to tractor road runs and ploughing matches.

Addressing a webinar organised by the Ulster Farmers Union, Michael Lyttle from HMRC said: “These wouldn’t be acceptable uses of red diesel.”

But he added that HMRC would continue to take a “pragmatic” approach, and would not be checking the fuel on all tractors on the back roads of Northern Ireland.

Mr Livingstone said: “We have been holding our event for 10 years now and have raised more than £650,000 for charities. It’s a total disgrace if tractor drivers will be forced to use white diesel.

“They simply will stop coming to the runs and it will be the charities that suffer.

“Northern Ireland folk are very generous with their time and money when it comes to charities. We never know when we may need one of them in our lives.

“No participant will flush the red diesel out of their fuel tanks to fill them with white just to go on a road run. This could spell the end of the tractor road runs, but we are determined to fight for our event and continue somehow to raise money for our charities,” he said.

This story was amended on 25 Jan 2022 to clarify that red diesel rules for agriculture will not be changing in April.