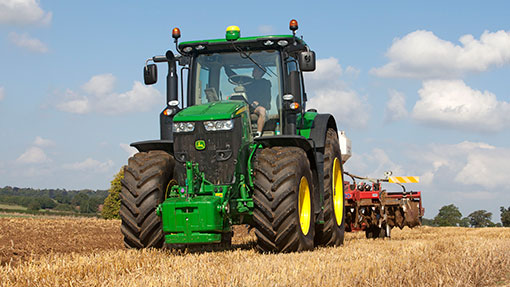 Crop prices may be as close to the floor as a belly dancer’s navel, but UK tractor registrations in the first nine months of the year are looking surprisingly perky.

According to the Agricultural Engineers Association, a total of 10,553 tractors over 50hp were sold in that period, an increase of 3.5% on the preceding year. At the same time, the average power of units sold increased by 2.7% in the period to 157.3hp.

As ever, some regions did better than others. The eastern and southwestern regions, which traditionally account for some of the biggest tractor sales, saw small rises compared to the same period a year ago.

Meanwhile farmers across the land are still buying bigger and bigger tractors. No surprise, then, that the 51-100hp band saw a drop in sales from January to September 2014 of 17%, while the 100-120hp and 120-140hp sectors also saw falls in popularity.