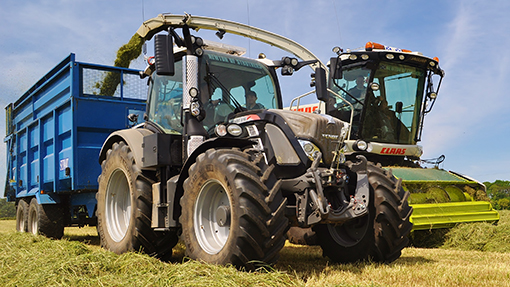 Tractor Spotter has been on the hunt for pictures of you and your machines at work.

And with the grass season in full swing we’ve been flooded with images of foragers, mowers and balers in action. Below are a few of the snaps that have recently popped into the machinery desk inbox.

Want to see your machine featured in the next gallery? All you need to do is email your pictures to james.andrews@rbi.co.uk.

Just make sure you let us know the make and model of the machine, who’s driving, what it’s doing and where it’s doing it.

You could be spraying, rolling some grass or filling the feeder wagon. All that matters is that the picture is recent and the machine is working rather than sitting pretty in the yard.

It doesn’t have to be a tractor either. Tractor Spotter is equally happy to see other machines such as foragers, rape swathers and sprayers in action. 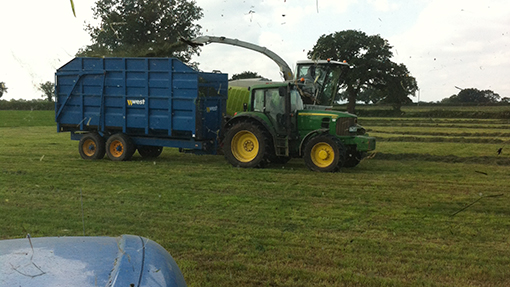 Russel Vernon side loading his John Deere 6930 premium from a claas 960 Jaguar, driven by Mark Adams for Rees Contracting. The pair were collecting first cut silage at Mottisheads farm near Bangor-is-y-coed on 17th May. Picture taken by Jonathan Rees.

Graeme Rhind knocking down demonstration plots ahead of the Grasstech 2014 event held at Plewlands, Duffus on 27 May. The tractor is a Fendt 939 and it’s hooked to a set of Krone B1000 triple mowers. Picture taken by Claire Rhind. 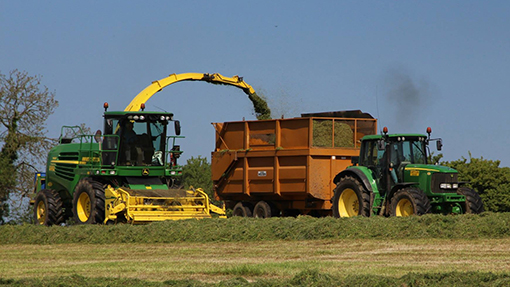 Toby Gregor and his John Deere 6920 collecting silage from a 7450 forager at Yarlington, Somerset. The picture was taken by Peter Nash on 18 May. 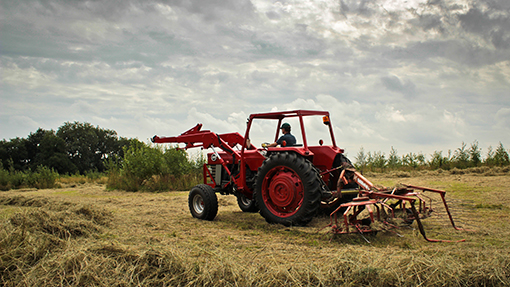 Stephen Briggs haymaking at Alvecote Wood, Staffordshire with a 1974 Massey Ferguson 188 Multipower he restored himself. The picture was sent in by Sarah Walters. 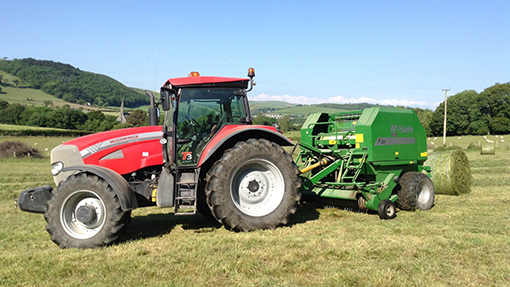 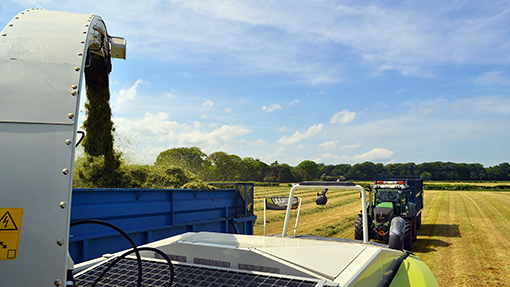 Claas Jaguar forager belonging to Newton of Struthers contractors, Kinloss loading an AS trailer attached to a Fendt 936. Picture taken by Claire Rhind.