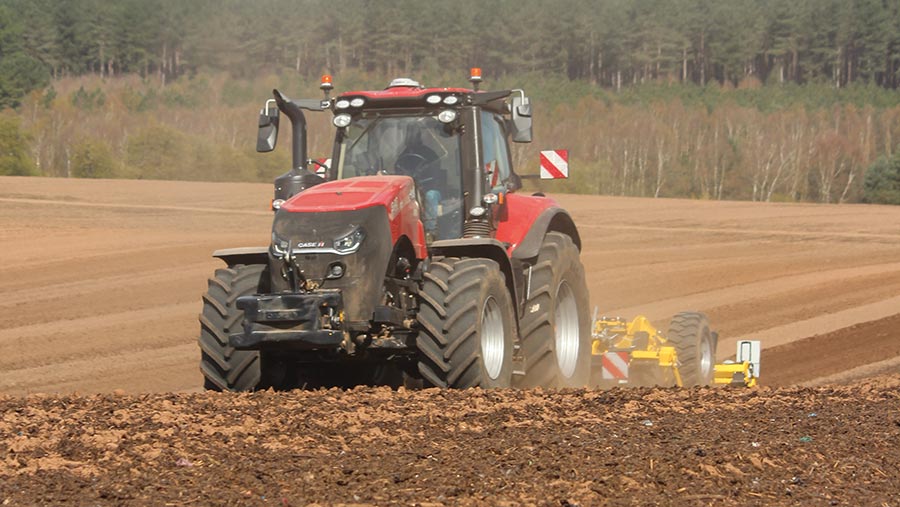 Case-IH has cloaked its new Magnum range in an overcoat of technology as it bids to keep pace with the front runners in the high-horsepower tractor market.

The original Magnum, which debuted back in 1988, was considered a game changer in the power segment – its big cab and easy powershift controls making it a top seller for the best part of a decade. Since then, the firm has notched up more than 150,000 sales globally.

However, there had been no major updates to the cab or controls for 12 years and, in the meantime, the likes of Fendt, John Deere and Valtra all launched swish, customisable armrest and screen combinations. That meant the big Magnum tumbled down the pecking order, with UK sales now amounting to roughly 30 units/year – with the lack of development in the Wisconsin-built machines leaving some operators craving, and finding, neater packages elsewhere.

With that in mind, Case is putting a lot of store into its new operations software, which falls under the AFS banner, and is hoping the redesign will put it back in the conversation – particularly considering it is priced very competitively.

To get an idea of how the changes stack up, we took a Magnum 340 for a morning’s test in Northamptonshire.

Case has chopped and changed the line-up to avoid overlapping with the smaller, nimbler Optum range. This has meant ditching the two models at the base of the fleet – 250 and 270 – and introducing a flagship 400hp unit to sit atop the 310, 340 and 380.

The new Magnum 400 is only available with a brand-new 21×5 powershift gearbox that is capable of coping with the 435hp maximum power. The smaller 380 model can hit 435hp, too, but only via a boost function on certain pto and hydraulic applications to avoid overloading the transmission. By comparison, it’s available all of the time on the 400.

This additional model may be an attractive proposition for anyone after a high-horsepower powershifter, particularly as the previous biggest non-CVX Magnum was the 340 (the best-selling 380 is CVX only). It is likely this new transmission will be seen elsewhere in the CNH portfolio in due course, given the cost associated with developing it.

There are no significant changes to the six-cylinder, 8.7-litre FPT engine, aside from tweaking it to meet Stage 5 emissions regulations. But Rowtrac versions (tracks on the rear axle) are now only available on the 380 and 400 tractors, having previously been an option throughout the range. 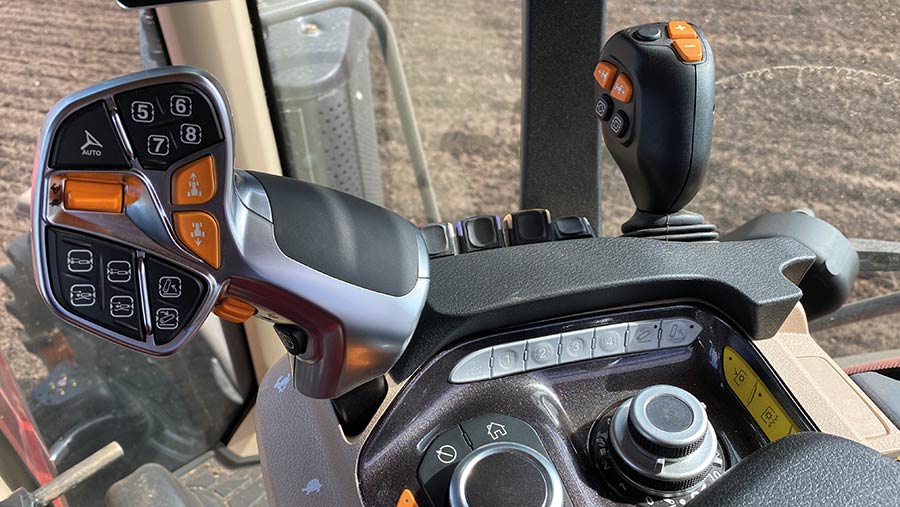 Changes in the Magnum’s cab centre around replacements for the old Multicontroller armrest and what had become its rather clunky AFS Pro 700 touchscreen.

As with most modern cab redesigns, the focus has been on customisation and, to that end, there are eight assignable buttons – four of which are on a panel next to the spools. Similarly, any hydraulic valve can be assigned to the paddles, which change colour to match the coding on the rear spool block.

The armrest has a new central rotary dial to allow for quick access to frequently used settings such as hydraulic spools and transmission, but there are also hot keys for most of them.

A sleeker joystick has a dedicated autosteer engage button for the first time – something that was missing from the previous generation – as well as controls for speed, gears, two spools, headland turn activation and four assignable buttons.

The bigger and brighter 12in AFS 1200 screen is an undoubted improvement, but the basic menu and display structure is pretty similar to before.

There’s still a series of tabs along the bottom for flicking between runs screens, which include GPS maps and Isobus, as well as transmission settings down the left side and a menu bar at the top. Users can also add up to four camera inputs through the screen. 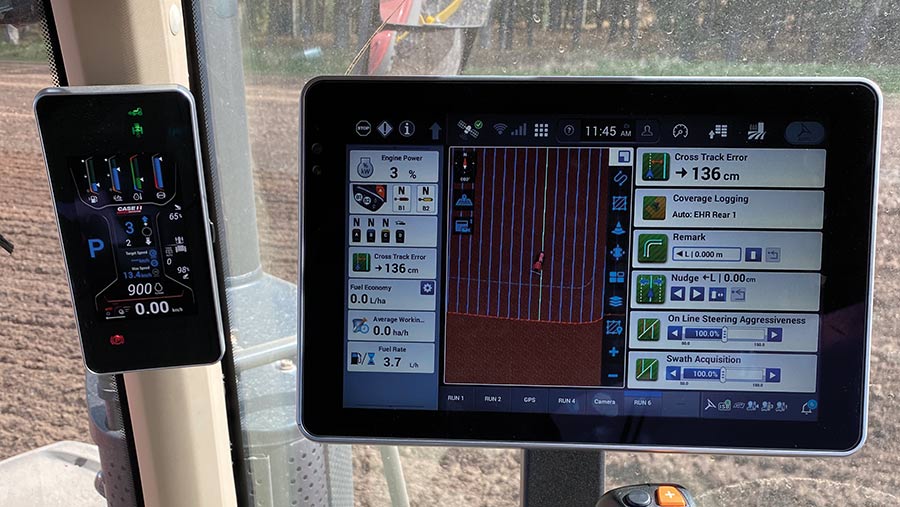 Usefully, the monitor can now run in a split format that allows the simultaneous display of GPS and work read-outs, saving the aggravation of tapping through the separate tabs.

The screen acts like a tablet, so it’s possible to use thumb and forefinger to zoom in and out of maps. However, we did find it a little slow when moving between pages, which often take a second or two to load.

One slight downside is that the run screens are still just that. To alter settings, operators still have to track down the necessary page using the rotary dial or armrest button, rather than just tapping a particular detail for immediate access.

The cab infrastructure is likely to be rolled out to Optum, Puma and Vestrum models in the future, although there is a no official timeframe. The first AFS Quadtrac is already in the UK.

Like most of its rivals, Case is majoring on the ability to capture data in the field and share it with third parties.

All the information is owned by the farm but, if access is granted, dealers can view service intervals and error codes, ordering and preparing parts for potentially quicker fixes.

It means service engineers can diagnose problems wirelessly (in some cases) before heading to the tractor with the correct part to minimise downtime.

Users can access the data on a web-based MyCase-IH platform and if the tractor is sold, the serial number can be registered with the new user so the telematics software can still work.

At long last, Case has a cab platform fit for the 21st century, with endless customisation options, and a sleek design capable of rivalling the competition. Though it doesn’t do anything its opponents can’t, the attractive price point represents serious power per pound sterling. Paired with the new cab, it could well tempt a few buyers away from the German staples.