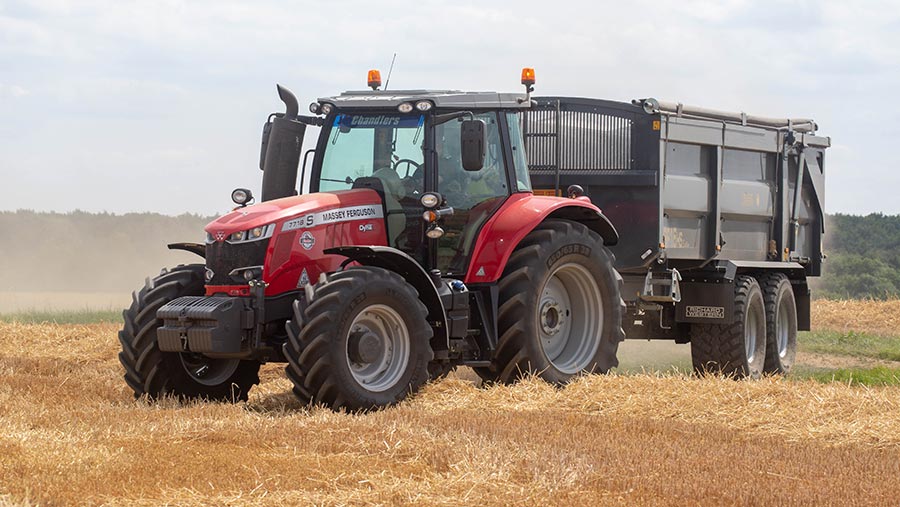 The biggest red tractor brand on the market got even bigger in 2017, after farmers gave Massey Ferguson a strong vote of confidence by purchasing 1,973 tractors.

This was 539 more than the previous year and grew the firm’s market share by 2.4% to 14.3%, higher than it has been in the past five years. This helped parent company Agco, which also owns Fendt and Valtra, to command more than 25% of the total UK tractor market.

The figures released this week by the Agricultural Engineers Association are delayed by 12 months under European legislation, meaning 2018 sales figures won’t be available until next year.

John Deere shifted 3,915 units, 565 more than the previous year, maintaining its position as the UK’s most popular tractor brand with an 0.5% increase in market share at 28.4%.

Some of the growth in these brands can be attributed to an increase in the overall size of the tractor market, which saw a 12.4% growth in sales on the previous year, but not all companies were able to benefit.

Between them, John Deere, Agco and CNH command 77% of the tractor market, with the seven other brands listed having combined sales of less than John Deere alone.