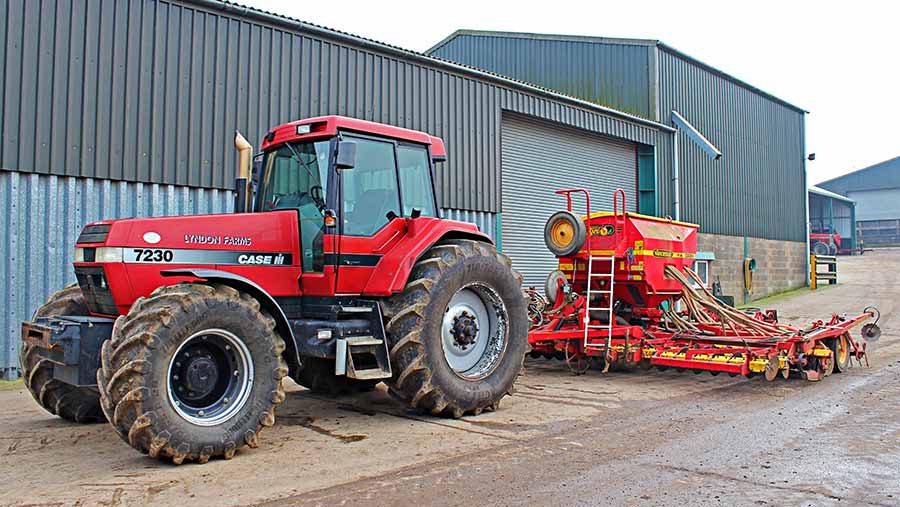 After a series of pricey breakdowns with newer tractors, Leicestershire contractors Leon and Simon Smith decided to try some older, simpler horsepower.

The pair’s mechanical woes came to a head back in 2006 when they bought a particularly troublesome McCormick XTX215. The tractor arrived in January, fresh off the production line, but immediately started playing up.

Their local dealer, AT Houghton, stood by it and kept it running, but come October it had packed in yet again and they were without a tractor capable of pulling their JF FCT 1350 forager.

As luck would have it, AT Houghton had recently taken in a tidy 1997 Magnum 7230 that, with 215hp on tap, looked to be just about up to the job. They bought it with 3,500 hours on the clock and put it straight to work.

Ten years on, it is still one of the farm’s frontline tractors and has just nudged past 6,700 hours. Farmers Weekly finds out how it has performed during its 10 years in office. 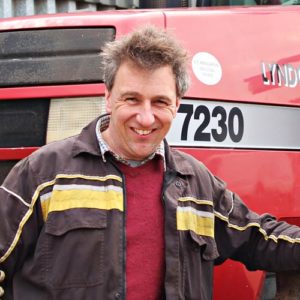 There are plenty of reasons, but the main ones are that it’s simple, reliable, pulls well and is surprisingly comfortable to drive.

We’ve also had some other pretty disappointing experiences with new tractors. Just after the 7230 arrived we bought a Magnum 310 that could barely do a day’s work without something going wrong.

It was horrendous – the clutch packs went, the front diff packed in, the hydraulics were never working properly and the steering valve had to be replaced, all in a very short space of time.

With older tractors you never used to worry that you only had a 12-month warranty. But new ones are so complicated and potentially troublesome that you’re taking a real gamble if you run one outside the warranty deal.

How much power has it got?

When we hooked it to a dyno, it was putting out 215hp. It certainly isn’t the most powerful tractor we’ve got, but it’s got so much torque that it’s near impossible to stall it.

That meant it was super smooth and gentle when we had it on the forager.

If you hit a lump it would just drag the engine down and as the load lightened it would pick straight back up.

We considered turning the pump up to give it a bit more go.

However, almost every tractor we’ve had that someone’s tampered with or chipped has been a disappointment, so we decided to leave it alone.

Surprisingly, it goes a lot better than the 7250 we bought in 2010 to run alongside it, even though that’s meant to have 50hp more.

Both have the same engine and running gear, but the 7250 has an intercooler and seems to be set up a bit differently.

Whatever those differences are, it means it doesn’t have as much torque as the 7230 at the bottom end. 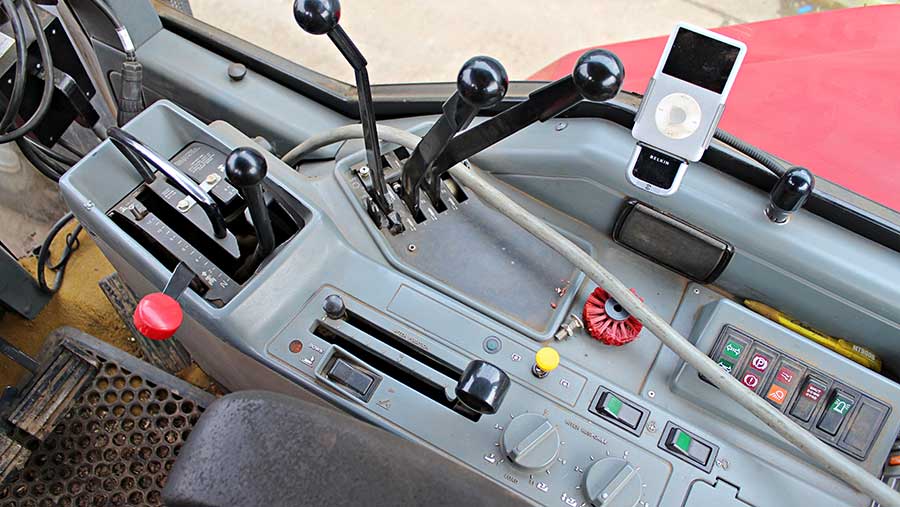 What do you pull with it?

The 7230 spends most of its time hooked to a 6m Vaderstad Rapid, which it manages to pull just fine.

We tend to drill at a steady 10kph and will comfortably cover 45ha in a day.

It doesn’t fly up the banks, but you just have to accept the fact you need to drop a couple of gears.

In total, it drills around 500ha of cereals a season with the Rapid, plus some oilseed rape sowing with the farm’s 4.6m Claydon V Drill. It also does the odd stint with a 3.2m Cousins V Form.

This season we’ve stopped tramlining with the Rapid and are relying on the sprayer to put the wheel marks in with GPS.

We’ve steered clear of using GPS on the drill, but we’ve set the markers so that we run at a full 6m and we’ve added an extra coulter on each side to make sure we don’t get any misses.

In the field it’s a really relaxing tractor to drive, but when you take it on the road it’s sluggish, bounces around, is noisy and generally pretty unpleasant.

The powershift transmission also isn’t suited to road work, particularly when you get to a junction and have to notch back through all the gears.

But that’s why we’ve got the Fastracs. Any tractor that tries to do everything is a compromise so we prefer to have a larger number of second-hand machines that are perfectly suited to one or two tasks.

We’ve also got the Cat 755B crawler, which is almost permanently hooked to our KV Stubble Finisher.

Thankfully it’s got very few vices, but we have had to do a few things to it over the years.

The biggest outlay was for a new pto pack that cost £1,500. We think this was damaged when the pto on the forager snapped and jammed against the drawbar, stopping the tractor dead.

The exhaust also rotted through, so we got a local fabricator to make us a straight-through stainless steel version, which gives it a real bark. That set us back about £250 and we spent another £200 on a kit to rebuild the power steering ram.

Other than that, it’s just had the odd hydraulic hose and light bulb.

As a test we’ve converted one side to lorry studs, which seem to be doing the trick, so the other side is one the to-do list.

We also pushed the front weight frame further forward as the 600mm tyres would hit the weights before the steering got to full lock.

The next job is to redo the door hinges, which have worn and sagged over the years meaning the door doesn’t shut properly. The gas strut could do with replacing, too.

As an aside, we recently treated it to a new set of BKT 710/70 R38 tyres on the rear. They were about half the price of the Michelins they replaced and they’ve been performing just as well.

Are you running any other older tractors?

Most of our tractors are getting on a bit and have got plenty of hours on the clock.

The only newish tractor on the fleet is a Case-IH Puma 230 that spends most of its time forage clamping and ploughing.

It’s all too easy to focus on the newest tractors and farm machinery. But at Farmers Weekly we’re always interested to hear from people who are clocking up long, hard hours on older, quirkier kit.

So if you’re still regularly using a machine that’s a bit different or particularly long in the tooth, please get in touch by emailing oliver.mark@rbi.co.uk.