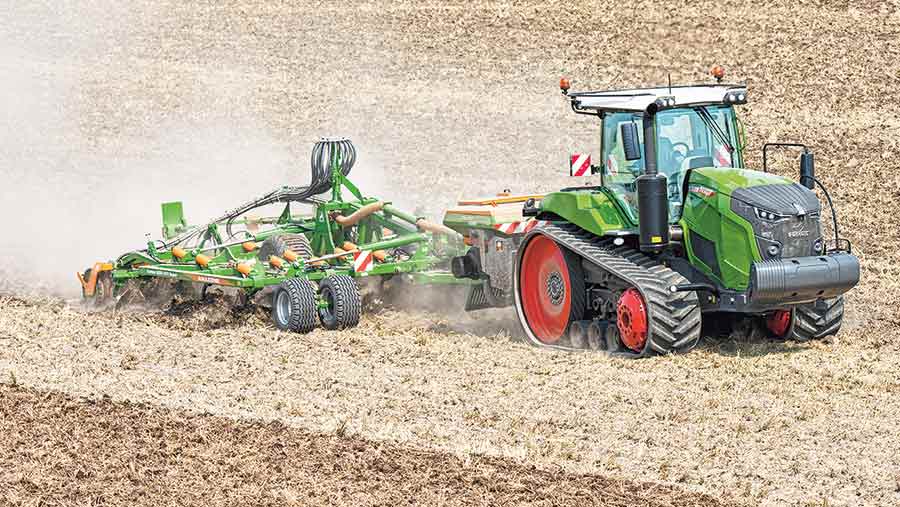 For the past 15 years, the Challenger brand has been reserved for the highest horsepower machines Agco has to offer.

But, in a statement last month, the group revealed the trademark yellow paintwork would be dropped in Europe, with all machines switching to Fendt livery.

That included the entire range of tracked tractors and all Rogator self-propelled and trailed sprayers.

Understandably that got people talking, and the most anticipated change in the reshuffle was how Fendt would go about modifying the much-loved crawlers.

(See the manufacturer’s video of the Fendt 943MT Vario in early testing and read the full report below).

First launched by Caterpillar in 1986, these machines have appeared in a number of different guises, including being draped in Claas clothes for a period before being taken over by Agco in 2002.

During that time they’ve built up a loyal base of fans in the UK, some of who will be wary of how the US-built crawlers will be altered.

So what’s going to change? The 700-series machines will get the biggest update during their morph into the Fendt 900MT Vario range.

As the name suggests, these will be fitted with Fendt’s Vario transmission, rather than the powershift of old. This continually adapts to changing conditions, giving stepless shifting right up to the top 40kph road speed, which is now maintained at only 1,500rpm.

This ties in with the German giant claiming the new models are quieter both in the field and on the road, thanks to the rated engine speed being dropped from 2,000rpm to a lower 1,700rpm.

The transmission change also means the decelerator pedal, synonymous with Challenger tracklayers, has been replaced with a conventional accelerator. 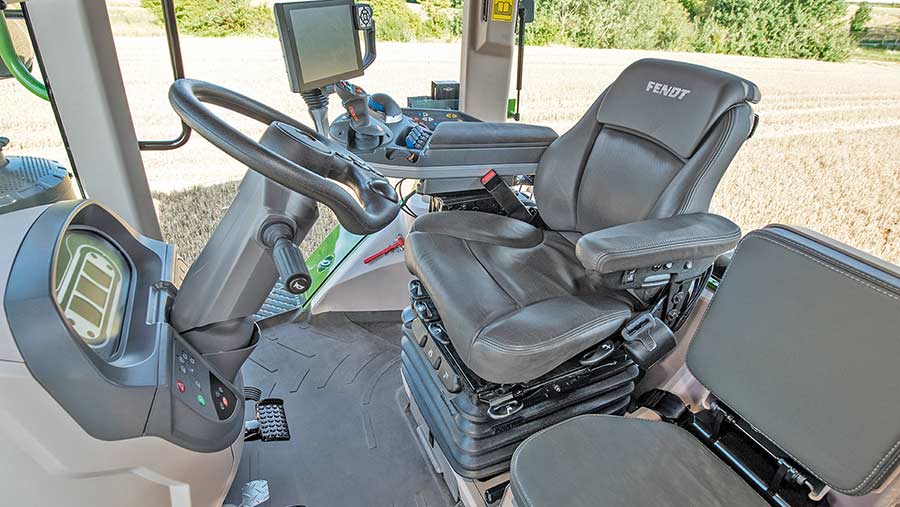 On top of the colour change, these smaller tracked models have been given a Fendt cab, which is identical to the one fitted on the wheeled 1000 Vario models.

This comes with a 10.4in touchscreen – housing auto-steer guidance and variable rate application functions – and has the option of a small or large Fendt joystick.

There’s also a fridge and a few fancy add-ons such as steering-wheel-mounted radio buttons.

Just one spec level will be offered, which we are told sits between Fendt’s two existing Power Plus and Profi Plus options.

At the business end, Fendt is giving the option of twin 220-litre/min hydraulic pumps running on different circuits.

This means the tractor has plenty of hydraulic power in reserve, even when one circuit is being worked flat out lifting an 8m cultivator out of the ground, the other can be powering less demanding roles, with no power loss, the company claims.

Up to six spool valves can be fitted at the rear with a standard flow rate of 140 litres/min. However, there’s an option to push this up to 170 litres/min for more demanding implements.

These are also available with either standard three-quarter inch couplings or the new flat-face versions which minimise oil loss and are easier to clean, preventing dirt getting into the system.

All models will be fitted with the same 9.8-litre, 7-cylinder Agco block as the outgoing Challenger models, but this has had a couple of tweaks to fit in with the new transmission.

Production of the 900MT range will also continue at Challenger’s Jacksonville factory in the US, with the first units going on sale after Germany’s Agritechnica show, which takes place in November this year.

Apart from a trip to the Fendt paint shop, the larger 1100MT crawlers are identical to the outgoing Challenger 800 series.

Even the Challenger logo still adorns the centre of the steering wheel, with the powershift gearbox and 16.8-litre 12-cylinder Agco engine also staying in place.

However, Fendt reckons it will soon be able to offer the highest-horsepower CVT tracked machine on the market, so it’s likely the makeover given to the 900MT range will soon work its way up.

For now, the Vario gearbox can’t cope with the extra power so it will need some modifications before this can happen.

The luxury machinery giant has also invested at the other end of the power and fuel spectrum with the electric 100e, which can run for up to five hours in normal operation.

The compact machine has a 50kW power output from a 650V lithium-ion battery and can be recharged to 80% capacity in just 40 minutes.

It can be fitted with standard pto and hydraulic couplings making it suitable for use with standard, albeit low-powered, agricultural equipment.

Fendt believes the sort of users who could benefit from the 100e would be local councils working in city centres where pollution is continually scrutinised, or farmers carrying out multiple small jobs during the day.

Maintenance costs are also brought back down to earth as consumables such as oil, AdBlue and filters are no longer required. Testing will take place on selected farms during 2018. 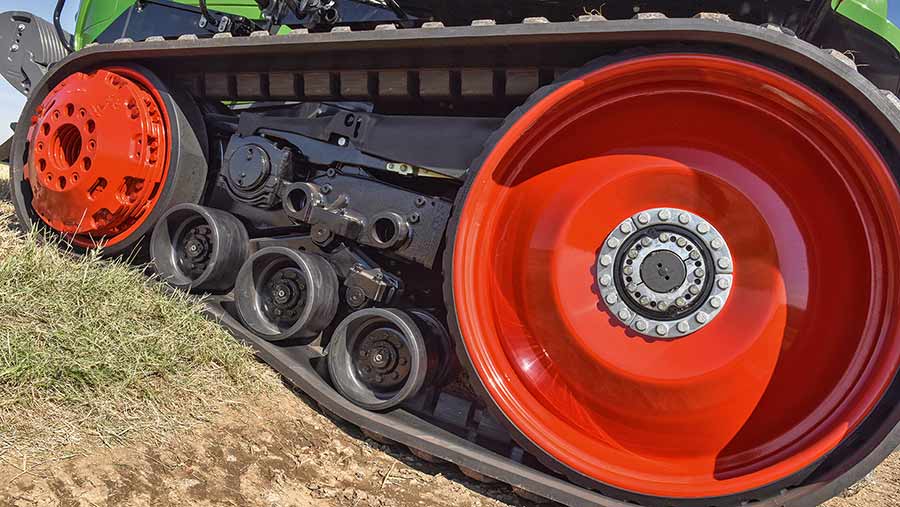 Agco’s decision to hand the Challenger brand to Fendt maintains its position a few steps ahead of the group’s other machinery makers – Massey Ferguson and Valtra.

This move has also coincided with Germans getting the largest chunk of Agco’s £227m ($300m) research and development budget in 2016.

All this means that by 2020, Agco customers will see even more distinct differences between the Fendt, Valtra and Massey Ferguson brands. For US customers the Challenger brand will be staying put, though.