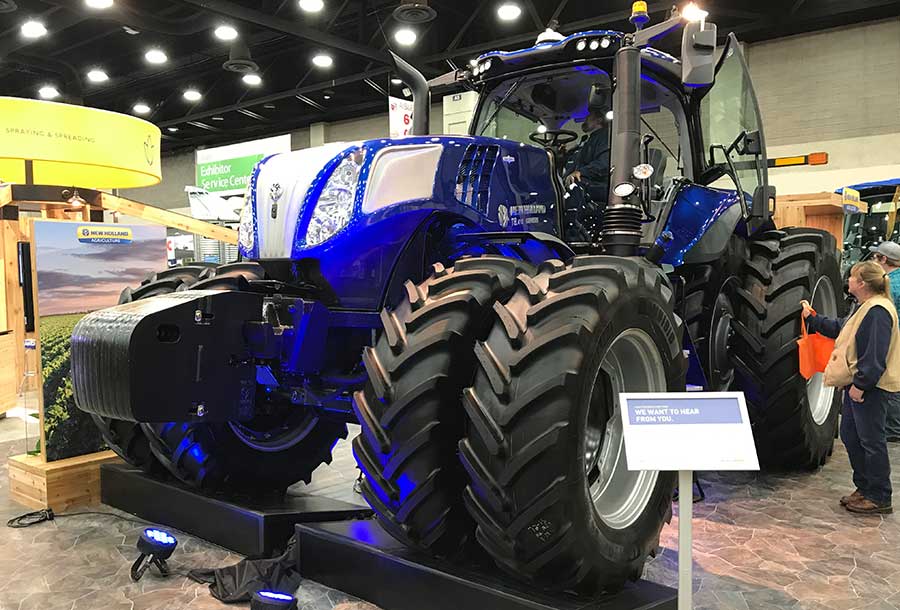 As with its sister brand Case-IH, the T8’s redesign is focused on the technology additions to its Precision Land Management (PLM) platform rather than any significant hardware changes to the driveline.

See also: Tips for getting the most out of your JD 6930 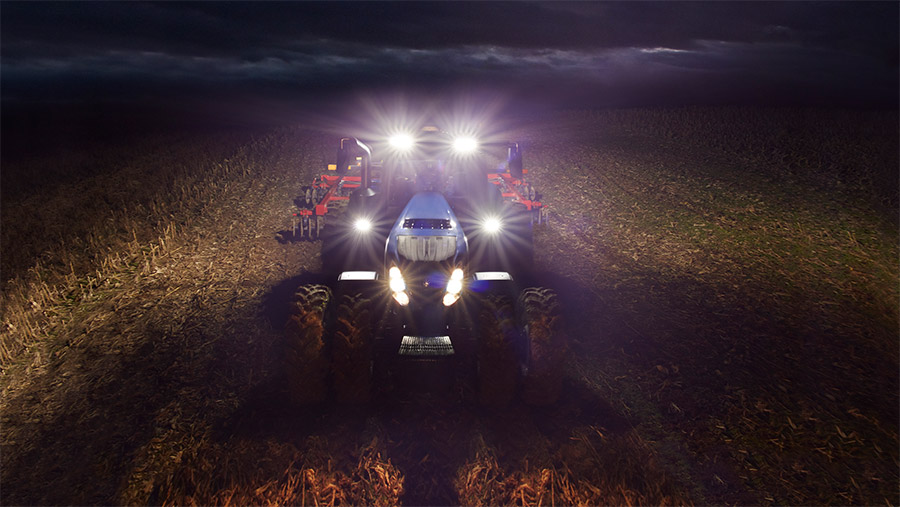 Central to the redesign is a new armrest, which NH says has 30% fewer buttons to simplify the driving experience. This has been achieved by integrating the controls in the new 12in touchscreen, as seen on the equivalent Case-IH Magnum.

The Intelliview 12 display has been built in house by CNH-i and gives the firm control over how it designs the layout and integrates software from its digital partners. These include Farmers Edge and Trimble, and should make life easier when using complicated prescription maps for variable-rate applications.

There are nine programmable buttons on the joystick and armrest, which can be assigned to any one of 120 different controls, while the seven customisable run-screens on the touchscreen can be swiped between, much like a tablet. 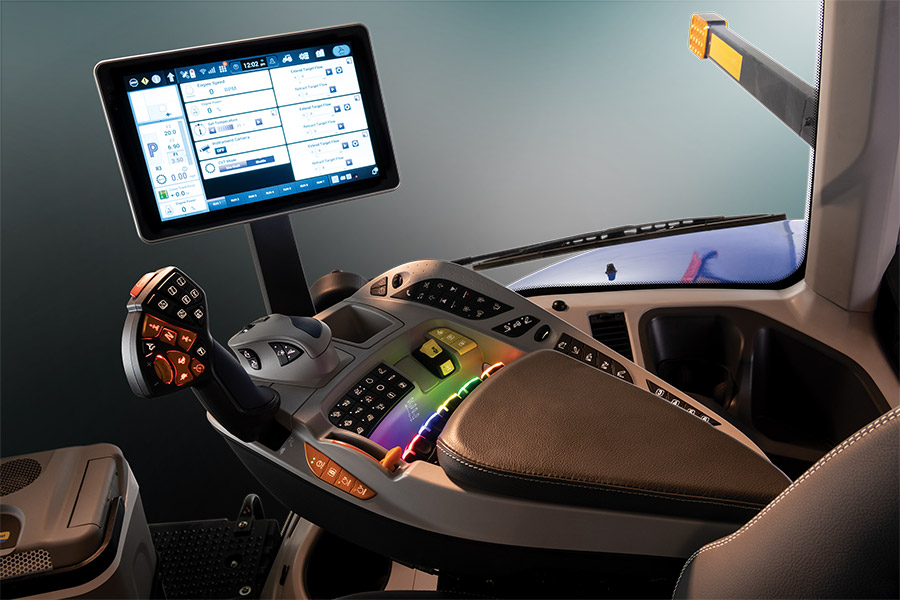 Hydraulic valves can be switched to different paddles and will be indicated by a changing LED on the paddle itself.

All the frequently used buttons are banked along the top of the screen, giving quick access to pages and small camera boxes can also be programmed to pop up when reverse is selected.

One noticeable change from previous T8s is the A-pillar display, which has now vanished and been replaced with a car-like dashboard. This houses digital rev and speed counters, along with fuel readouts and warnings displayed in a colourful, sleek set-up behind the steering wheel.

Along with the cab changes, New Holland has integrated its Precision Land Management (PLM) tools into the T8’s DNA.

Capable of running over 4G signals, NH’s remote access makes it possible to diagnose issues before a technician is dispatched to the field. Similar to the new Magnum, software updates can be administered remotely – made easier because all the hardware, including displays and receivers, are built in house by CNH. The T8 also has Bluetooth and wifi capabilities on board. 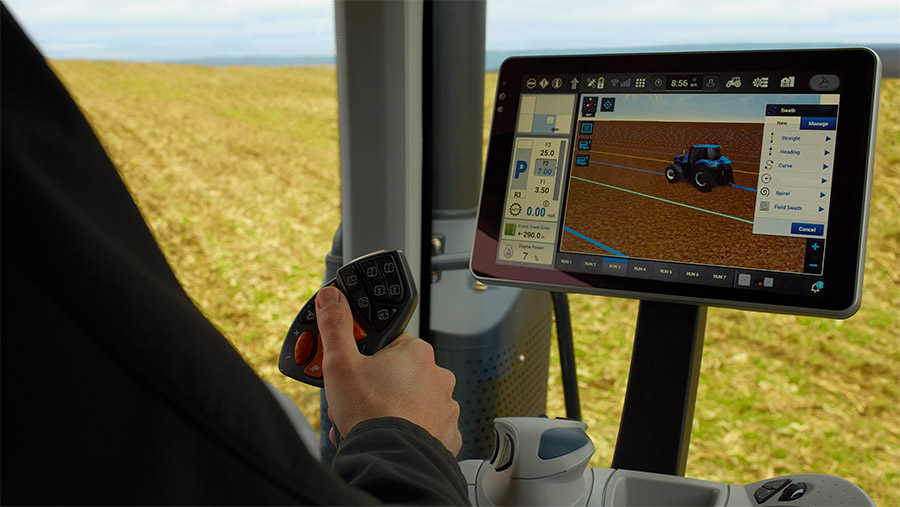 Although dealers can connect to screens to view real-time data, they can’t make any changes to the tractor without being there.

However, a laser pointer can help dealers guide operators by highlighting where to tap on the screen to try to fix issues without being there in person, provided the signal strength is good enough. From this, they can also see Canbus logs and fault codes.

NH says these new “connected” machines are still compatible with older models and therefore can all be seen on fleet management tools.

T8 models will now come as standard with the PLM tech and the likelihood is that Europe will see these machines during 2020. Other tractor models will receive these upgrades next, with combines and foragers to get the tech in time.