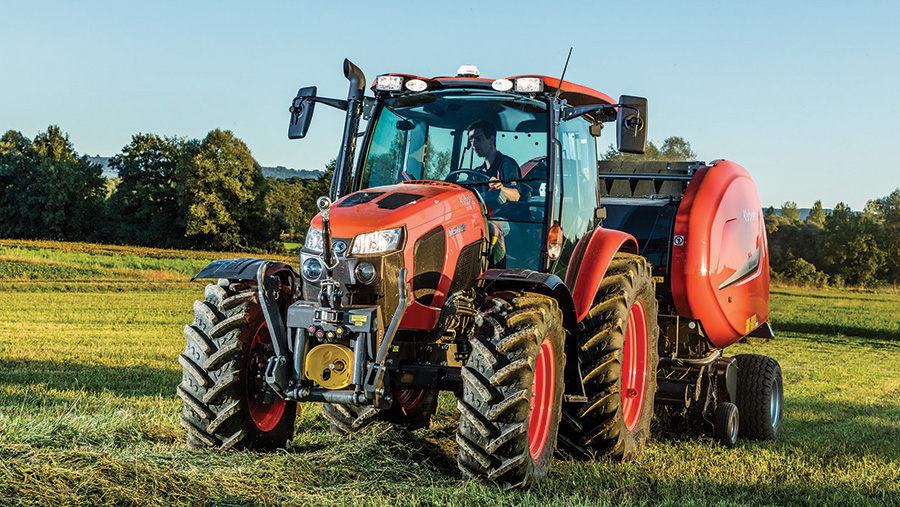 Kubota’s smaller M-series tractors are the latest to bow to the pressures of tighter Stage 5 engine emissions regulations.

These include two M5 models – the 96hp M5092 and 115hp M5112 – that use a diesel particulate filter (DPF) with an extended 6,000-hour service interval, diesel oxidation catalyst (DOC) and selective catalytic reduction (SCR) for exhaust after-treatment.

Power comes from the same 3.8-litre, four-cylinder engine, which runs through a 36-speed transmission with an overdrive ratio to deliver a 40kph road speed at reduced engine revs. Features include dual engine rpm memory settings, hydraulic shuttle control and the inclusion of LED work lights.

There is also the option of electronic rear linkage controls that can replace the mechanical arrangement. This adds link arm raise/lower and pto activation buttons to the left-hand rear mudguard, and a 1,000rpm pto speed is available as an alternative to the standard 540/540e setup.

As before, the spec extends to a 64 litre/min hydraulic pump and Cat 2 rear linkage with a 4.1t lift capacity. Both M5002 models can also be fitted with a Kubota LA1854 front-end loader and an optional fourth hydraulic service.

The M4 range includes the 66hp M4063 – available with a rollover protection structure (Rops) frame rather than a glazed cab – and the 74hp M4073.

These run a 3.3-litre, four-cylinder engine fitted with a DPF and DOC in a single canister, integrated beneath the bonnet to avoid compromising views from the cab. 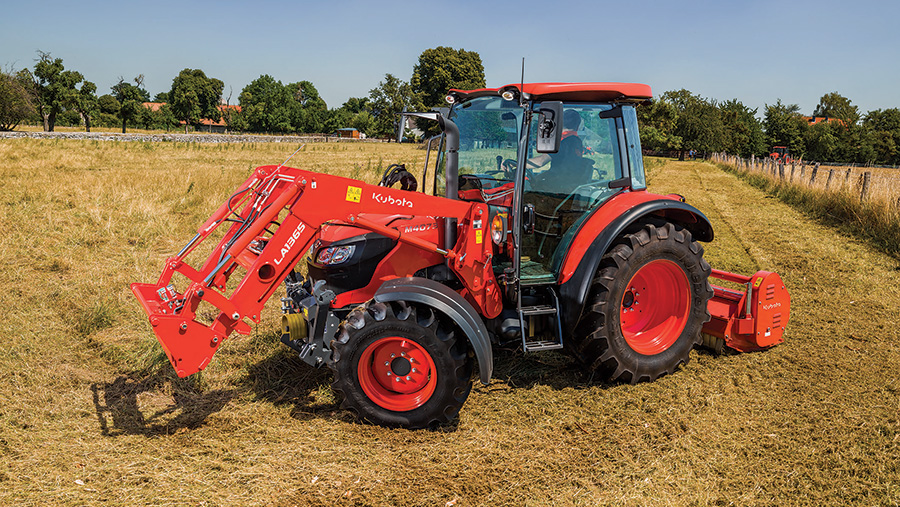 The M4’s gearbox carries six synchronised speeds in three ranges, but the transmission is also available as a 36×36 on the larger M4073 model with the addition of a high/low splitter.

The rest of the spec is pretty similar to that of the M5s, aside from the 2.5t rear lift limit.