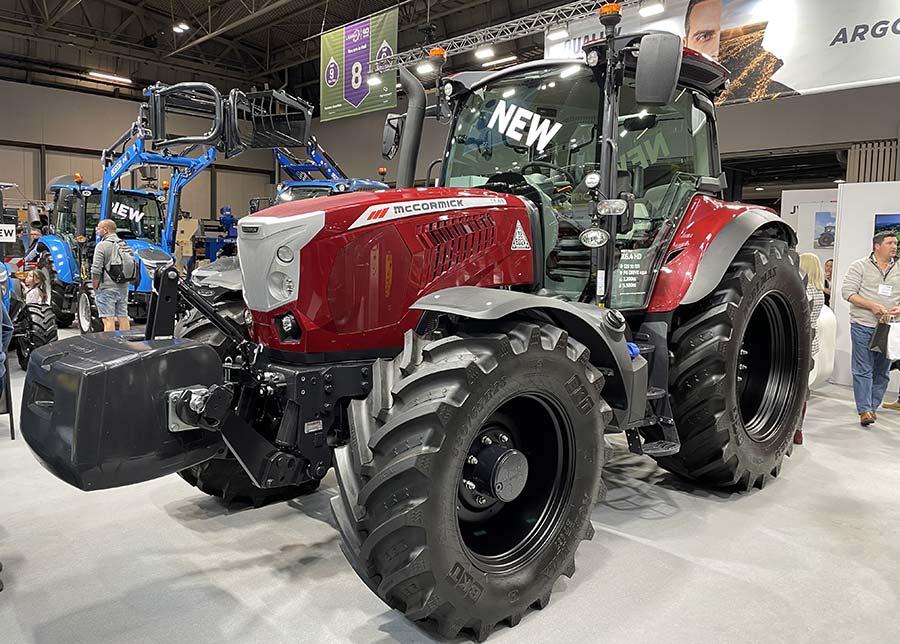 McCormick has beefed up its four-cylinder tractor offering with a heavier-duty X6.4 range featuring bigger engines and a tougher back end.

The firm hopes it will appeal to farmers looking for a mixed-use machine that’s equally happy pulling a cultivator as it is shunting around the yard with a loader fitted.

This is teamed with an in-house P6-Drive transmission, as used in the larger X7.

It has six powershifts in four ranges to give a total of 24 speeds in both forward and reverse, plus an optional creeper box that ups the number of ratios to 40.

Hydraulics run off a closed-centre system with a 123-litre/min pump that feeds up to seven spool valves and there’s a four-speed pto.

As for the cab, this has a four-post frame with roof window, mechanical suspension system and a 12in control screen.

The tractors are available to order now and the range-topping X6.415 P6-Drive with 50kph transmission has a list price of £120,000, complete with optional Red Power paint finish.