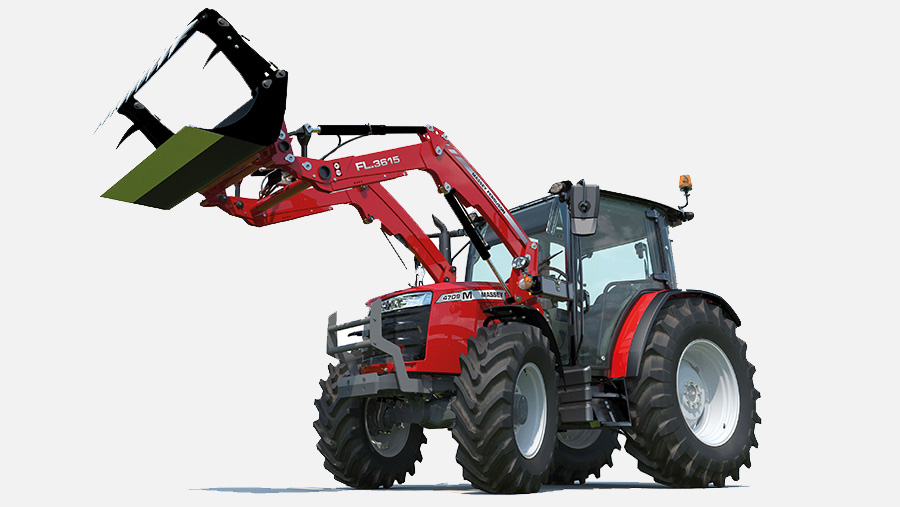 Massey Ferguson has unveiled a trio of low-spec M-badged tractors that replace its existing 4700 range, which now runs from 82hp to 100hp.

These will slot in below the Agritechnica-launched 5700Ms and are designed to offer simple, no-frills horsepower.

Buyers looking for more toys will be pointed in the direction of S-badged derivatives, which start in the range above.

The new tractors’ stand-out feature is the option of a 24-speed Dyna-2 gearbox.

This serves up six gears in two ranges, plus two button-controlled powershift steps.

Both speed matching and brake-to-neutral are standard, but the firm’s steering-column-mounted Powershuttle is an extra.

However, those looking to keep costs down can stick with Massey’s old-school 12-speed mechanical transmission.

The smallest 75hp version from the old line-up has been scrapped.

This meets the Stage 5 emissions standard using a combination of SCR with AdBlue, a DOC and soot catalyst, which requires occasional regeneration.

All of the emissions-related gubbins is buried under the cab to reduce its impact on visibility.

Other changes include a new dashboard and uprated wheel rims that will allow a wider choice of tyre sizes.