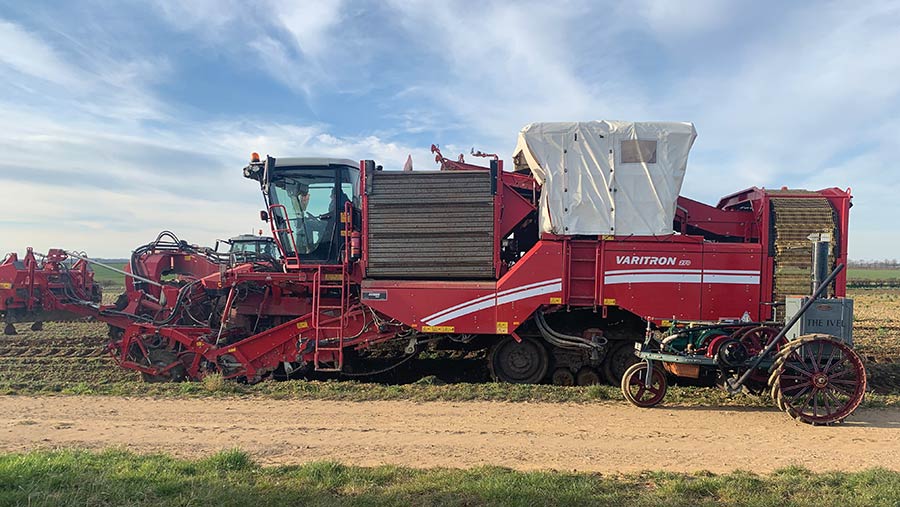 The Ivel is dwarfed by a modern Grimme potato harvester

When one of the world’s oldest tractors was put up for sale at a Cheffins auction last October, a Lincolnshire farmer ended up parting with a cool £328,600 to buy a piece of family history.

New owner Alex Albone is, as his surname suggests, the great-great-nephew of Ivel inventor and builder Dan Albone, and since October Alex has owned the oldest surviving working Ivel made at the Biggleswade factory.

Alex runs Hackthorn Manor Farm and, with two friends, set up the well-known Pipers Crisps company. Watch a video of the old machine in action and read the rest of the report below.

The model number displayed on Alex’s Ivel is 131, which might suggest that his tractor isn’t as early as first thought. However, Dan’s curious naming convention is believed to have started at 100. The original prototype is still in existence and has been on display at the Science Museum in London since 1966.

Number 131 was used by the Ivel Motor Company as the demonstrator for local farms and shows, including an early outing to the Royal Agricultural Show in 1903 where it won a silver medal. 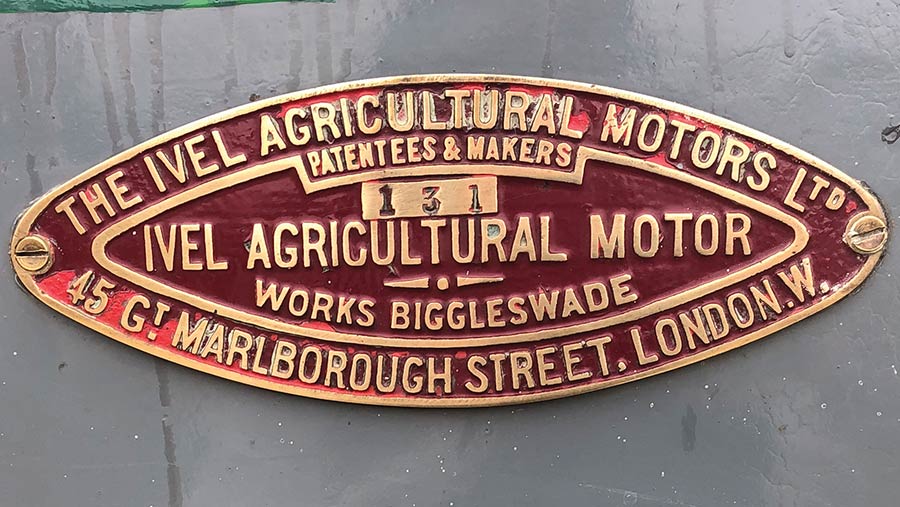 Of the 480 Ivels built, only seven remain, which isn’t entirely surprising, given the 117 years that have elapsed since the first one was made.

Among the Ivel’s design benefits was that it was light and easily shipped, sometimes in kit form to be assembled at the destination. This means that the seven existing examples are spread across the world, including Zimbabwe, Sweden and Australia.

All the parts on Alex’s Ivel are original and it was subject to a restoration in the 1980s by then-owner John Moffitt. Alex and Mr Moffitt struck up a friendship when the latter was writing a book on the Ivel in 2003.

The pair helped organise a charity tractor run that year to celebrate the Ivel’s 100th birthday, which saw it cover 100 miles from Biggleswade to the Royal Showground at Stoneleigh, raising more than £120,000 in the process.

Alex drove the Ivel for part of the route, and promised himself that one day he would own it.

Unsurprisingly, the Ivel does have a few more pre-start checks than modern kit. With no magneto, a battery needs hooking up before the swing handle is cranked.

“This isn’t as easy as it sounds,” says Alex. “Some days it will fire up straight away, but it has taken two days to get it running in the past. 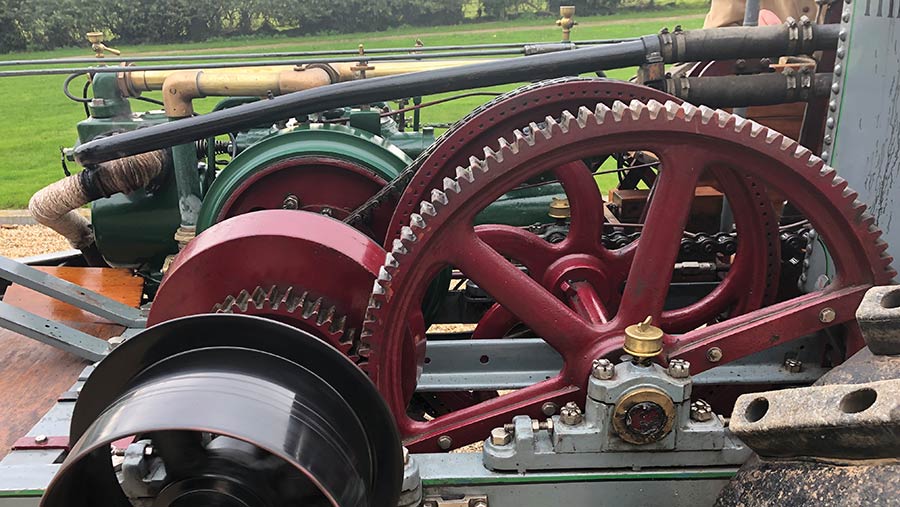 “The weather has a big effect on how the petrol fuels the engine. I learnt a great deal from experienced classic tractor experts on how to regulate the mixture of air and petrol on a cold morning and whether to run a lean or rich mixture. The machine’s rudimentary carburettor is key to this.”

Cheeringly for Alex, he isn’t the only owner of 131 to have had issues starting it, as a number of hammer blows on the brass around the carburettor attest.

“Storage is also important,” he says. “The water tank is sat on the rear, so keeping it in a temperature-controlled barn is essential to prevent freezing and the subsequent damage.”

Alex is keen to show the Ivel to the public, and he had big plans this year to visit the Royal Welsh and Lincolnshire shows, among others, with all proceeds going to charity.

He isn’t about to hide the tractor away in a shed, instead using it to raise the profile of farming and to illustrate that farming innovation has been around for a long time.

Keep your eyes peeled next year, as Alex plans to tour various parts of the country once the show season is back up and running.