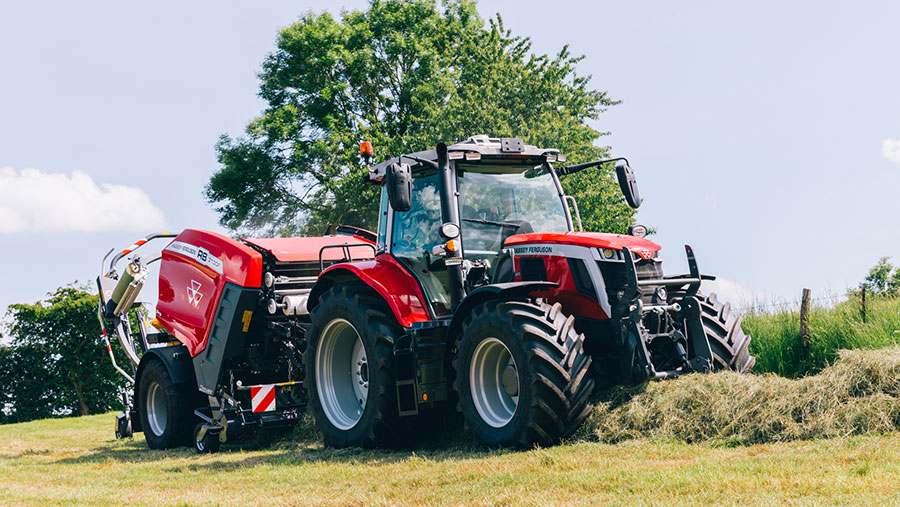 Massey Ferguson has given its mid-ranking four-cylinder 6700S tractors and the remaining six-pot 7700S models the same striking redesign as that of the 5S and 8S ranges. This means the new look runs from the 105hp 5S.105 right up to the latest flagship 305hp 8S.305.

Five fresh-faced 6S models replace the outgoing 6700S derivatives, but remain pretty similar to their predecessors in terms of power and torque outputs. 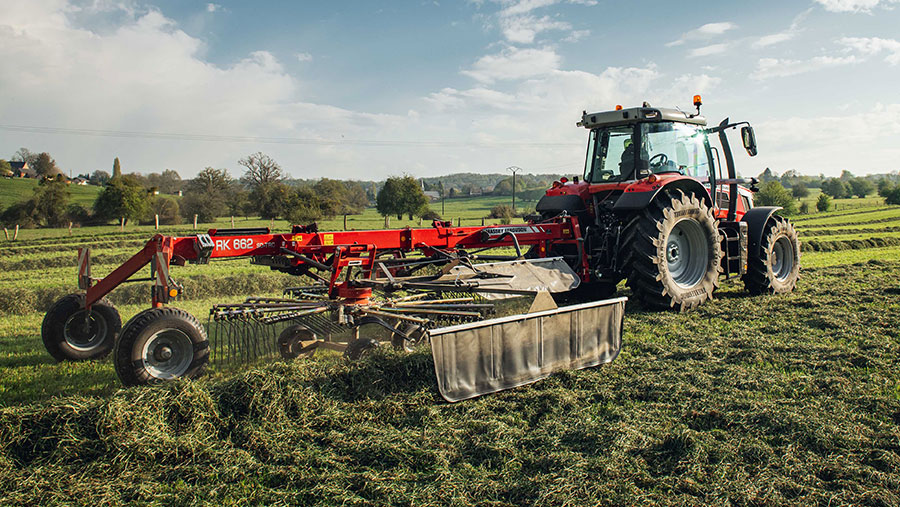 The same Agco Power 4.9-litre four-cylinder propels all the models, while transmission options include the ubiquitous Dyna-6 and stepless Dyna-VT.

There are more significant changes in the cab, where the somewhat stale interior has been replaced with a setup that mirrors the big 8S-series. It features a 9in Datatronic 5 touchscreen that can be used to manage all the tractor functions and set up section and rate control. There’s also a new E-Loader option for models fitted with a front loader that allows operators to weigh each load and initiate an automatic bucket shake function.

Sound levels are down to 70dBa, and the top two specs – Efficient and Exclusive – have a seat-mounted armrest that puts the main controls within closer reach. All linkage, cruise, driving modes and auto-steer functions are controlled through the Multipad joystick.

The 2.67m wheelbase allows for a nimble turning radius of 4.75m – the tightest of any 200hp tractor on the market, the company claims – and the rear linkage is good for a 9.6t lift. A 110-litre/min hydraulic pump is standard on all but Dyna-VTs, which get a 190-litre/min version.

The six-cylinder 7700S models that weren’t included in the 8S range also now have the new cab and exterior styling. These tractors are pretty similar to the 6S models, but run a bigger 6.6-litre, six-cylinder engine and have a slightly longer 2.88m wheelbase, which results in a 4.93m turning radius. 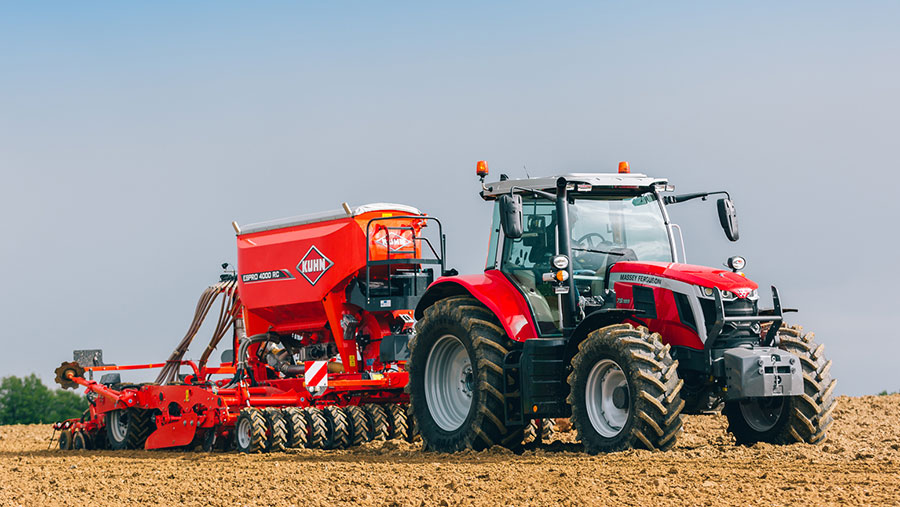 Power outputs from the four-model line-up remain unchanged, starting at 155hp for the 7S.155 and rising to 190hp on the biggest 7S.190. As with the 6S range, there is a choice of Dyna-6 or Dyna-VT transmissions and rear lift is the same, at 9.6t.

Outside, up to 16 LED worklights can be fitted and a Visio Roof is available for those doing regular loader work. 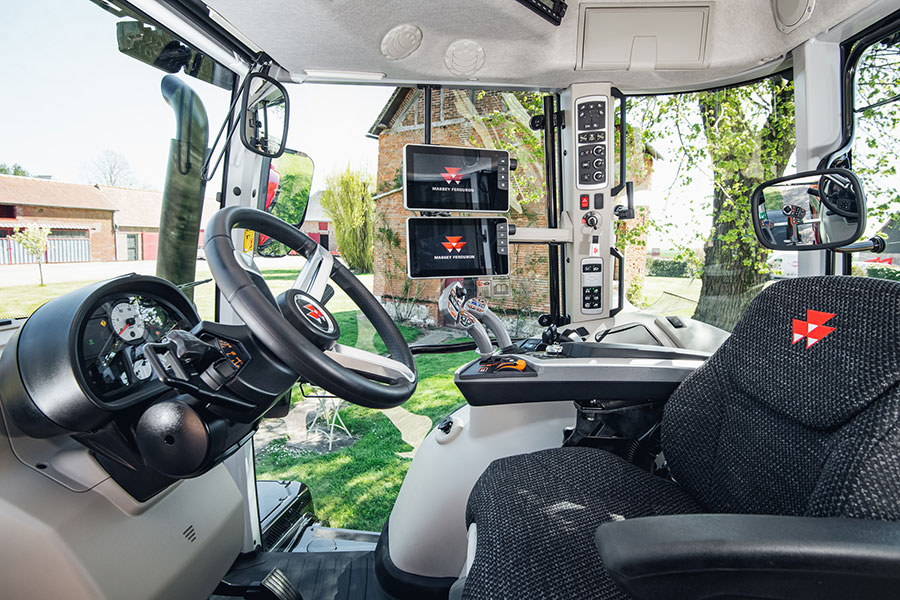 Massey has also added two bigger models – 8S.285 and 8S.305 – to the 8S line-up. These, along with the rest of the range, will now be available with the Dyna-VT stepless transmission, which was a curious omission when the tractors were launched last year.

The 8S.285 and 8S.305 only come in Exclusive spec but, like other members of the now six-strong range, run a six-cylinder, 7.4-litre Agco engine. There are three driveline options – Dyna-VT, Dyna E-Power or Dyna-7 – on the bottom five models, while the flagship tractor can only be ordered with the Dyna-VT.