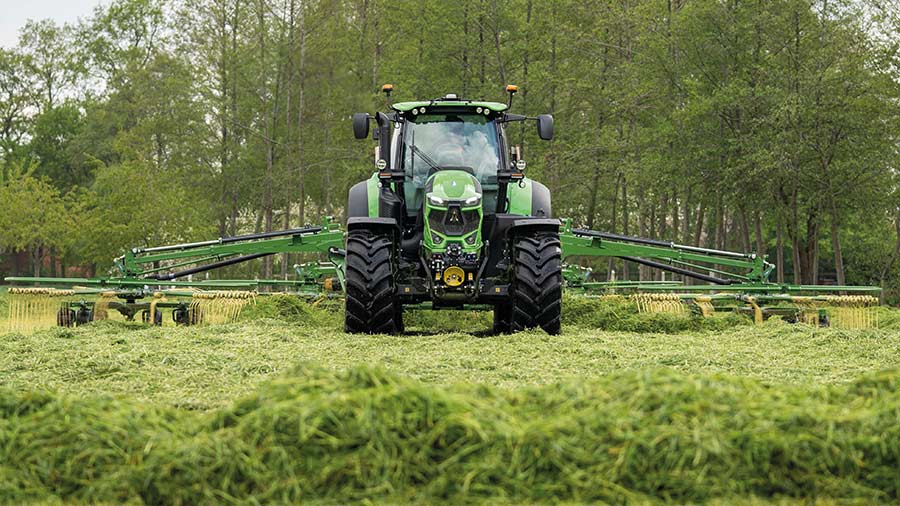 Deutz-Fahr has shaken-up its 7-series tractor range with the launch of two 7250 TTVs based heavily on the 280hp 8-series model unveiled last year.

The line-up features a like-for-like replacement for the outgoing version and a heavy-duty variant that is a close match to the 8280 in terms of spec and performance.

The other previous member of the 7-series, the 7230, has been dropped and will be replaced imminently by a 6230 HD TTV.

Most notable among the raft of changes is the exclusion of ZF’s ageing, mechanically biased S-Matic stepless transmission, replaced by the “compound” driveline that is a stand-out feature of the 8280.

The gearbox fitted in the 7250 HD is identical to that of the 8-series, while the standard model carries a slimmed-down design based on the same principle. Both will hit a top speed of 60kph at about 1,800rpm and 40kph at 1,200rpm.

The HD also has beefier axles and a higher lift capacity, where its 11.1t limit matches the 8280, compared with the standard model’s 10t rating.

A revamped hydraulic system, separate from the transmission oil, is also a copy of the bigger range, with 120-, 160- or 210-litres/min load-sensing pumps available.

Other changes include a steeper hood and slightly higher Maxivision cab, which the company says has improved visibility. This can be fitted with an updated pneumatic suspension system, air-cushioned seat with up to 23deg swivel and a bar to carry additional monitors.

The firm’s 8in or 12in iMonitor3 touchscreen, sourced from Topcon, is Isobus-ready and can be used to run guidance using a new GNSS SR20 receiver.

The new machines are also geared up for tractor implement management, which allows for two-way communication with an implement. This means operators can potentially leave a baler or forage wagon to determine things such as the most suitable forward speed to match crop flow or swath size.