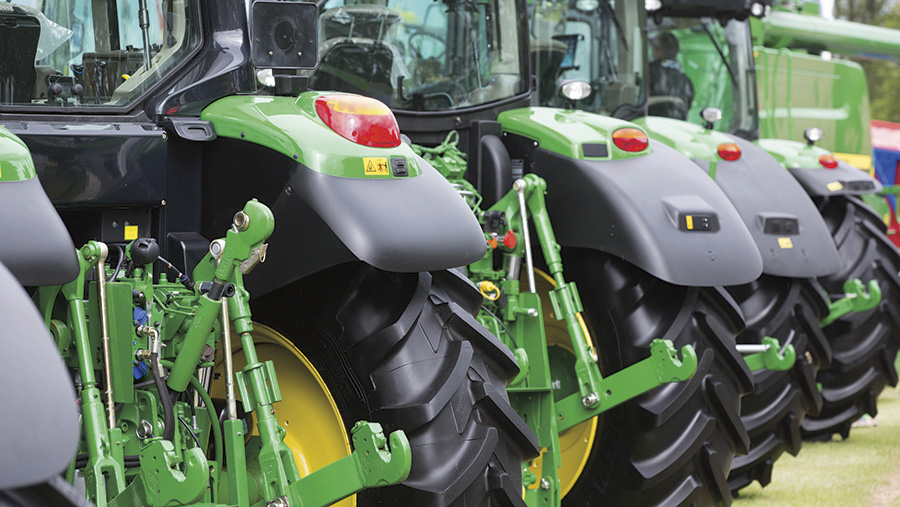 The Agricultural Engineers Association has released its half-year tractor statistics, which continue to show a drop in sales but a gradual increase in average power.

In fact, sales have shown a year-on-year decrease for every month since the start of last year and there seems to be little sign of improvement.

However, the average size of unit sold over the same time period was 158.5hp, which continues the upward power trend and represents a 2.7% increase on 2015 figures.

That contributed to the 853,000hp total tractor power sold – a drop of 7.5% – which suggests the increasing power average was not enough to the cover the tumbling total sales.

Looking at things by broad power group suggests there has been a small increase at the upper end (more than 160hp).

Looking at registrations by region, the central areas of England saw better sales than the South, the North and the other provinces.

The midlands regions were some of the few to register a small increase in tractor registrations, while Wales was hit with a drop of 20% and dealers in the South West had to accept a 15.5% fall.