When Oxfordshire farmers Alan and Richard Smith more than doubled their farming area two years ago they opted for an 11-year-old Challenger tractor to handle all cultivation and drilling duties in a bid to cut costs.

Having already lined up a 5m Simba SL, 5m Vaderstad Carrier and 6m Vaderstad Rapid drill, they reckoned they’d need at least 300hp to pull them through their heavy clay ground. 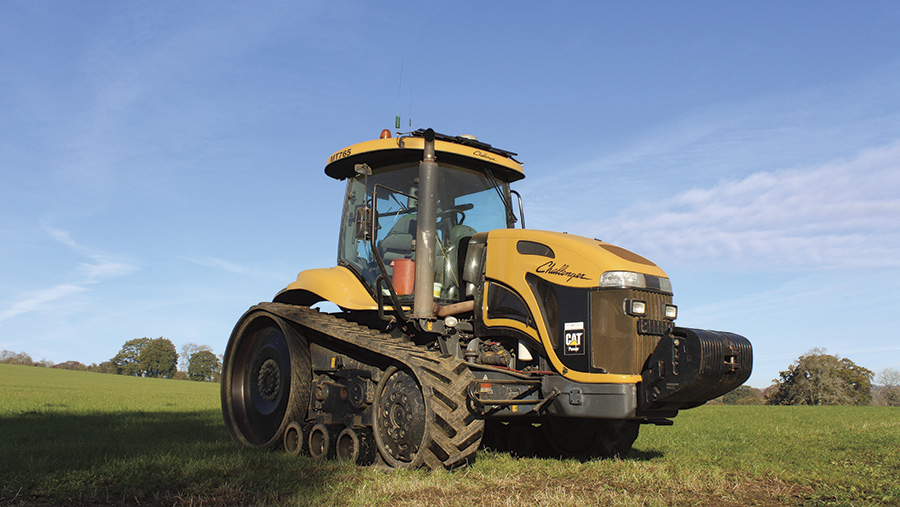 The appeal was that both of these tractors could muster up more than 300hp and be used all year, rather than having to be parked up post drilling.

But the problem was the price tag.

When they were on the hunt for tidy low-houred machines, the only decent-looking models on the market were selling for about £120,000.

Even though this was a lot less than the new list price they couldn’t make the figures stack up, particularly as they didn’t have a machine to trade in against it.

With Fendt out of the question, the father-and-son team started looking at second-hand crawlers and found that similarly powered machines were roughly half the price of the Fendt.

After bidding on an immaculate Challenger MT765C, which ended up going for “silly” money, they found a 2005 first-generation machine for sale with their local dealer Lister Wilder.

This had clocked up 4,400 hours and was on well-worn tracks, but was otherwise in very tidy condition.

We found out how it was getting on after three season’s worth of work.

Why did you go for a Challenger?

We thought a big artic crawler would be too heavy and clumsy, so that put the Quadtrac out of the question, even though you can pick second-hand ones up for similar money.

That left us with John Deere and Challenger, but we decided to go for the latter as we get on really well with the guys at Lister Wilder in Cirencester and their fitter knows them inside out.

Have you replaced the tracks?

The original tracks had less than an inch of tread left on them, but we struggled through and did a full season with them.

Grip wasn’t too much of a problem in good conditions, but when it was wet we had a few hairy moments.

Because the tracks sit right on top of the ground and don’t bite in, when they do start to go there’s no stopping them – if you shove them in reverse they just seem to polish the ground and go faster.

We decided to change them after Richard had a particularly hairy moment when it slid down a greasy bank and hit a tree.

Rather than shell out for a new set we bought some cheapish second-hand ones with flint damage on the treads.

Thankfully, they’ve turned out to be a good purchase as there was plenty of tread left and the flint damage was only superficial.

In fact, because we do so much road work they’ve already been filed down below the cuts.

How easy are they to set up?

It is a fiddle to get the tracks set up correctly, which is why we got our dealer to do it originally.

They also creep over time and at the moment we’ve got one running out of line, which is starting to scuff the aligning blocks in the centre of the tracks.

To get it right, we’re going to run it up a long, straight piece of concrete and turn the adjusters on each track until they pull evenly.

It’s horrible on the road and the first time we took it on a long run it vibrated so much the radio fell out.

In fact, its performance on the road is by far the biggest bugbear for us. We’ve got ground all over the place and will often have to do 16-mile runs between blocks, which is painful. 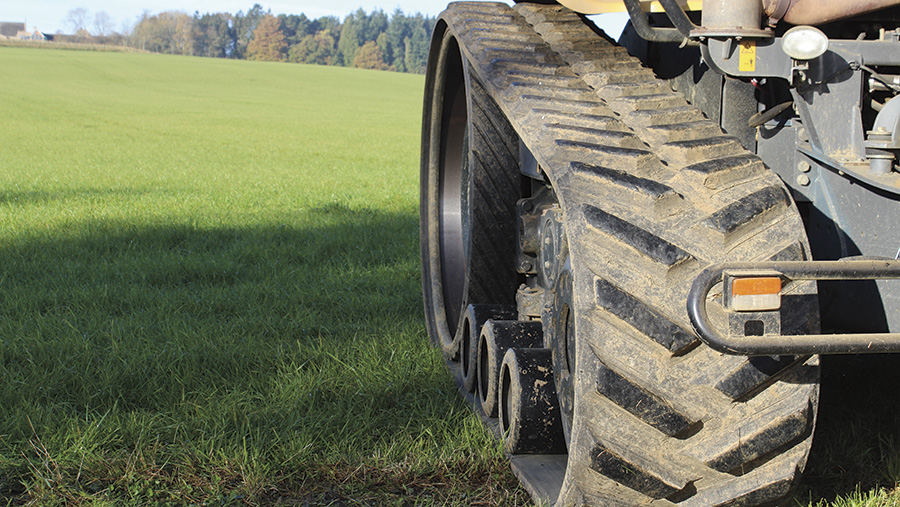 It also hammers the tracks and they heat up so much that it causes the rubber on the idler wheels to delaminate.

Now we’ve upgraded to the more expensive, but harder-wearing nylon versions that seem to be holding up a lot better.

Thankfully, we haven’t had much go wrong with it’s been fairly cheap to run.

However, it did have a few oil leaks that the dealer sorted as part of the deal.

The electrical systems aren’t its strongest point either and we’ve usually got a few error codes on the screen that we’ve been able to ignore fairly successfully.

On the road, we’ve also found it incredibly easy to bend the idler roller shafts if you clip a curbstone.

How well does it grip?

Providing you’ve got it properly set up, balanced and conditions are good, the grip is fantastic and it barely leaves a mark.

However, if you’re working it hard or lifting something heavy without enough weight on the front it will rear up.

This means you’ve only got the back of the track in contact with the ground, which reduces grip and increases ground pressure. 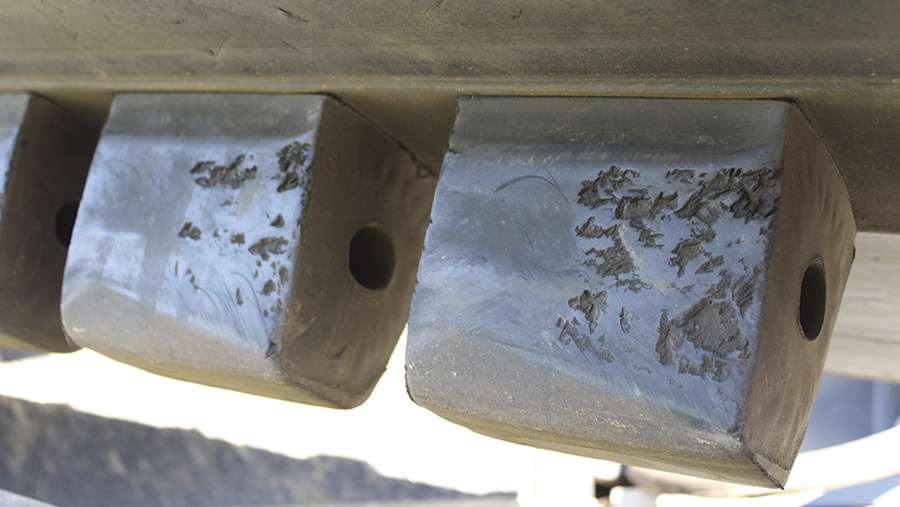 We’re considering building a hydraulic sliding weight frame that would allow us to push the weight forwards rather than adding more bulk.

This would be particularly useful for our 6m mounted Claydon drill as it doesn’t need ballast on the front when working in the field, but definitely does when you lift it on the headland.

Is it good in the wet?

If it’s wet on the top then we struggle to put the power down. The sheer fact that it spreads its weight means it won’t dig in to the firmer ground underneath.

It’s actually perfectly matched to the Vaderstad drill, because the ground conditions scupper them both at about the same time.

However, it can be a bit frustrating if you need to do some deep cultivation work when it’s a bit slimy on the top.

Does it scuff on the headlands?

If you go round corners at breakneck speeds or try and turn too sharp you can make quite a mess on the headlands.

The first time we went drilling with it, we did exactly that and ended up with some grass fields with very bumpy headlands.

That said, if you drive it in the same sort of arc you would with a Quadtrac and step on the decelerator before you turn you won’t scuff at all.

The problem is that they’ll spin 360deg on the spot, so people are tempted to turn too fast and tight.

If we had a farm in a ring fence it would be a no-brainer, but the fact that we do so much road work means we’ll probably have another look at the Fendt when the time comes to change.

However, whenever we’ve looked at the figures in the past, we’ve struggled to see how we can make these expensive high-horsepower wheeled tractors pay.

They’re sold on the fact you can use them year round, but if you consider how much you should be charging per hour to justify the cost, it’s utterly pointless clocking up hours with them on trailer work.

In comparison, used Challengers are really cheap horsepower and I don’t have a problem parking ours up for the winter and doing the other work with something a bit smaller and more convenient.

We haven’t tried a newer Challenger yet, but we’ve heard they’re a good bit better on the road that ours.