Stock trailers have a hard life, and after a few years of clattering down ropey tracks and being kicked around by their occupants, they tend to look, and sound, rather careworn.

There’s often little opportunity to lay a trailer up for a major overhaul, so the demand for new models is usually fairly healthy.

Sales are particularly high this year, thanks partly to a strong livestock trade, so many manufacturers have considerable waiting lists.

As a general rule, 12ft twin-axle trailers still account for the bulk of sales, but demand for 14ft tri-axle models is increasing as they give more internal space and greater flexibility.

The flip side is that with gross weights capped at 3.5t in the UK, the added bulk often means payloads are actually lower.

Opinion on whether wheels should be mounted to the side of the body or under the chassis remains divided, with the former offering greater stability and reduced risk of floorboard rot, and the latter giving more internal space and no protruding mudguards to clobber.

One popular addition, now offered by most makers, is an opening top vent, which eases loading as the animals are drawn to the light.

Below, we take a look at seven options, all of which are built in the UK. 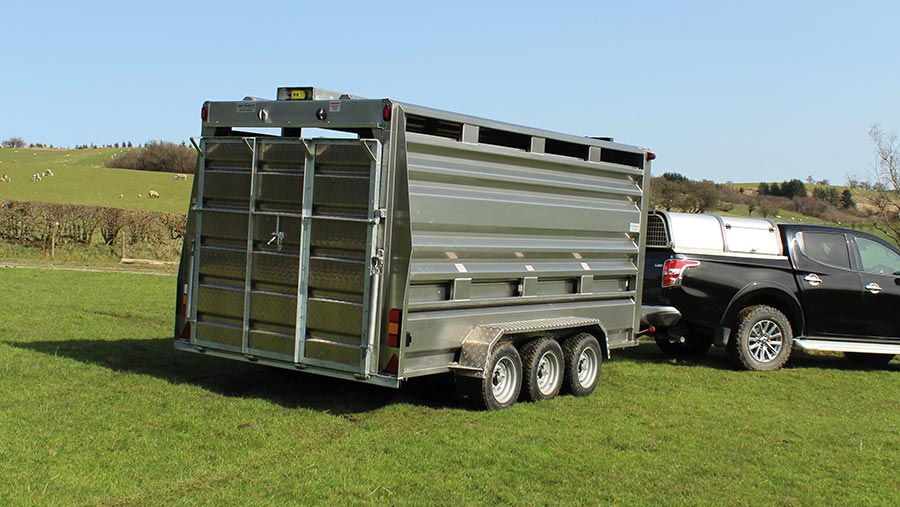 A hydraulic-lifting deck system is one of the notable features on Gamic’s custom-built trailers, which the mid-Wales maker first introduced in 2007.

It uses a ram to raise the platform via steel ropes, powered either by a 12V system or a hand pump. With no space required for ramps, the deck can be fully loaded and the stock lifted, without having to manhandle any braces or panels.

Buyers can choose to have wheels to the side of the body or underneath, which gives respective internal widths of 5ft9in and 6ft5in.

Both of these can be ordered with 10ft, 12ft or 14ft internal lengths, with the latter being the most popular. All 14ft models come with triple axles and so do most of the 12ft versions.

The body is constructed out of aluminium box section and folded sheet, which is fully welded to form a solid structure. Steel is used for the chassis and the tailgate frame.

To improve aerodynamics and add some additional space, the front of the trailer has a curved profile.

The centre section is home to the electro-hydraulic unit – housed behind a panel – and there’s an inspection door that allows access to both the bottom and top deck.

Gamic mainly sells direct to the customer, it builds all trailers to order and it currently has an 18-month waiting list. 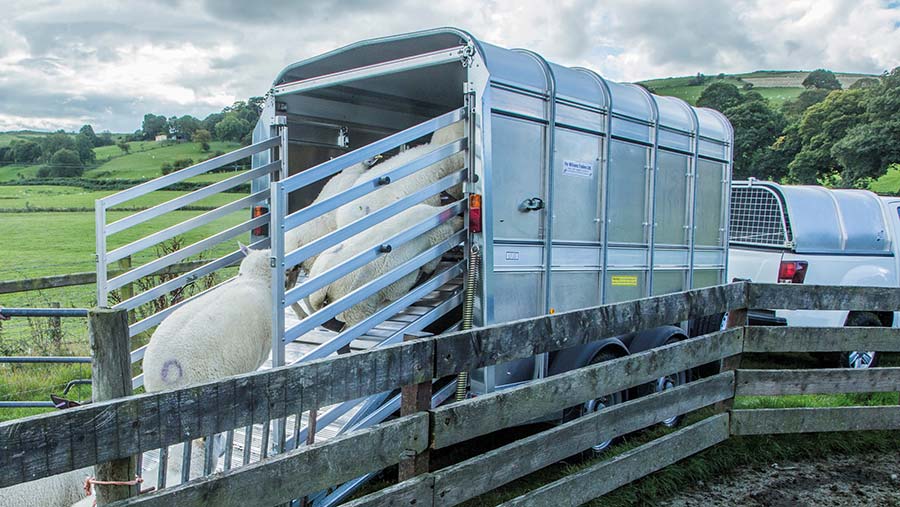 Ifor Williams stock trailers need little in the way of introduction, and after more than 50 years in the game, the firm is still the market leader.

The TA510 is its dedicated full-size livestock trailer, featuring a galvanised steel frame sitting on twin- or triple-beam axles with wheels positioned to the side of the body.

Aluminium is used for the flanks, tailgate and floor, the latter being formed from 2mm tread-pattern plate sitting over pressure-treated boards. Internal width is 5ft8in and it’s available in 6ft or 7ft height options.

Inside, there’s the familiar folding aluminium deck system, which is loaded via the firm’s so-called Easy Load Ramp that pops up out of the tailgate on gas springs.

This doesn’t quite reach the top platform, but the gap is bridged when the top deck gate is lowered. Other features include a heat-reflecting roof covering and twin front doors giving access to both levels.

For those that prefer a demountable trailer with wheels underneath, the firm offers its DP range. 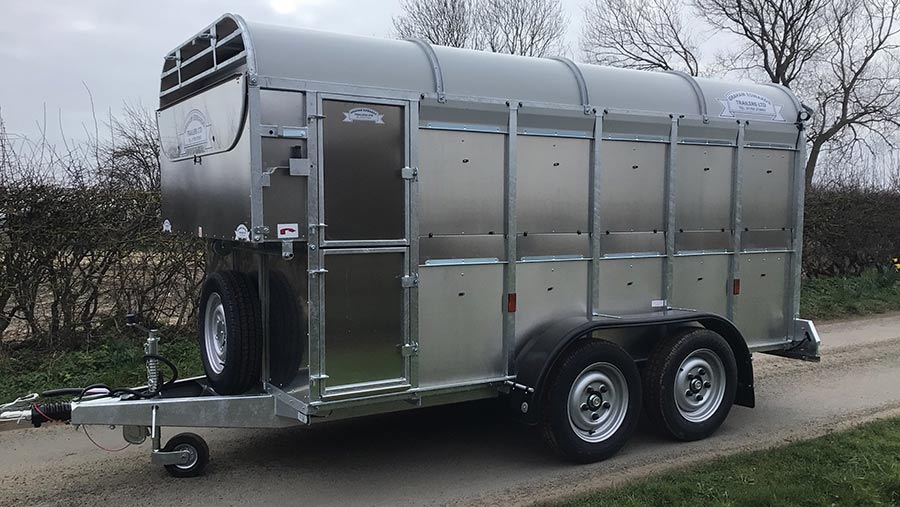 Graham Edwards has been manufacturing trailers since 1985 and the firm now builds more than 50 models at its facility in Full Sutton near York.

The GET126 is one of the best sellers, with a single-piece construction and twin axles that have wheels to the side of the chassis.

Those looking for more or less capacity can pick between six GET models, ranging from 10-14ft. Larger versions have the option of twin or tri axles.

In all cases, these trailers have a rigid steel-welded frame that is hot-dip galvanised after fabrication.

The rest is formed from aluminium, with tray-shaped tread plate for the floor and ribbed planks on the tailgate.

One of the most unique features of Graham Edwards trailers is the wind-away deck and ramp system.

This is operated using a handle that draws the decks forward and stacks them concertina-style into an overhang at the front of the body.

Buyers also have the option of wider fixed-formation models with a 6ft3in body and demountable versions with wheels under the chassis that measure 6ft6in wide. 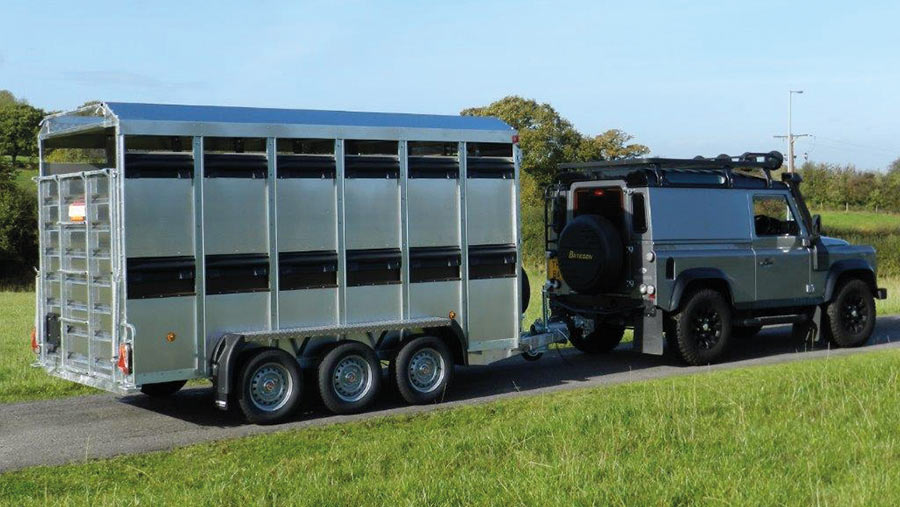 Sitting at the top of Bateson’s range of stock trailers are the Eurostock 326 and 336, featuring an aerodynamic front, a one-piece aluminium floor and twin or triple axles with side-mounted wheels.

The side panels are home to a set of plastic vents that Bateson says are rattle-free and there’s a flat, load-bearing roof that can be used to carry hurdles ­– this can be reached via a ladder on the tailgate.

Decks are made from aluminium and they fold down from the side, supported by a single bearer that’s lifted into place. Loading takes place via a half-width internal ramp. 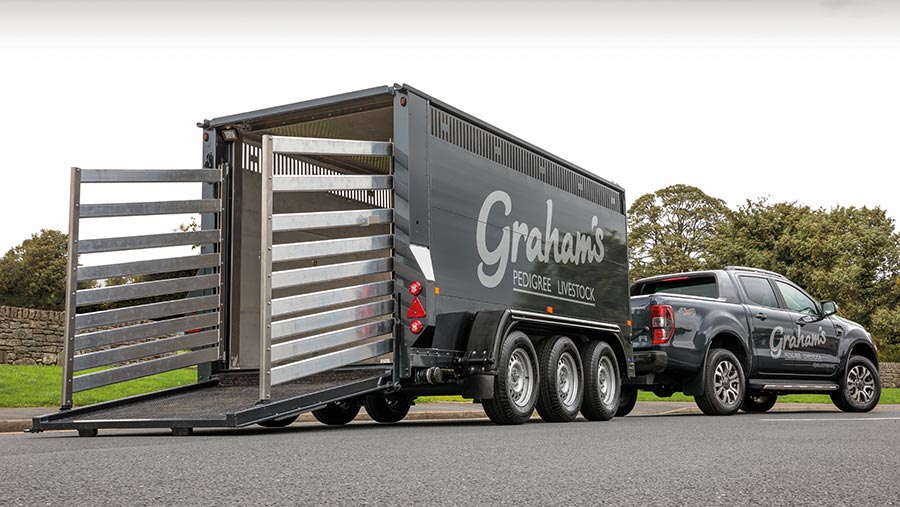 Those looking for a top-level trailer have the option of Houghton-Parkhouse’s T35, which is essentially a scaled-down version of the Cumbrian firm’s commercial models.

This means it has a full alloy monocoque construction with extruded aluminium side panels and a hollow-section floor with anti-slip surface.

Running gear is also fairly high-end with parabolic suspension and wheels that sit to the side of the body on 60mm crank axles to give a lower centre of gravity.

As for the deck system, this is a one-piece platform that lifts hydraulically using electric buttons positioned at the rear of the trailer.

It is powered by an onboard hydraulic system with a single ram that lifts the deck via steel ropes. This runs off a 12V battery that sits in front of the bulkhead and comes with its own trickle charger to make it easy to top up.

Standard features include a collecting tank, internal lights and a two-pack paint finish in the customer’s colour of choice.

Prices for 12ft, twin-axle models start at £9,500 and adding the hydraulic deck system takes this up to £16,382. All trailers are built to order and the current waiting list is nine months. 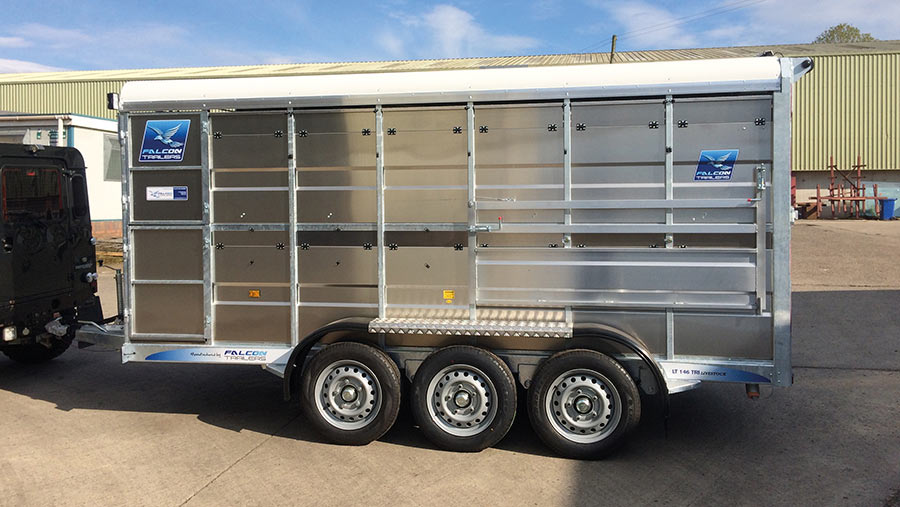 In 2018, Northern Irish firm Falcon took over the manufacturing of Hudson’s range of 4×4-drawn livestock trailers.

The design has remained unchanged, and Falcon offers customers the choice of 10ft, 12ft and tri-axle 14ft variants, with the latter being the most popular.

All models have a galvanised-steel chassis and frame, with treated timber floorboards covered by aluminium tread plate, and the side panels are formed out aluminium sheet that is folded for additional strength.

Wheels are mounted to the side of the body, giving a 6ft internal width.

Decks are made from aluminium and fold down from the sides of the trailer, supported on a series of steel bearers that are stored at the front of the body.

The rear ramp works in a similar fashion to the Ifor Williams and Nugent, with a bottom section that pops out of the tailgate.

Falcon mainly sells direct to the consumer and most of its trailers stay in Northern Ireland. However, sales in Great Britain have recently started to increase. 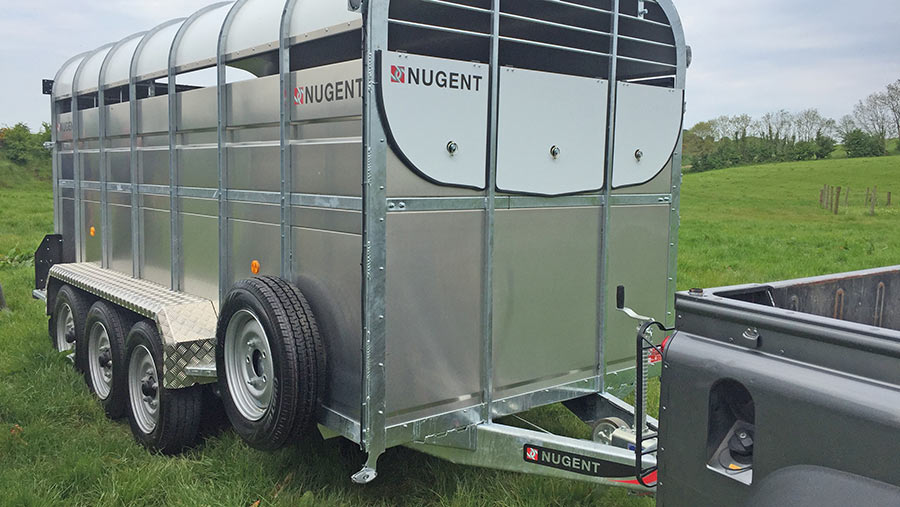 Most come with twin or triple axles mounted to the side of the body, but it is possible to have them slung under the chassis, which reduces the overall width to 6ft3in.

In all cases, the chassis is made from angle iron and the floor is constructed using pressure-treated timber boards topped with aluminium tread plate.

The body has a fully welded galvanised frame clad with folded aluminium panels.

One of the stand-out features is a set of three fold-down flaps on the front that allow airflow though the trailer to be adjusted and help ease loading of the top deck.

Deck panels swing down from the sides of the trailer and are supported on a series of slot-in bearers that are stored at the front of the body.

Loading takes place via a pop-up ramp in the tailgate and drop-down top section.

Prices start at £5,800 for a 10ft including decks and £7,200 for a 14ft. Nugent trailers are sold through a network of dealers and most will keep a selection of models in stock.