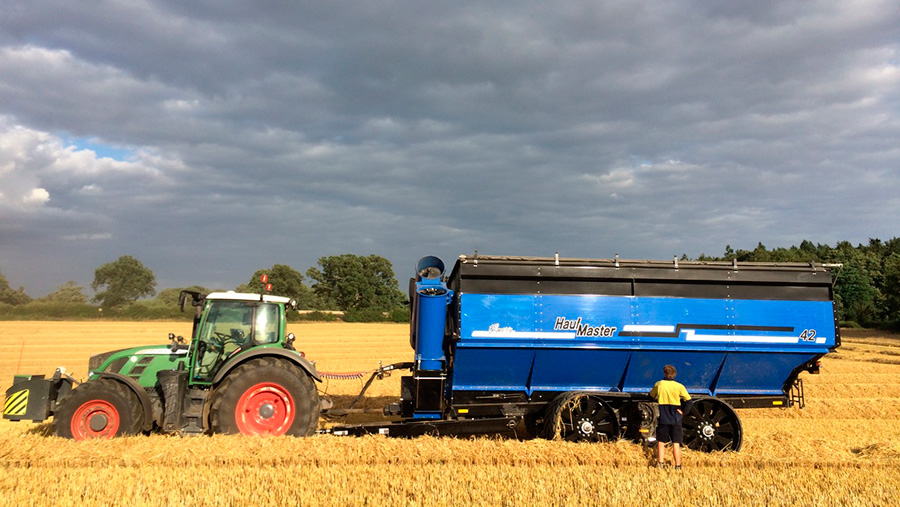 Canadian maker Elmers Manufacturing has given its new chaser bin, the Haul Master, a first run-out on UK soil since it made its debut at the Cereals event earlier this year.

High-capacity chasers continue to attract attention from arable growers with half-an-eye on controlled-traffic systems as they look for alternatives to their fleets of compaction-causing tri-axle trailers.

As well as the bin itself, Elmers builds its own track frames and fits the 91cm wide, 3.5m long Camso rubber belts to 90% of its chasers.

The same track system is used by Grimme on its potato carts and Horsch’s air seeders, so it comes to the UK with a reasonable pedigree. 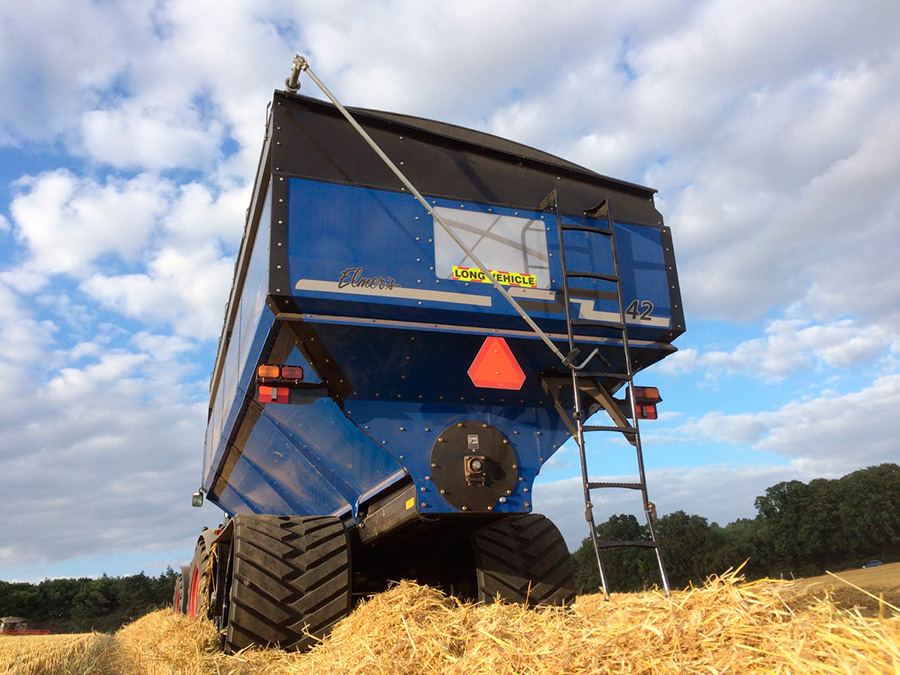 The set-up uses a low-profile lug that is designed to minimise the scuffing damage caused during turning and reduces the vibrations that can limit the life expectancy of some of the components.

However, the downside of the vast capacity is the need for horsepower – the 240hp Fendt 724 used during its East Anglian run-out wasn’t quite up to the job, so a 300hp-plus machine looks likely to be a better fit.

Similar chasers are pulled by John Deere 9-series or Case IH Quadtracs in Australia and Canada. 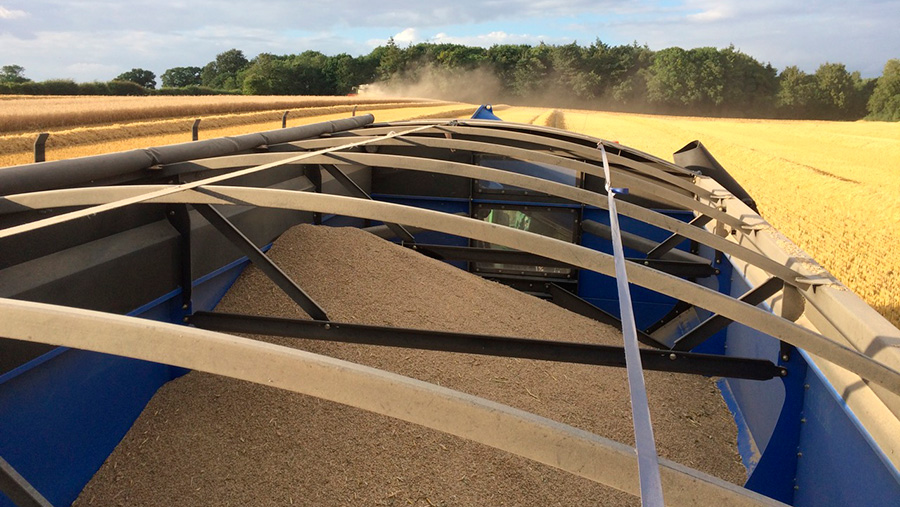 The 42cu m capacity will accommodate three tanks from the biggest combines on the market and the load can be monitored by weigh cells on the bin that transmit data to the cab via a Bluetooth connection.

The 510mm diameter horizontal auger and 560mm unloading auger contribute towards a sub two-minute unloading time, while trap doors front and back reduce cleaning-out to a five-minute job. 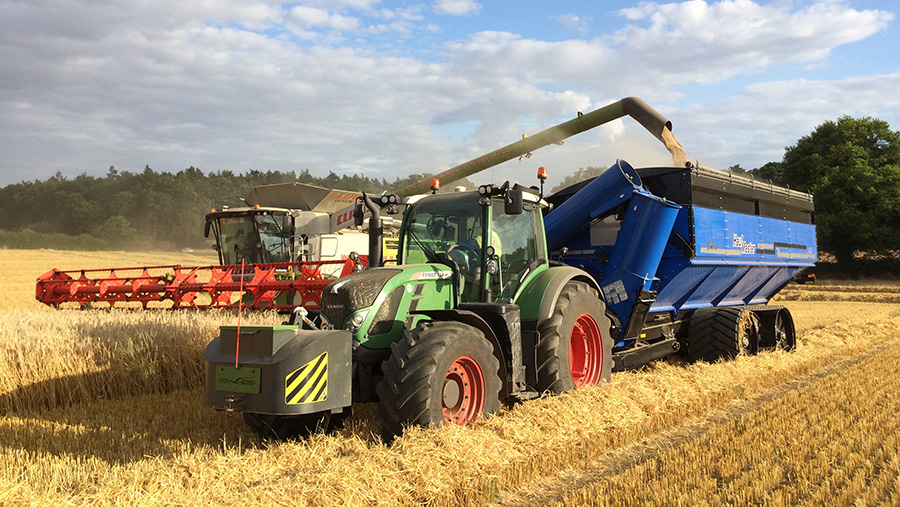 Importantly, the width, at 2.98m, is within EU regulations.

The price is £90,600 which includes weigh cells, a roll-over tarpaulin and brakes.