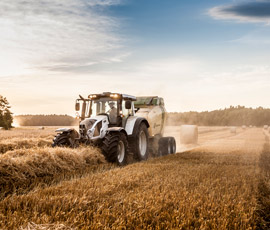 Valtra has added new models to both its bread-and-butter N tractor series and its small A series models, explains Peter Hill

Valtra’s N series tractors account for 60% of the Finnish marque’s sales and the new models will give farmers extra options in the 99-171hp line-up after their launch at the Agritechnica show in November.

The N103.4 at 111hp has the same power output as the newly-launched N103. But its heavier build and four- rather than three-cylinder engine will appeal to some operators.

“Farmers who don’t like the idea of a three-cylinder engine in their 110hp tractor can have the N103.4 instead,” says Pekka Ingalsuo, technical marketing specialist. “But there will also be situations when the heavier build of the new model is better suited to particular applications.”

While the 3.3-litre engine helps produce a lighter, more compact tractor that needs only a diesel oxidation catalyst for exhaust after-treatment, the newcomer will match the specification of the 124/130hp N113. This one is powered by a 4.4-litre, four-cylinder Agco Power engine with SCR exhaust treatment.

In the transmission department, the newcomer has an advantage over the N103 in having more speeds to match different jobs. The three-cylinder N103 has a 24×24 with three-step powershift or a 20×20 with five powershift steps, while the N103.4 deploys 36×36 and 30×30 versions with slightly heavier build. 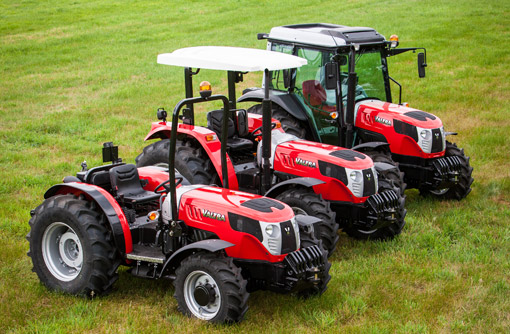 Valtra is expanding the A Series with the introduction of new smaller models. These three-cylinder tractors are designed to be general-purpose farm tractors, as well as for niche applications like fruit farming and property maintenance.

The new models open the door for Valtra to increase sales in the market for small tractors. This is important as more than half of all tractors sold in Europe have less than 100hp under their bonnets.

The smallest model is the A53, which offers 50hp. The A63 version has an intercooled turbo engine that produces 68hp and the top of the range A73 has 75hp. All of the tractors come with Valtra’s 12+12R transmission with synchronised shuttle and creeper gear. The pto has two speeds, and the linkage is operated mechanically.

Valtra A Series range is expanded to include three ‘small’ models with 12×12 synchro shuttle transmission in addition to existing A HiTech models with power shuttle.

Keep up with the latest agricultural machinery news