The big dogs at Volkswagen may still be sifting through the wreckage of the reputation-mauling emissions scandal, but the company’s sales stats have been anything but the car crash some expected.

In the meantime, the German car builder intends to make the most of our obsession with four-wheel-drive cars and SUVs.

Though the Alltrack is expected to account for just 5% of Passat sales, both it and the Tiguan – a Golf on stilts – have been relaunched in the past 12 months as VW throws its weight at the ultra-competitive market. 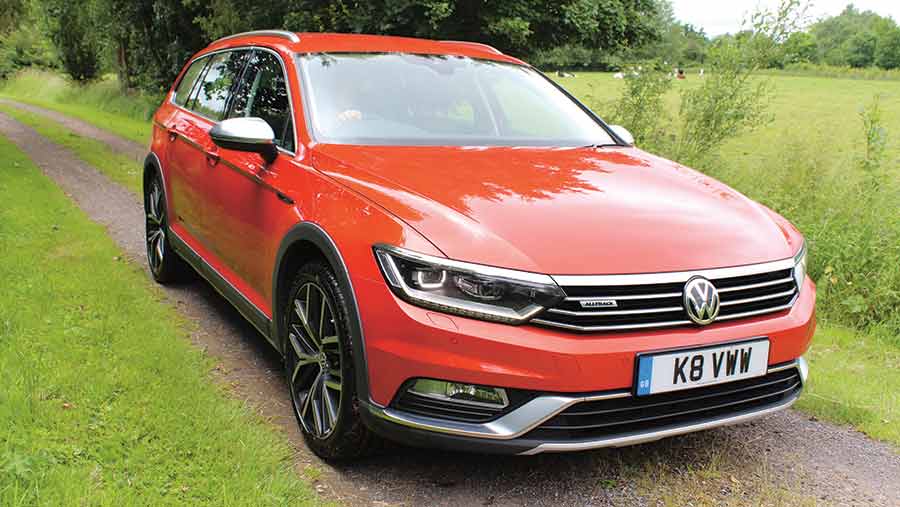 The Alltrack remains a premium-spec family hauler and is one of seven Passat siblings. It faces stiff competition from its sister brands with the Audi Allroad and Skoda Octavia Scout, and a growing rabble of others that includes the Subaru Outback and Volvo XC70.

There’s no VW revolution here, though the nose end does have a more aggressive look than before.

The Alltrack’s exterior suggests it has a passing interest in getting its hands dirty – plastic flared wheel arch extensions loop around the alloys and a big belly plate protects its internals from the elements – but the Passat is nothing if not ordinary.

There’s the usual modest increase in standard ground clearance – a mere 3cm rise over the norm – as well as side sill protection and a chrome-splashed radiator grille.

The £425 option to fit 19in alloys (and a full-size spare) adds some genuine style and spice to the Passat’s oh-so-bland personality, as does the lick of “habanero orange” paint that isn’t as ghastly as it first seems and is as close as the Passat gets to really letting its hair down.

Power-plant decision-making is kept to a minimum, with just one 2-litre diesel block and the choice of two power outputs.

The smaller model packs 148hp, while the bigger 187hp version is peppier but still feels slightly strained when worked hard.

Economy was also slightly underwhelming. Though VW suggests 54mpg should be achievable on a mixed drive – a little behind the regular Passat stats – we found 43mpg was more realistic.

With that in mind, the company plans to launch a plug-in hybrid model later this year. It will be fitted with a 1.4-litre petrol and an electric motor to give a maximum of 218hp and an electric-only range of 31 miles.

More powerful Alltracks come with a six-speed auto gearbox as standard, while the less grunty model comes with the same number of cogs, but with manual control.

Shifts are always prompt from the twin-clutch ‘box, although the initial uptake of power can cause mild whiplash.

Sport mode will wake the Passat from its stress-free slumber and is handy for quick traffic light getaways, but rapid driving isn’t an area in which it likes to dabble too frequently.

The Alltrack also shuffles its near-2t weight and taller frame around corners with confidence. Grip is terrific, though our car was fitted with the £715 active damper option to help the ride and limit sway.

A part-time four-wheel drive system should be enough to get most people out of a sticky situation.

Bashing the off-road button knocks the electronic diff-lock into action, fiddles with the traction control settings and encourages the gearbox to loiter for longer in the lower gears.

Hill descent control is also included in the package, should you ever need it.

The interior is predictably German and pretty luxurious as far as mass market motors go. 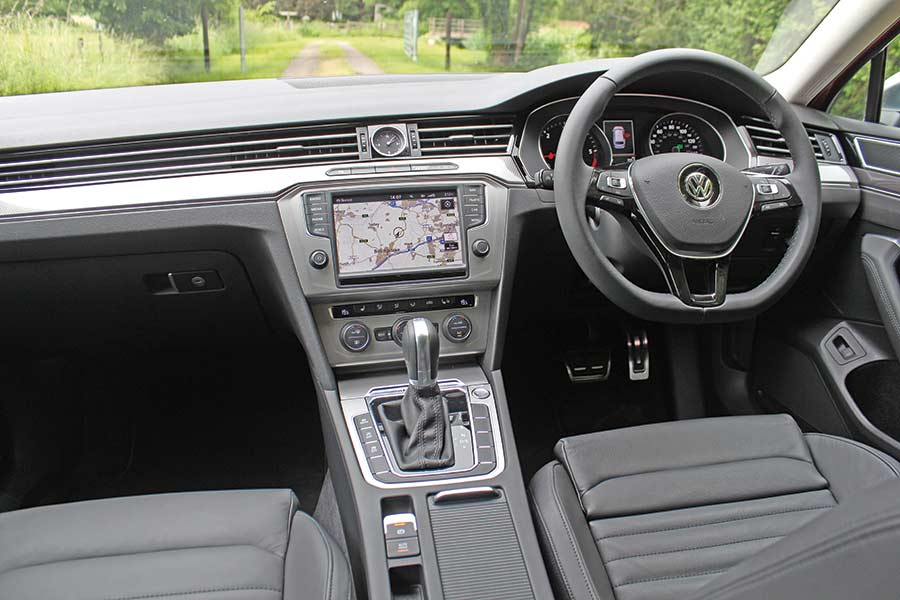 A 6.5in screen is standard fare, but stuff another wad of cash in the salesman’s pocket and you’ll have yourself an eight-incher.

It comes with a decent sat-nav and there’s a traffic jam system that brakes, accelerates and steers the car automatically.

VW’s steady-as-you-like Passat once again delivers uncannily smooth handling and top interior quality. Charisma is thin on the ground, but it is well-sized, well-built and game competition for any of the popular SUVs.

The clear stumbling block is price. With the 190hp Alltrack tickling £35,000, it’s a difficult sell against plusher Audis, or anything from the Land Rover stable.

We wouldd opt for the more reasonably priced standard Passat estate, or a Skoda, unless you’re hell-bent on having the Alltrack.