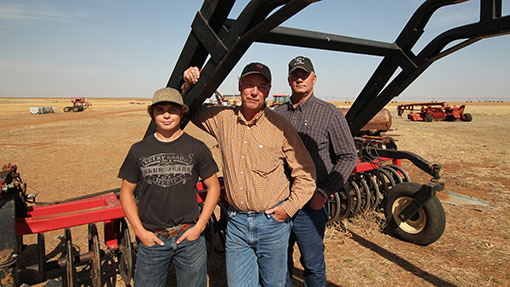 What’s in your shed? Texan farmer Jodie Riley shows us around his yard.

How loyal are you to brands?

We aren’t really loyal to a particular brand at all. The dealers drive what we buy and whether they provide a good deal or good service. We have a mixture of John Deere, Case and Kubota, among others

What is your favourite dealer/dealers and why?

Ray Lee Equipment in Plainview is the best around. It’s a John Deere dealer and can deliver overnight parts, which gets us going as quickly as possible after a breakdown.

A centre pivot irrigator that won’t run in the middle of summer when the heat and the crop is high. 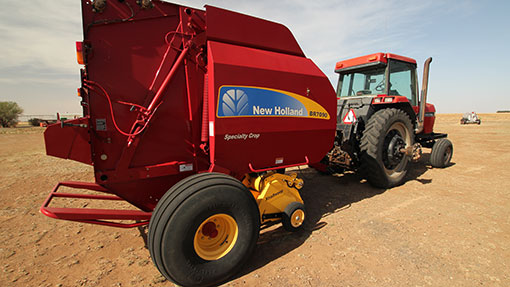 Latest buy? What do you think?

We have just bought a new Roll-a-Cone plough. It hasn’t been out in the field yet, so still has all its paint intact, but will hopefully be a good buy.

We have a little Massey T030, which still runs, but just sits in the barn now. It pushes out 28hp from the pto.

We run machines ‘till they blow up and they need pushing off a cliff, or you can make something else out of it. Some of the gauges in the tractors have stopped working or are so full of dust you can’t read them; I’d say our longest runner would have done 20,000 hours or more. 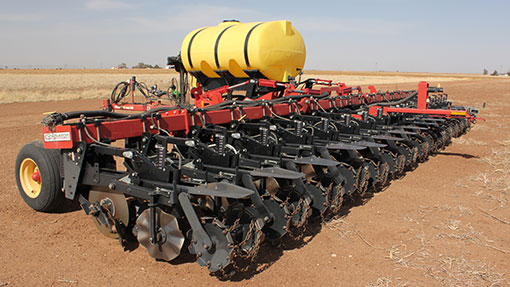 Aside from more water in our wells, I’d love a bigger combine. That’s my thing. We have a John Deere 9860, but I’d like a S690. That would be the one to get, its bigger and better.

My brother Kevin backed into an irrigator with the combine, which made a hell of a mess. Mine, I guess, would be when I ploughed up a major gas line with a chisel plough. It took 15 men and $12,000 to fix.

The nipple on the variable speed drive on the 9860 combine is one that you really need to know what you are doing to get to it. If the grease gun gets stuck, leave it there! 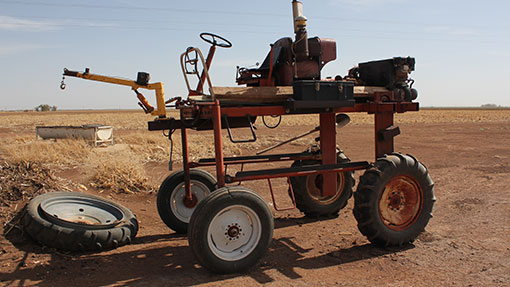 I made a sprinkler (centre pivot irrigator) car. It was an old high ground clearance crop sprayer, but now it helps us get a replacement gearbox out to the middle of the pivot when the crop is over the top. It has a hoist for the gear box and a compressor for air tools and fixing tyres. You can drive it over the crop without causing any damage, except on turns (see pic).

Rechargeable impact drivers for all the nuts and bolts.

We mostly buy second-hand. If it’s cheap, I like it. 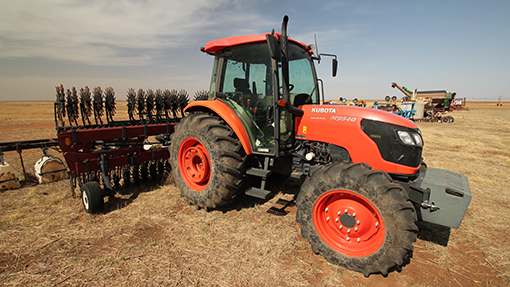 The worst job has to be changing a sprinkler gearbox. It’s usually in the height of summer, so it’s hot – above 100F (38C) – and horrible and usually takes about an hour if you know what you are doing. Our record is 36 minutes.

My favourite job is driving a big combine. In fact, it’s probably the whole harvest operation in a day. It’s the best feeling.

I have a Chevvy pickup. It’s a 2001 Silverado with a 5.3l petrol engine. It carries everything I need and I mean everything. It’s full of tools.

I like our 6100D, which sits on a baler for most of the season. It’s a good, smooth operator and a great baler tractor.

Our 9860 combine. We have had no major problems with it in three years after buying it at an auction for a very good price.

That all you have to do is press a button with some centre pivot irrigators and they work without a problem. You do have problems and they can be a real pain in the butt, although it isn’t too bad when there isn’t a high crop. 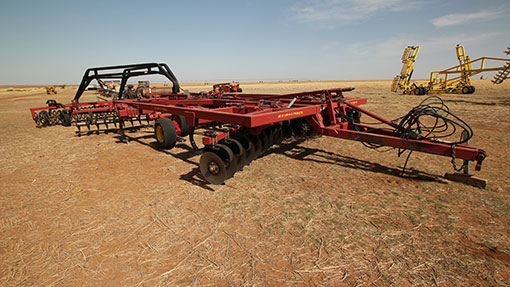 More tools are always good, but I’d buy a farm with enough water not to have to irrigate. But above all, I’d still farm.

I have a passion for short-bed Chevrolet pickups from the 1980s. I have six of them in the barn and they are my pride and joy.