However, six years ago the family took over a defunct local machinery sales company.

Since then, Louth Tractors has grown to two depots and employs over 20 staff, and while Mr Smith is managing director and focuses on sales, son Edward is in charge of the arable business farming over 64 soil types. 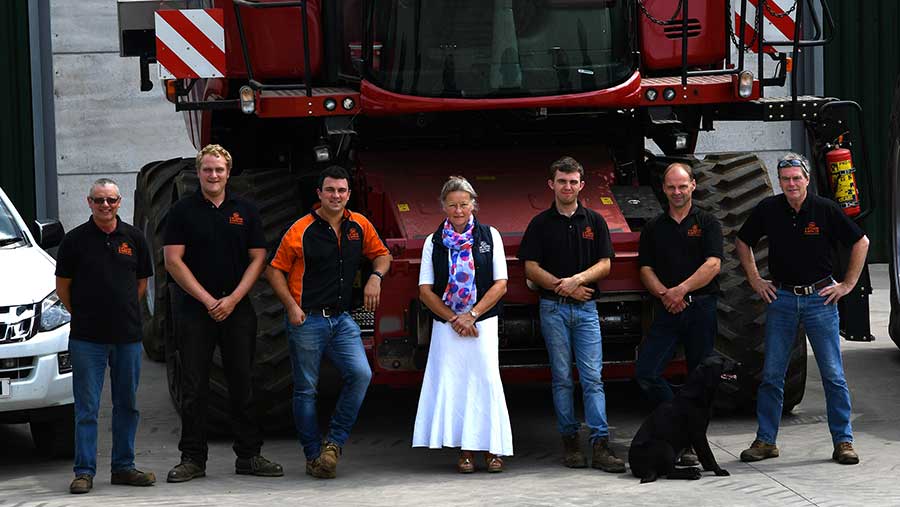 It’s worth noting that although there is a growing number of Case machines in the AW Smith and Sons’ fleet, Louth Tractors is completely separate from the arable operation, with the only link being the relationship between father and son.

Ed: I’ve driven every Case from a 75hp Farmall to a 550hp Quadtrac and I like them all. We used to run a mixed fleet, which included a couple of early Fastracs, but since we had our first Case, it was a bit of a game-changer.

Ed: It’s a bit of an obvious one – Louth Tractors, which we run as a separate business. Previously, there was no local Case dealer, which is why we never really settled on a brand.

Ed: Case’s Axial-Flow 9240 combine. We had New Holland CRs for years and have been rotary fans ever since they came out.

Last harvest was the first year running only one combine and, given we had 19 days consecutive rain, it did pretty well – although we could do with a bit of extra capacity.

John: The Steyr TVT 160 was the first tractor we owned with a CVT box and it converted us.

It also had some early Michelin Axiobib 710s, which were some of the first high-performance tyres on the market. Nowadays though, I’m relegated to the Husqvarna ride-on mower.

Ed: The Steyr TVT 160 always felt cramped. It was my tractor when I came back home, so I’ve probably done the most hours on it.

We had it stolen one early Saturday morning in 2010 during a spate of tractor thefts in the area.

We heard nothing for a month before a farmer near Louth spotted thieves in an abandoned haulage yard loading a couple of tractors onto a Turkish lorry bound for Iraq.

They’d sorted some slave wheels as the Michelin Axiobibs were too wide for a lorry container, while the cab had been subject to some serious damage in search of a tracking device.

The police arrived and caught them in the act and made five arrests in South Yorkshire in relation to the numerous thefts.

It was repaired and returned by the insurance company. I was gutted when it was found – I thought we’d got rid of it.

John: We owned a Ford 6610, which was great when it worked, but it spent more time in the workshop than on the fields.

A 2017 Case Farmlift 725, with the JCB being downgraded to the cattle. It’s only done 200 hours so far and apart from the annoying safety cut-outs, it looks a pretty decent machine.

Oldest machine on the farm?

John Deere 6410 with a loader, which has 10,200 hours on the clock. It’s a general yard tractor now and is up there with one of Deere’s best.

We run all machines to around 6,000 hours, with each bit of kit adding 800-1,000 hours a year. The sprayer covers the most ground as we use liquid fertiliser and our current Househam AR3500 isn’t far away from being replaced.

Over a two-year period, we upgraded all our old haymaking kit, including a large Krone mower, tedder and round baler.

Previously the job of producing 10,000 round bales a year for the ducks was painful as the old machinery was always breaking down and costing us time – it’s now a job we enjoy again.

A replacement for the Challenger 755B. We had a demo of a Case Quadtrac 540 last summer and are convinced it’s the way to go.

The Challenger starts to skid around when the late evening damp falls, whereas the Quadtrac just powers on. We are planning to have one here for this harvest.

Ed: Last harvest the combine was reversed into my truck as it tried to pass a car in the village – I was behind and as he reversed the straw chopper hit my bonnet, though the two-way radio saved the truck and me from being written off.

John: I got a Challenger 55 stuck up to its bonnet with a Simba freeflow drill on the back after being advised by Ed – who was 10 at the time – a few hours earlier that it was too wet to be drilling.

It was in full view at the bottom of the valley, so the local grapevine went into overdrive. 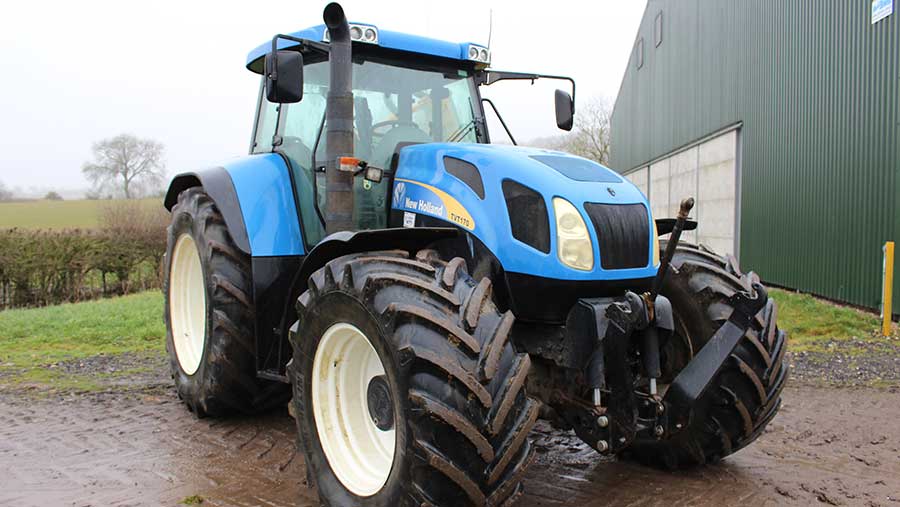 The Steyr TVT has cost us around £10,000 as a result of a niggling gearbox issue. It was one small problem after another and, in the end, it was sent away to ZF and we got a reconditioned box in its place.

The tractor should’ve been sold at 6,000 hours but it was kept because it was a good servant. We’ve since paid the price. 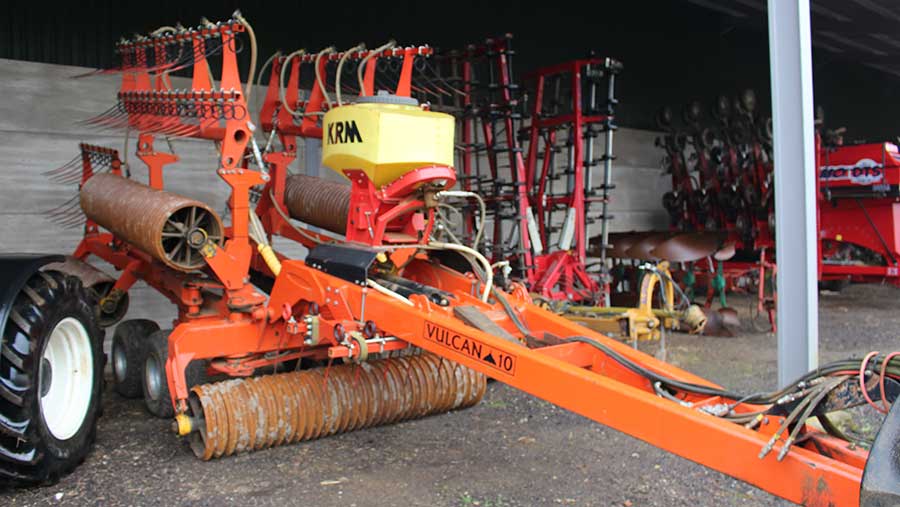 John: I designed a machine called the Vulcan, which was built by James Richardson from local JR Machinery.

It’s a 10m heavy-duty rake and roll and now does all the rolling on the farm. It has a set of tickling tines to level the loose soil in front before being pressed down. We like it, but the build cost and lack of time mean we haven’t made any more.

Mike. He’s our sprayer and cultivations operator and loves nothing more than a wet day in January to potter around in the workshop. His latest creation is some hay racks for Heston bales.

Yes, about 50% of our machines are ex-demo with anywhere up to 500 hours on the clock. The cost of new machines can be slightly daunting so if we can save a few quid on the purchase price, we will.

Ed: Cleaning grain bins on a hot day in the middle of June.

The farm truck is an Isuzu D-Max, which was bought second-hand from a vehicle escort company so it’s done a fair few road miles and is immaculate.

Ed: The Quadtrac we had on hire last summer.

Ed: JCB’s Fastrac 1135 – it didn’t like the hills around the farm when carting grain. If you missed a gear when shifting down, it was a case of roll back down and have another go.

John: I had an early JCB 520 Loadall on demo and we liked it. I can’t remember why, but I ended up buying the smaller model and it was a huge mistake as it was very low-powered and different to the demo model.

All the experienced chaps have been trained to use it and everything is much simpler. It may not seem like a bargain at the time but, in the long term, it’s a no-brainer.

I have a 1955 Case 500, which has been restored and is sat in the garage at home. It was imported from Iowa, USA, but doesn’t get out much.