The Cradock family open their machinery doors for our What’s in Your Shed? series, revealing a mainly second-hand-sourced New Holland tractor fleet that includes plenty of old timers.

As well as a stack of tractor classics, the team also have a sideline business preparing Toyota land Cruisers and other 4x4s for off-road touring. 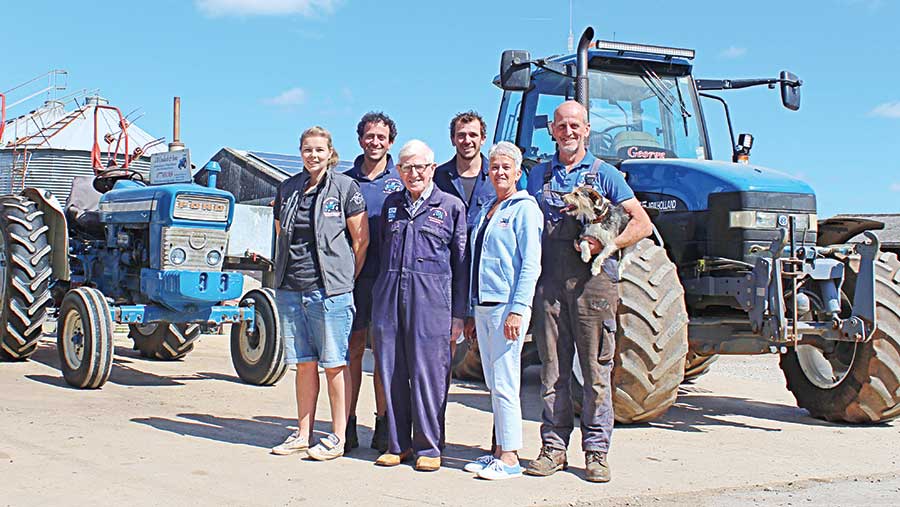 How did you start out?

Our family started farming in this area in 1933 and we’re on the fourth generation now. The farm has grown gradually as a few of our neighbours have given up farming and we have added various different diversifications over the years.

We do quite a bit of agricultural engineering and recently got into preparing Toyota Land Cruisers for overland touring.

We’ve always been loyal to Ford and New Holland tractors, partly because Ian spent so many years working as a mechanic at TH White before he came back to the farm.

Our three frontline tractors are still New Hollands and we have several older Ford and Fordson models that still get regular use. We have a few classics from other makes too though. 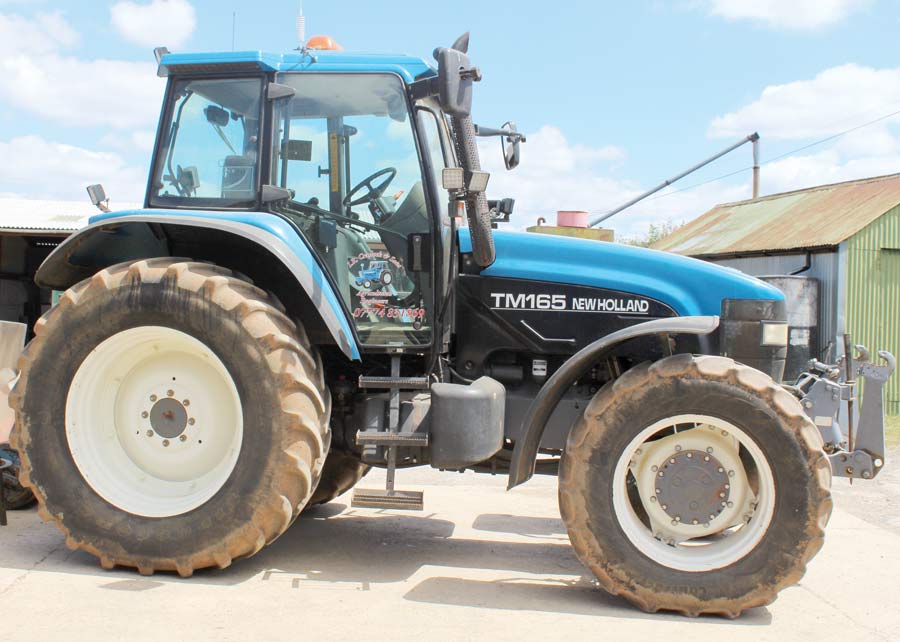 It’s fairly rare for us to buy new machinery, so we don’t come into contact with dealers all that often. However, when we went to buy a new Accord drill, Lister Wilder gave us first-class service and treated us as though we were regular customers.

Our 1987 JCB Loadall 520 Farm Special has to be our favourite. The clock stopped working some time ago, so we’re unsure of its exact hours, but it must be on at least 13,000.

Whatever the weather, the Perkins four-cylinder fires up instantly and it never gives us any serious trouble. It’s rated to lift about 2t, but it’ll comfortably handle more, and the 5m reach is ample for our needs. 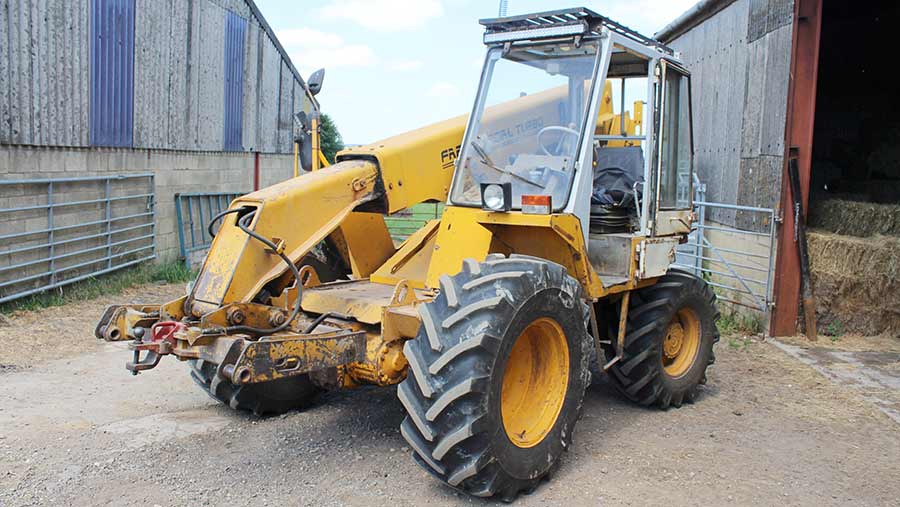 The McConnel PA34 is our least favourite. There’s nothing wrong with the machine itself, but the position you have to sit in to use it is so uncomfortable and none of us like using it.

We decided to upgrade our old Hardi mounted sprayer for a self-propelled and after plenty of deliberation, decided a Bateman Hilo would be the best bet.

That’s partly because they’re fairly reliable, but we also liked the fact Bateman has such a good reputation for its after service.

We saw our 1995 model advertised on Bateman’s website and thought it looked tidy.

We haven’t had chance to use it yet, so time will tell how well it goes.

We also have a second-hand John Deere Starfire GPS unit to fit in it. This came with a steering wheel motor, so it will be capable of autosteer and there is a second wiring loom that we’re going to fit in one of our TM165s.

We have a 1938 Fordson Model N with a Perkins P6 engine that we assembled from all sorts of bits and pieces we could get our hands on. Like most of our old tractors it gets used regularly, running the mill and doing jobs such as chain harrowing in the spring. 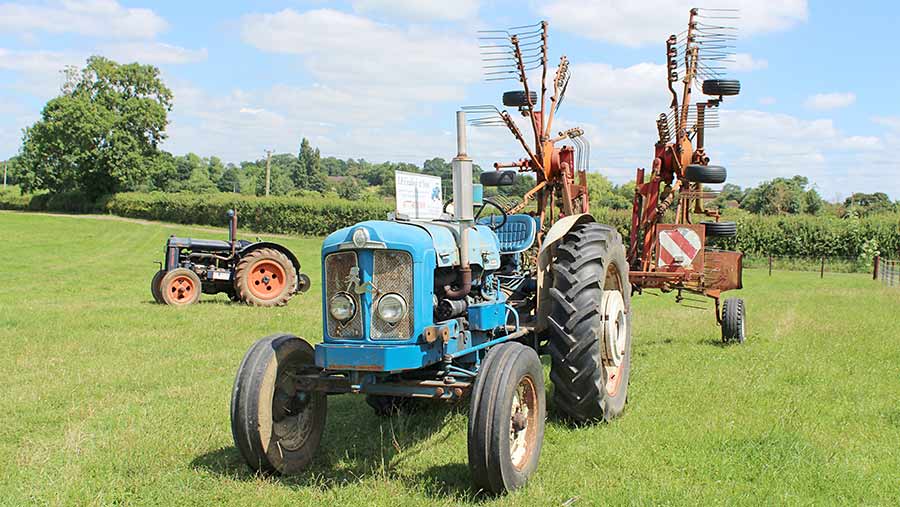 Once we’ve bought something, we tend to hang on to it for good. However, we have gotten rid of the odd tractor we weren’t that keen on.

At the moment we’re after a twin-disc fertiliser spreader to replace our old Vicon 802 “tail wagger”. We’ve modified it a bit over the years and added a hopper extension so it can take two 600kg bags.

But now we have the Bateman and we’re moving to 24m tramlines, we need something that can spread accurately to that width. 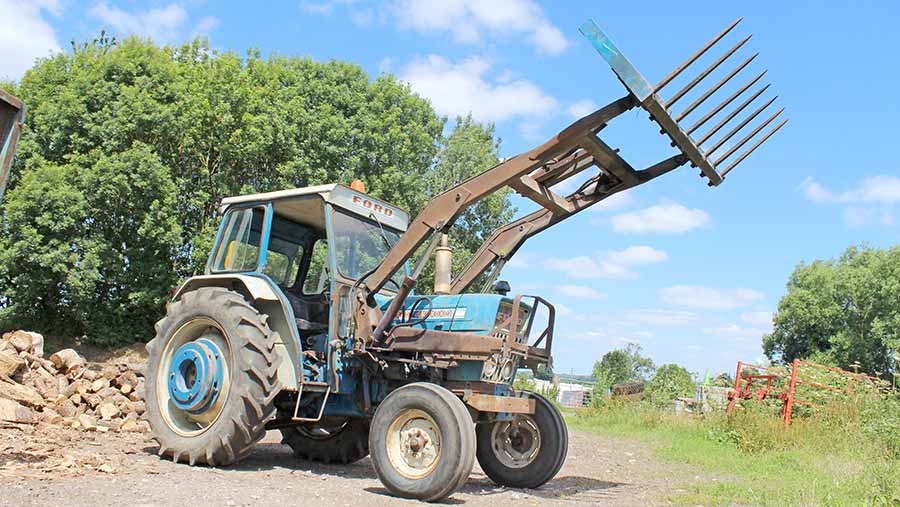 We had a chap working for us part-time who managed to pull down a power line with the rear door raised on the back of a muckspreader. When it fell it arced off the back of the spreader and set the stubble on fire.

We called the fire brigade, but luckily it had just about snuffed itself out by the time they arrived. Thankfully we didn’t receive any fines, as one of the poles was leaning and the line was far too low.

The electrics on one of the TM165s has set us back quite a bit recently. We got in it one day and there was a strong whiff of hot plastic and half the LCD display had stopped working. We sent it off to David King Electronics to repair at a cost of £450, but that only solved part of the problem.

We then sent the suspension ECU off to King’s, which cost us another £450 and we’re just about to fit that and see if it’s properly sorted. We also had to have the suspension accumulators topped up, which set us back a few quid.

We made a removable clevis/ball hitch and hook for the JCB Loadall carriage. It saves so much time when moving trailers and other machinery around the yard.

Our range of cordless Milwaukee power tools – we’ve got everything from drills and impact drivers to circular saws and grease guns, and they’re all brilliant.

We almost always buy second-hand and most machines have a few ailments that we need to sort out before we can use them. The only machine we can remember buying new is the Accord drill, as second-hand ones were generally worn out or too expensive.

The main farm truck is a single-cab Mitsubishi L200 that we bought new in 2011. L200s always seem to be reasonable value for money and when we looked to replace the old one, Mitsubishi was the best on price.

We wanted the most basic 4-work model, which they offered us for £13,000, but they ended up delivering a higher-spec 4-life with air conditioning and electric windows. It gets used as a mobile workshop and run-around and has been excellent.

Our Ford 5000 has to be the best. We got it in the early 90s to run alongside our 4000 and its main role was pulling a three-furrow Rabe reversible plough.

It had done a lot of work when we got it and was fairly tired, so we treated it to a complete overhaul and fitted all the usual extras including power steering.

It’s now done about 20,000 hours (roughly 10,000 since the overhaul) and it’s still running sweet. The beauty of these old tractors is there is very little to go wrong with them.

For a while we ran a Ford 8210 with a front loader and it was just horrible to drive – nothing like the 8200 we still have now. The clutch was so heavy you needed a hydraulic ram in your leg to operate it.

The transmission was also a pain for shunting around the yard, as you always had to make two shifts to get the right forward and reverse ratios. The eight-speed Dual Power in the 8200 is so much better.

We’ve had quite a few bits and pieces we’ve picked up cheaply, but our 6.2m Marsk Stig folding Cambridge rolls have probably been the best. We bought them at a farm sale for £1,100 and they were in fairly good nick.

Shortly after that a car smashed into them on the road and our insurance company wrote them off for £2,000. We then bought them back for £200, straightened out the bent shaft and got them running again for the cost of two £70 bearings.

We have loads of classics, but most of them are still used regularly. There are a couple that are awaiting restoration, though.

A relatively new side of the Cradock’s business is preparing Toyota Land Cruisers and other 4x4s for off-road touring, otherwise known as overlanding.

The family have been long-standing fans of Land Cruisers – particularly the revered 80-series – and after Benjy bought and modified one to circumnavigate Australia, they decided to start preparing them for fellow travellers. 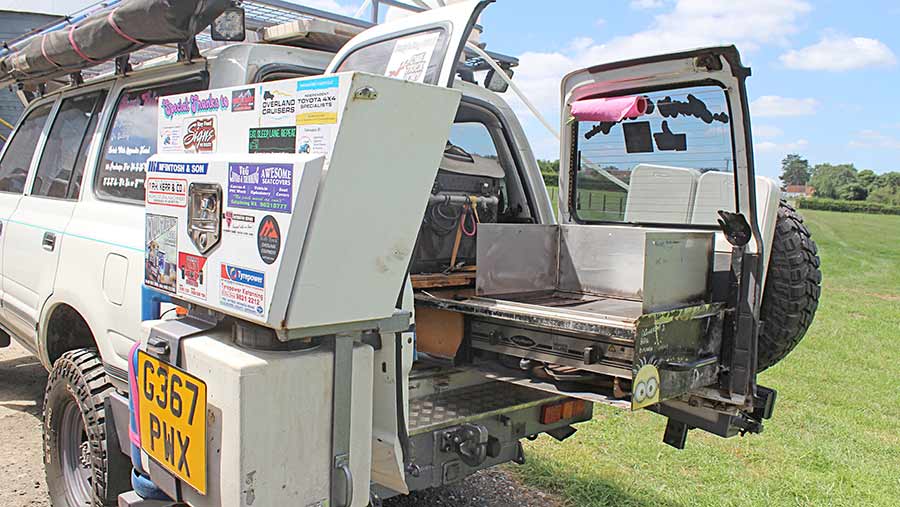 Modifications to the mechanics include a 2in suspension lift, an additional long-range fuel tank, snorkel and air-powered diff-locks, if required.

One of their next projects is to convert an 80-series into a double-cab pickup. They reckon its tough chassis, 4.2-litre, six-cylinder diesel engine and 3.5t towing capacity should make it ideal for the job.