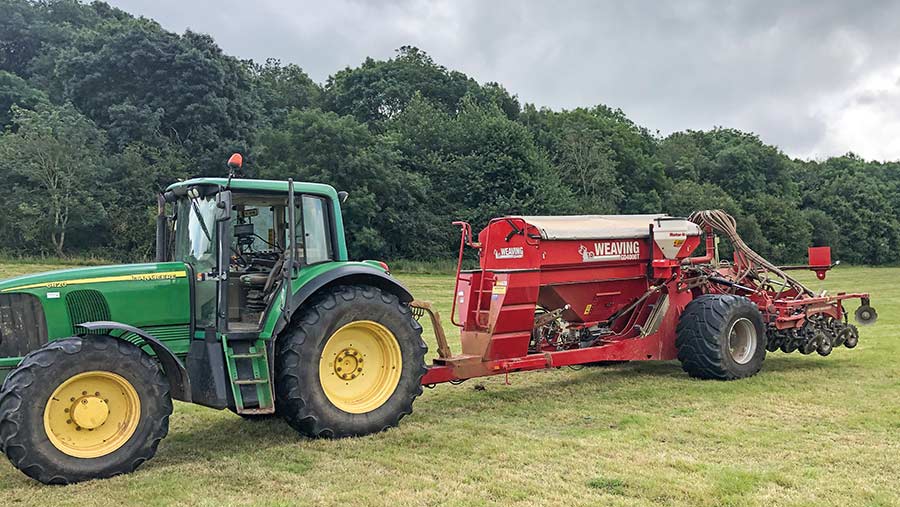 Investing in new technology can be cripplingly expensive for a small farm, but securing funds from relevant grant schemes makes it possible to lighten the financial burden.

James Kent and his father-in-law Robert Floyd farm 100ha in Bransford, Worcestershire and they have used several government and private grants to help bring their machinery fleet up to date.

This includes upgrading a tractor to autosteer and adding section control to an old self-propelled sprayer, as well as buying a new no-till drill and high-end fertiliser spreader.

“On a farm like ours you don’t earn enough to justify buying new equipment with the latest technology, but grants help make it possible,” says Mr Kent.

“In our case, we’ve also been able to upgrade to some larger kit that means we have the capacity to carry out contracting work.” 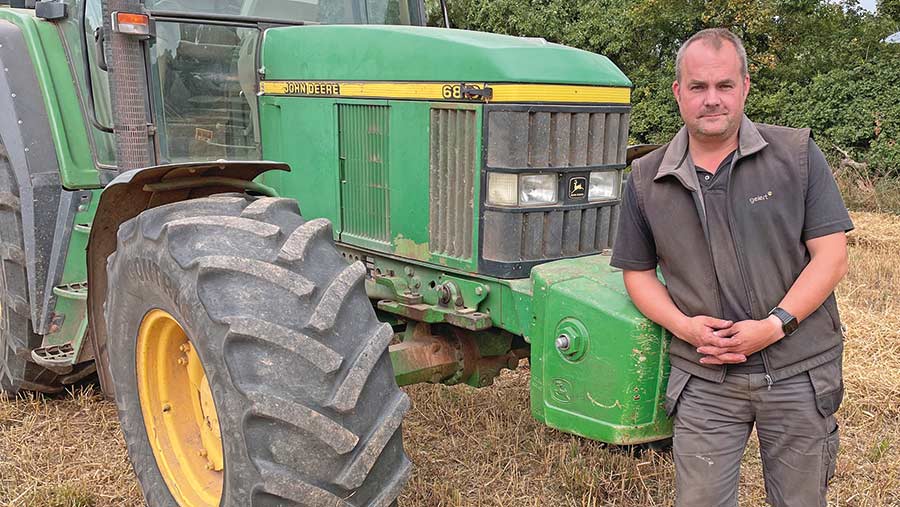 Mr Kent first became aware of the potential of grant funding when he attended a Severn Trent event at a local farm.

As his land is in the River Teme catchment, which feeds into the Severn, he found out that he was eligible to apply for a Steps (Severn Trent Environmental Protection Schemes) grant.

These schemes are designed to help farmers invest in equipment or farming practices that help protect water quality, biodiversity and the natural environment.

Funding covers half of the investment up to a maximum of £5,000 and farms can apply for one a year.

See also: Undersowing maize: Trials, tips and all you need to know

Keen to improve the accuracy of his spraying operation, Mr Kent put in a grant application to help pay for adding section control and auto shut-off to his 24m Kellands Agribuggy Phantom self-propelled.

The process was relatively straightforward and he received £2,500 to put towards a £5,000 Teejet Matrix Pro 570 system.

“All I had to do was demonstrate that the investment would contribute to better water quality, which was simple in this case,” says Mr Kent. 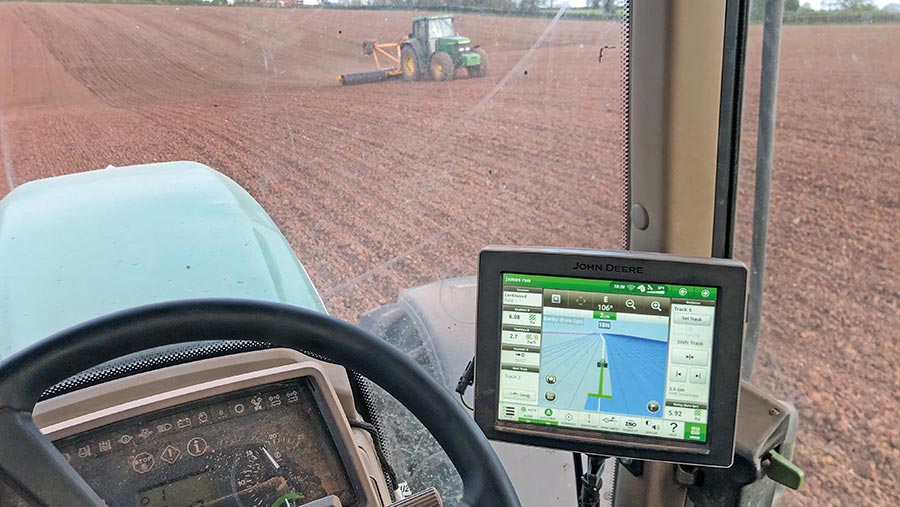 Gloucestershire sprayer specialist Severn Agriculture supplied and installed it, which involved fitting a GPS unit and control screen that connects into the existing spray controller.

To use it, Mr Kent simply records the field boundary while spraying the headland, after which the system automatically turns the sections on and off as he works across the body of the field.

A couple of years later he put in for a second Steps grant to retrofit autosteer on the farm’s 2003 John Deere 6820.

By this time there was more competition for the grants and the link to improving water quality was more difficult to justify.

“I made it clear in the application that we had a staged plan to improve the accuracy of applications, and the autosteer would be a key part of this,” he says.

“By building a story I managed to show that there would be a bigger benefit in the long run.”

An Isobus harness was also added, allowing the screen to run compatible implements.

Recently, the farm has done a deal to trade in the 6820 for a more modern 6155R that is autosteer ready. However, they’ve been able to transfer the receiver and screen to the new tractor.

Purchase price was £16,000 and the grant covered £5,000 of this. “In truth, we didn’t need a spreader that was this sophisticated, but the grant allowed us to have it for the same price as a much more basic model.” 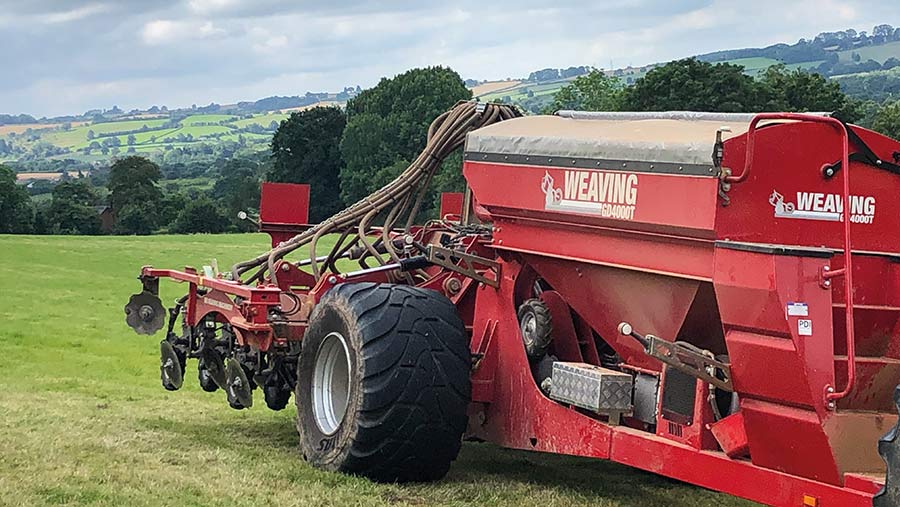 When the time came to replace the farm’s ageing drill, Mr Kent put in for another grant, this time provided by Leader.

He came across it thanks to being subscribed to a Worcestershire Council mailing list, which alerted him to the scheme’s launch.

As it was provided by government, rather than a private company, the application process was considerably more complex, with more evidence required to demonstrate the benefits it would bring.

Often, farmers outsource this task to a land agent or advisor at a considerable cost, but thanks to his former career in the RAF, Mr Kent was familiar with the level of bureaucracy.

“I’d say it took me about 20 hours to put all the paperwork together, but we got £25,000 to put towards the drill, which meant it was time well spent.”

The only downside was that the funding arrived a couple of months after the drill was paid for, which pushed the farm into its overdraft.

“It’s the same with all of these schemes and it prevents some people who really need the money from being able to access it.”

The drill in question is a 4m trailed no-till Weaving GD that cost a total of £60,000. With this the farm has started moving into regen agriculture, establishing cover crops and doing some direct drilling.

However, they are still using a McConnel Shakaerator to lift some ground and a set of Tulip discs to break up clods when required. 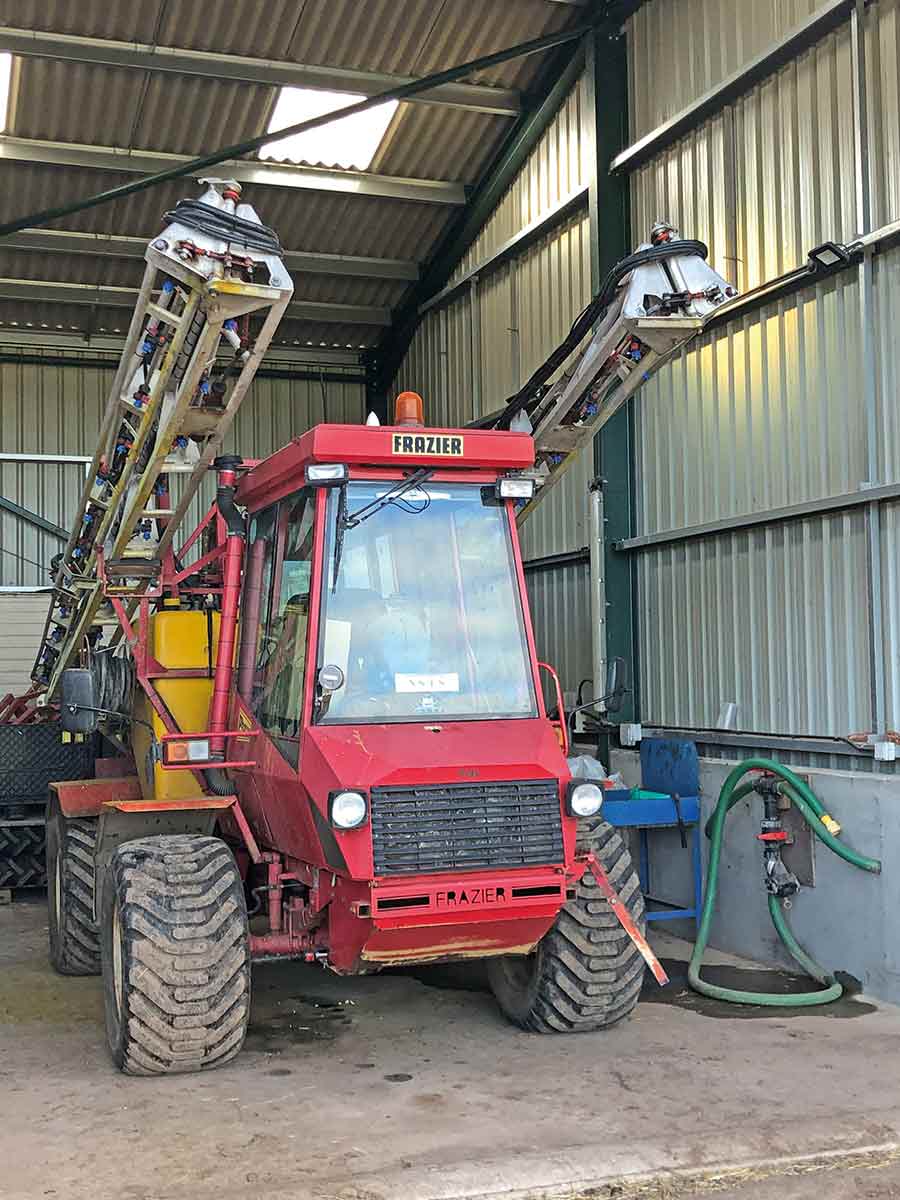 The farm’s sprayer filling area was brought up to scratch with the help of a Countryside Stewardship Capital Water Grant.

Funding amounted to £10,000, which covered half the cost of the project. It involved devoting two bays of a new barn to a covered filling and wash-down area, with an IBC filtration system built in.

Mr Kent had the option of applying for a Severn Trent Steps grant to pay for a portion of this work, but the funding would have been half that of the Capital Water Grant.

He’s also applied for a Countryside Stewardship Mid-Tier scheme that includes putting half of the farm into an AB15 two-year legume fallow.

If successful, this will pay £522/ha and will have the benefit of improving soil quality and reducing the blackgrass burden.

Funding he’s yet to tap into is that provided by the Countryside Productivity Small Grant scheme, soon to be superseded by the Farming Transformation Fund.

The reason for this is that it applied to specific items that the farm didn’t need.

“I’ve been asked to carry out some testing on the website for the new scheme, so I should get to see early on if there’s something that would benefit us.” 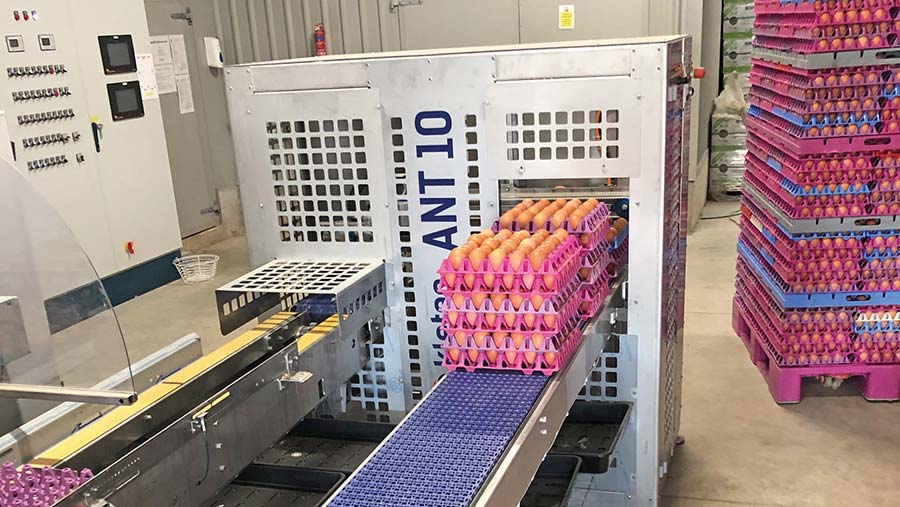 A recent diversification has been for the farm to invest in 12,000 organic free-range laying hens, which will soon be joined by another unit of the same size.

As a result of labour shortages caused by the pandemic, Mr Kent was able to apply for a Covid Recovery Grant from Worcestershire Council that put £10,000 towards installing a £22,500 robot egg tray stacker.

This does away with the need to have an additional person on the packing line by taking trays of 30 eggs from an existing machine and stacking them in piles of six ready to load on to a pallet.

The secret to accessing grant funding is to be on the ball and ready when it becomes available. Many are limited by the total amount of funding or number of applications, so it’s easy to miss the opportunity, says Mr Kent.

“I now know where to look for new grants and when I see one that’s relevant to us, I go for it.

“However, it’s got to be something we really need – there’s no point investing for the sake of it as you still have to pay at least half of the cost.”