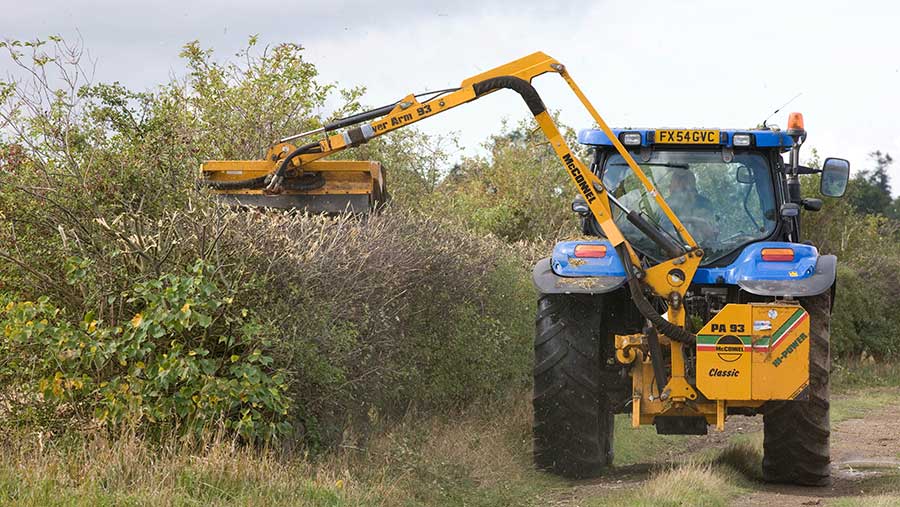 More than 1,200 people have signed a Farmers Weekly petition that calls on Defra to repeal the August hedgecutting ban.

Since our petition was launched in mid-February – both online and in print – we have been overwhelmed by support from readers and industry groups, including the NFU, the Tenant Farmers’ Association and the Country, Land and Business Association.

We have invited readers to sign the petition and include any supporting comments.

See also: Why you should get behind our hedgecutting ban petition

A pattern is now emerging of the main reasons why many of you, like us, believe the August hedgecutting ban should be reprieved.

Here are 10 of your chief complaints:

1. Experienced contractors, some with more than 50 years in farming, maintain there are very few late-nesting birds still in hedges in August, apart from wood pigeons, which are considered vermin.

2. Farm contractors are forced to sit out August – historically one of their busiest times for hedgecutting. Loss of income is enormous and many lives depend on this money.

3. August is generally a dry month with plenty of daylight hours and an ideal, safe time to cut hedges. Travelling on land in August causes less damage and less soil compaction.

4. It provides less food for birds. Hedges cut in August have time to produce berries for birds, whereas those cut in September remain bare until spring.

5. Pressures in agriculture are great enough without shortening the hedgecutting season, which means many contractors are left cutting hedges in winter months.

6. The ban is unnecessarily rigid and ignores any regional variability of nesting birds. Overall, it could be creating greater environmental damage by forcing contractors to cut hedges during wet periods.

7. Hedges on roads next to farms can become overgrown by August, which is dangerous for drivers and tourists visiting the countryside, especially on narrow roads.

8. There is not enough time to trim all hedges on arable land between 1 September and also complete cultivations and autumn drilling, especially oilseed rape on heavy land, before it gets too wet to travel.

9. Farmers believe they are unfairly singled out by the August cutting ban – people on golf courses, woodland, local authority parks and private homeowners can cut hedges all year round.

10. There is no impartial scientific data to support a hedgecutting ban in August and no proof of a beneficial effect on farmland birds and/or the environment.

* The petition will remain open until Friday 31 March.