This year’s finalists come from vastly different farms, but all share a tireless work ethic and an ability to employ highly specialised skills from an array of complex trades. They are the cornerstones of their farming businesses.

The 2017 Farmworker of the Year finalists are:

Stephen Adams was born, raised and has worked within a stone’s throw of his employer’s farm in Caxton, Cambridgeshire, for the past 55 years.

From May until the end of harvest, Stephen can be found baling 18,000-20,000 bales in a variety of sizes for a host of clients who both trust and value his experience and expertise.

“His ability to know when to bale the crop and make top-quality haylage is second to none,” says farm manager John Millard.

“When the weather is good he works all hours of the day to get as many bales done as possible – but knows exactly when to stop before the moisture has risen too much.”

He adds: “This point is vital to our buyers, who have full confidence that the haylage will be top quality for their customers – so much so that many don’t probe our bales, as they know what to expect.”

Often working with his brother Michael, Stephen says they have a sixth sense around each other and work together seamlessly.

When the hay needs loading, the merchants are unanimous in their acknowledgement that Stephen is the best wagon loader around, with his brother a close second.

Farm manager John adds that his proficiency with the telehandler makes it seem as if the machine is an extension of his right hand.

Stephen is an out-of-the-box thinker. Where some might see a pile of scrap metal or an old trailer, he sees a project and an opportunity to save his farm substantial capital.

He has developed a bespoke 16-bale traditional baling fork – designed specifically to assist with baling of hay and straw destined for the horse trade.

No welding challenge is too great for Stephen, who has saved his farm many tens of thousands of pounds redesigning and rebuilding everything from wheel bogies, dump trailer axles and artic trailers with precision and efficiency.

Farm manager John adds that his farmworker was a natural at teaching boars to use a dummy for collecting semen when Firs Farm had its own AI centre.

He also modernised the way the farm feeds its small suckler herd, as well as improving the layout for cattle housing.

The value and trustworthiness attributed to Stephen is highlighted by the esteem in which he is held by those around him. He is the man they call when things go wrong.

So much so  that when his employer, John, retires in the near future, Stephen already has a host of offers from local farmers looking to snap up his expertise.

Stephen is wholly reliable and dedicated to the business and happy to take on new responsibilities. He has a complete understanding of the parameters of his and other members’ roles and there was clearly a great synergy and respect between them. 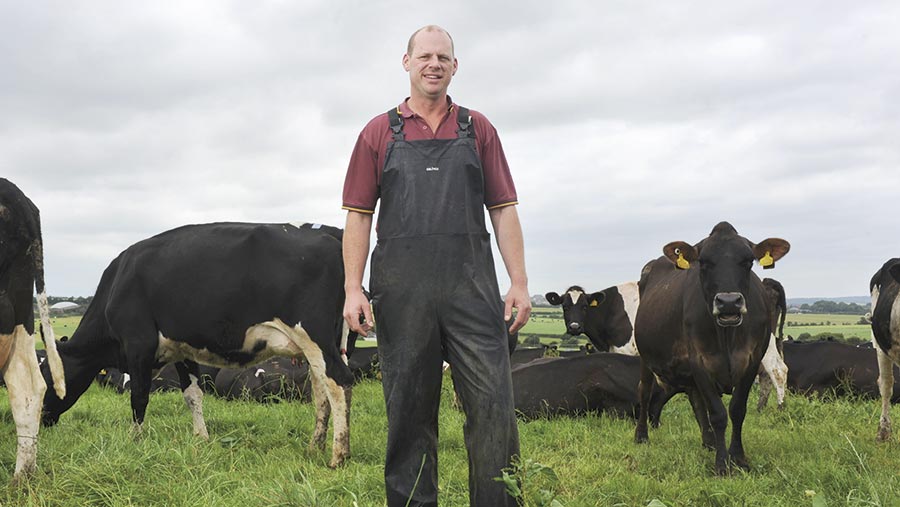 Gary Hawker is a farmworker driven by a desire to constantly evolve and improve the efficiency and productivity of his dairy herd, through a forensic knowledge of his land and animals.

Despite his promotion to herd manager in 2008, Gary is very much a hands-on member of his team and is willing to undertake any job to ensure everyone on his team is happy and working to the best of their abilities.

He has witnessed huge change across his two decades at Clandon Farm in Dorset, including the herd’s change to spring block-calving in 2000 and more recently overseeing its conversion to once-a-day milking in March this year.

The change to once-a-day milking was spurred by a turnover of personnel, and resulted in a better work-life balance, so Gary can spend more time with his family and young son Max. However, it also requires a greater focus on costs than ever before, says farm owner Nick Finding.

“Gary’s attention to detail with stock and management of grass means that I can leave him to make his own decisions.

“He’s the sort of person I can trust to get on with any job and I’ve never known him make the same mistake twice.”

With a prolific understanding and proficiency for using data to benchmark himself and his herd against local producers, Gary also strives to beat his own performance from previous years.

“I take a lot of pride in our real-time figures,” says Gary. “I get the biggest kick in seeing bactoscans, butterfats and proteins improving on previous results.”

Following Clandon Farm’s transition to once-a-day milking, Gary has seen butterfat and protein content increase from 7.63% to 8.10% – a rise of 5.9% across April, May and June 2017, compared to the same period a year before.

The amount of concentrate used per cow also fell by 38% – a saving of 33,174kg over the same three-month period.

While the herd’s size had gone up by 15% to 435 milking cows, instances of lameness fell from 17 to just three.

Gary’s drive for detail has had wide-ranging benefits for the farm – the quality of calves he has helped to develop means buyers regularly seek out his animals at market, despite his herd being under TB restrictions.

He has also helped make a success of once-a-day milking, ensuring a high level of animal welfare, optimum fertility alongisde driving cost of production down to maximise the farm’s Wyke cheese contract.

As well as playing a full role in milking the herd, Gary employs a high level of stockmanship in managing cow health and fertility, heat detection and lameness.

“If they were my cows, I wouldn’t do anything differently to what I do now,” he says.

Gary is very loyal and a long-standing member of the team. He has grown through the ranks and had no problem with changing roles as the business evolved. He has always led by example with his attention to detail the standout attribute. 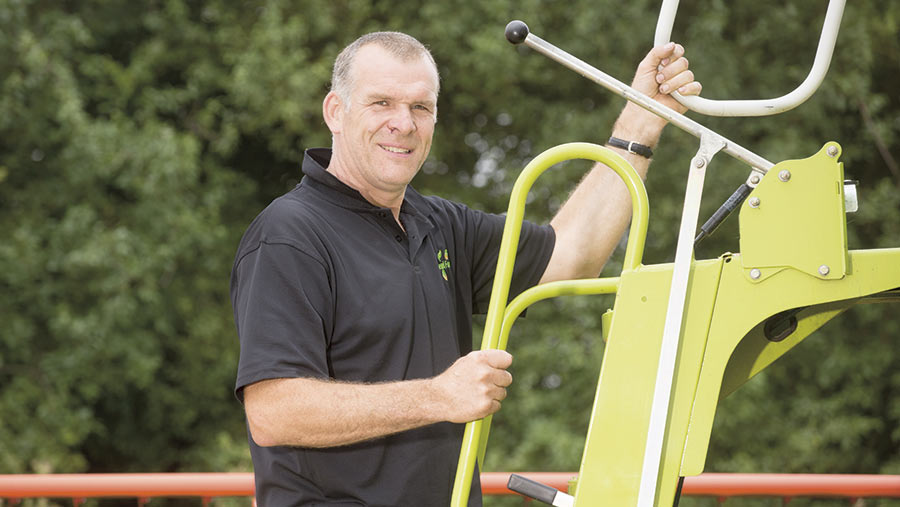 Hugh Sapsed lives and works by a simple mantra: Don’t make life hard for yourself – keep work simple and do it well.

This approach has been employed by the farmworker throughout the John Sheard Farms business in Bedfordshire, shaving valuable minutes and hours from the working day by making innovative adjustments to the way the farm’s three-man team operates.

Whether it’s expanding gateways and keeping hedges low to allow for easy operation of machinery, or his innovative combination of the Avadex applicator to the rolls which reduces two jobs to one, every second is quantified and shredded if unnecessary.

Hugh is no stranger to plaudits. As well as his shortlisting for Farmworker of the Year, he was named Combine Driver of the Year 2012, and is also an accomplished baker – winning the Tillbrook Village Man’s Cake competition in 2015 – with the certificate proudly hanging in his bathroom.

Constant training and self-improvement are important drivers for Hugh, who is a firm believer in developing his team and staying in regular contact through team meetings. He learned the benefits of this as a retained fireman in the local area.

“When Hugh joined the business, he came in to replace the work of two men, undertaking all of the farm maintenance,” says farm manager Paul Sheard.

“He is really the sort of guy you don’t come across anymore.”

Hugh is a true servant to the farm he has  been employed at for the past 12 years. He was instrumental in winning a diverse range of new contracting work, including hedgecutting, tree shearing, spraying, digger and construction work.

“I have brought tenants on to units, and found farmers to take on buildings for cattle,” says Mr Sapsed.

“I managed to get 90 acres [36ha] of extra contracting work last year too. My thinking is the more varied things we take on, the better for the farm, landlords and job security.”

Hugh is a multi-talented farmworker in every facet of the farm –adept at plumbing, bricklaying, plastering, woodwork and electronics. He also proudly states he can drive anything.

“He is really the sort of man where as a farm manager you could go on holiday for two weeks and come back to everything working in perfect harmony,” said independent judge Robert Kilby.

Hugh is an enthusiastic and highly respected member of the team who leads by example with his passionate and positive approach to everything. He has wide-ranging skills that benefit the business on all fronts, from skilled machinery operator and repairer to estate improvements.”

“Isuzu is immensely proud to yet again sponsor the Farmworker of the Year award. This year has seen exceptional entries from varied hard-working farmers. However, what makes all the finalists stand out is the passion and commitment to their roles, combined with the desire for continuous improvement and development at their individual farm businesses.”