In the second part of our 2018 news round-up we look back at some of the biggest farming stories from the year.

We saw the harvest of the world’s first crop to be grown by robots, the marking of 100 years since the end of the First World War and the end of the annual young farmers’ convention.

See also: 2018: The farming year in pictures, part one 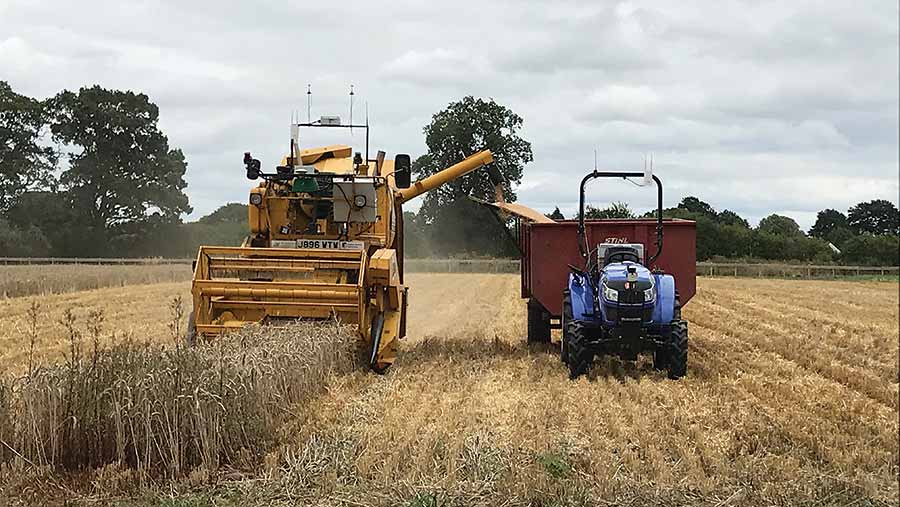 Mr Parry said he clocked up more than 13 hours on the phone to the RPA before it finally admitted the blunder. 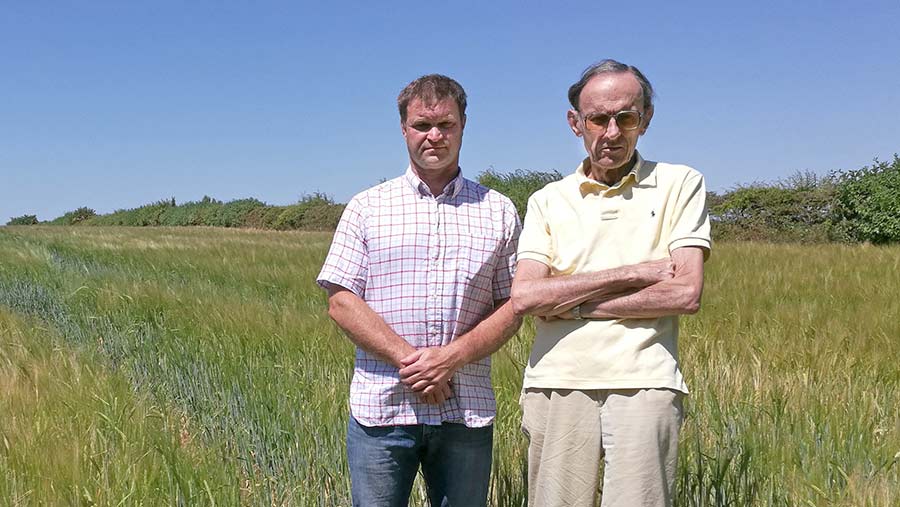 Oxfordshire farmer Bernard Wallis thanked neighbours and firefighters for helping to contain a field fire that destroyed 47ha of winter barley, but saved 8,000 pigs from being burned alive.

The blaze, at Ewelme Down Farm, in Ewelme, near Wallingford, broke out on 14 July. Farmers broke off from harvesting to dig fire breaks and help 50 firefighters stop the flames from spreading to adjacent fields. No one was injured. 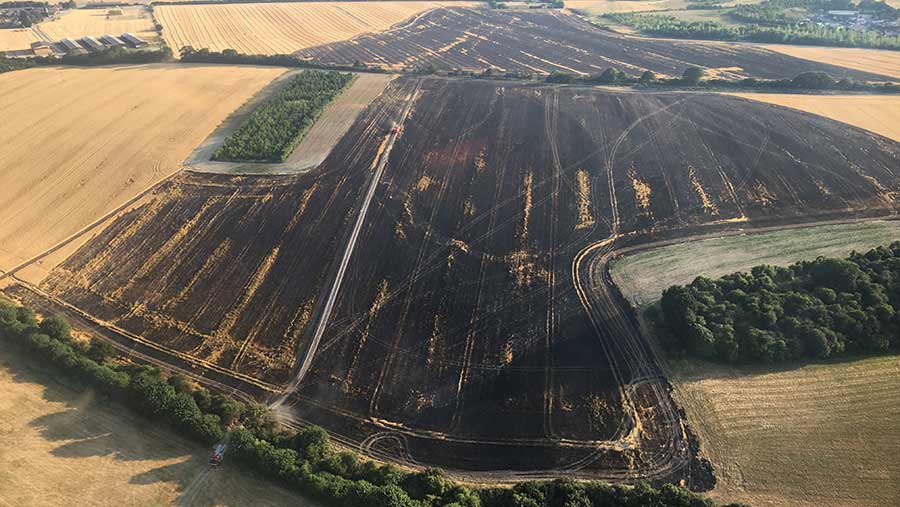 The vital role farmers play in producing food, caring for the environment and shaping landscapes was highlighted to the Welsh public this summer.

The major routes to the showground in Llanelwedd, Powys, were lined with colourful gate banners and eye-catching bale stickers. 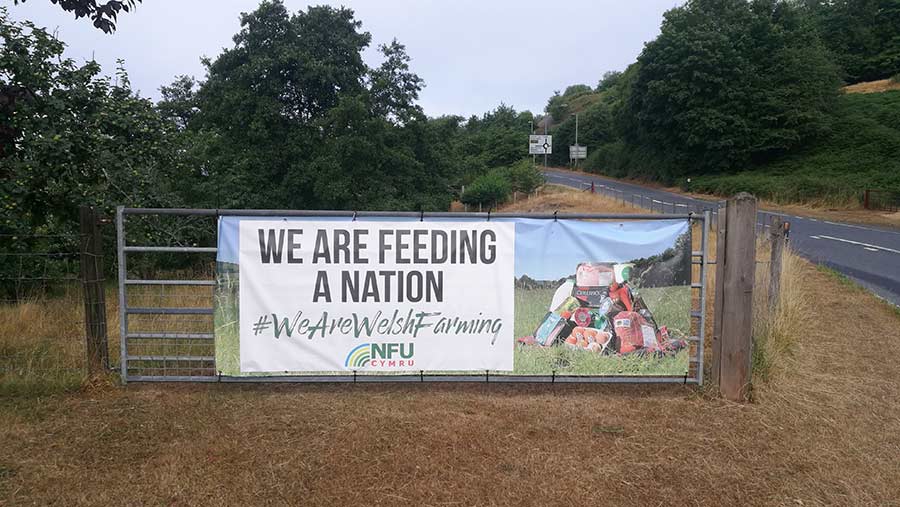 “Health and wellbeing is a massive issue – not just in farming but in rugby too,” said the 30-year-old Ospreys flanker, whose family runs a sheep and beef farm near Llandrindod Wells. 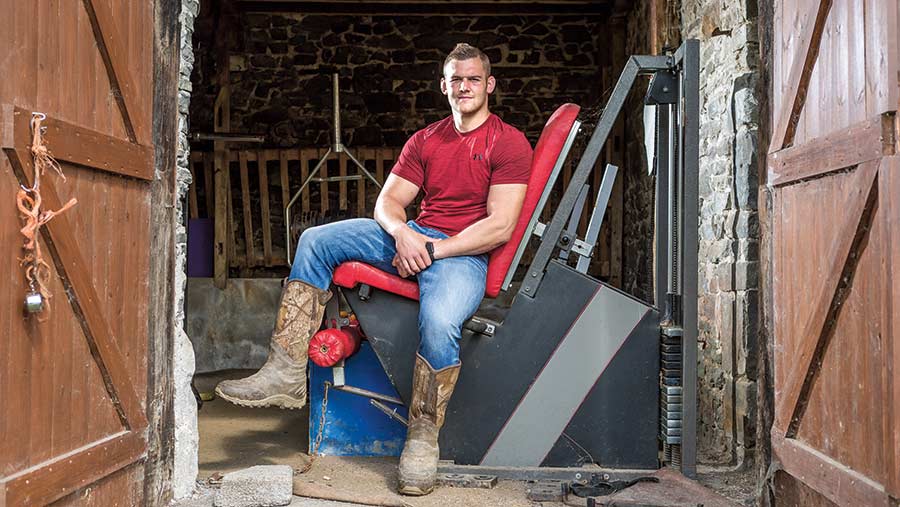 The annual young farmers’ convention was cancelled for the foreseeable future following “appalling” drunken behaviour by some members at this year’s event.

The National Federation of Young Farmers’ Clubs announced in August that it would no longer hold the event after a bout of anti-social behaviour at the convention in Blackpool during the May bank holiday weekend (4-6 May).

A handful of young farmers were caught on camera committing anti-social behaviour, including kicking cars, during this year’s convention. 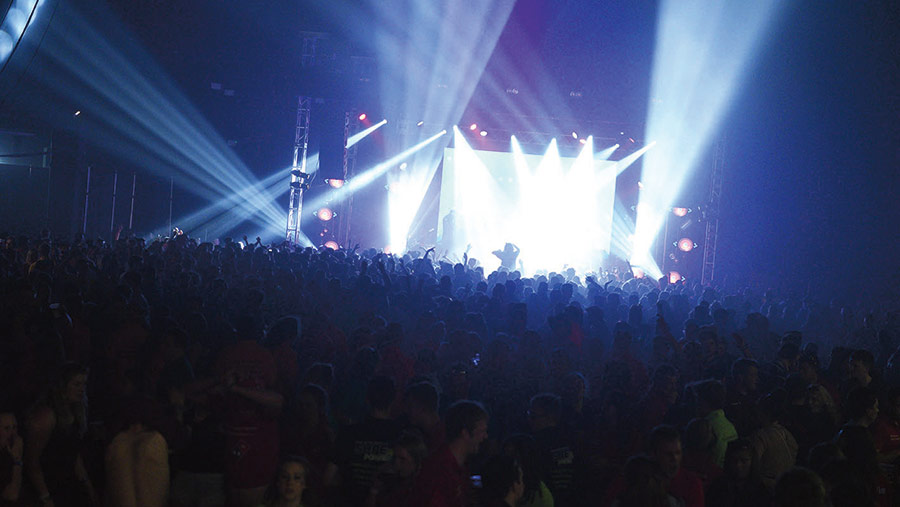 Frustrated farmer Sam Burton blocked HS2 contractors from access across his land near Southam, Warwickshire, over false assurances and unnecessary disruption to his farming activities from those in charge of the government’s high-speed rail project. 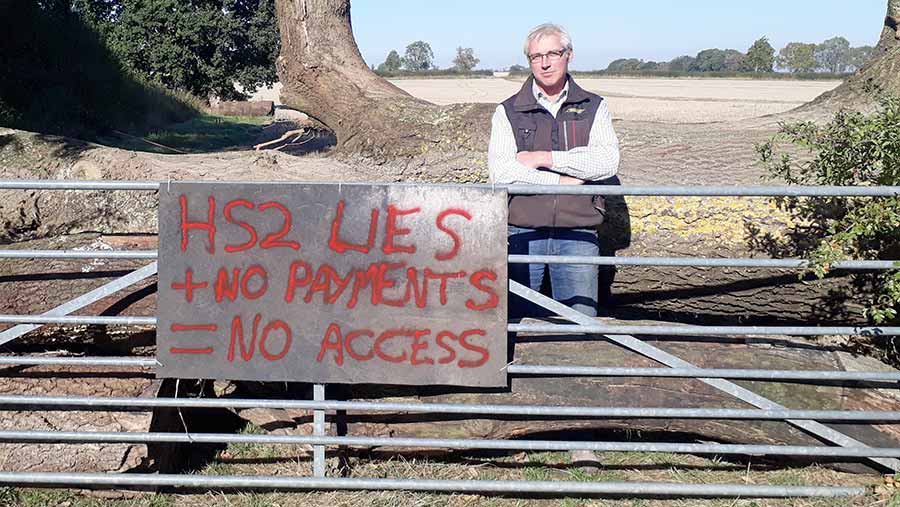 A group of North Devon farmers from South Molton won the inaugural National Land Art competition, held during the OVO Energy Tour of Britain, the UK’s most prestigious cycle race.

The giant work of art, which stretched more than 45m in width, featured alongside Stage Two of the OVO Energy Tour of Britain in September. It comprised 19 tractors, 16 all-terrain vehicles, a 13-tonne excavator and one slurry tanker wrapped in plastic. 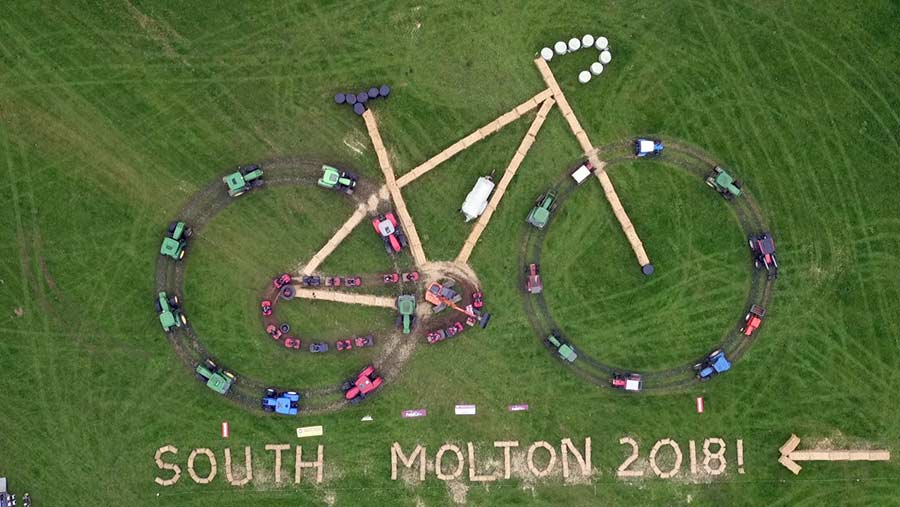 Hampshire farmer Craig Livingstone from Lockerley Estate at East Tytherley was crowned Farmer of the Year at the Farmers Weekly Awards, the Oscars of UK farming. 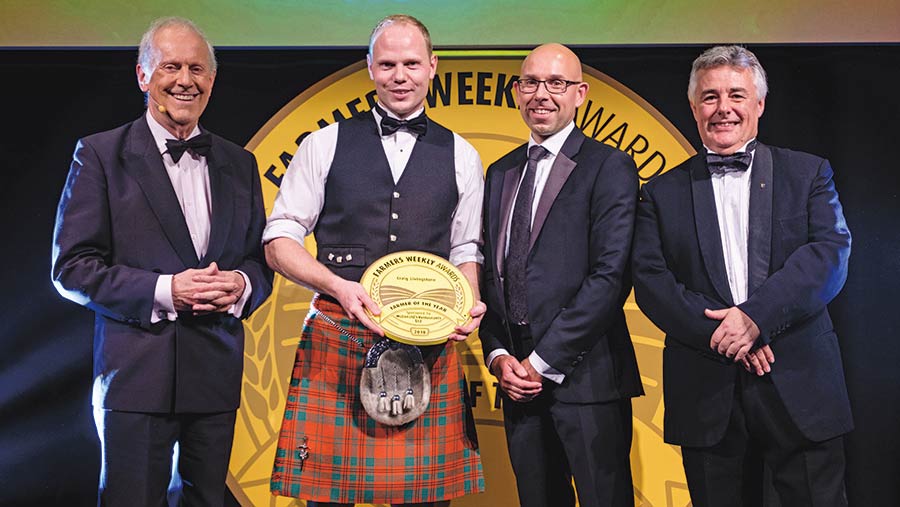 Sam Coote from County Durham won Farmers Apprentice 2018, following five days of challenging tasks. The 22-year-old beat eight other finalists to clinch the title, walking away with a cash prize of £10,000 to invest in his farming future. 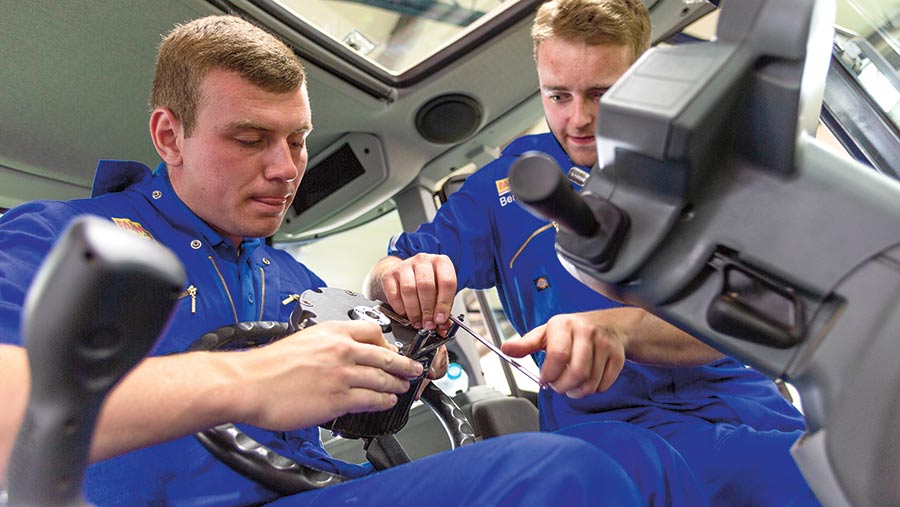 The farming industry marked 100 years since the end of the First World War by paying tribute to farmers who fought on the front line – and those who stayed behind to keep the country and army fed during a time of crisis.

The role of women was especially significant, with the launch of the Women’s Land Army in 1917 leading to the recruitment of almost 100,000 extra hands. 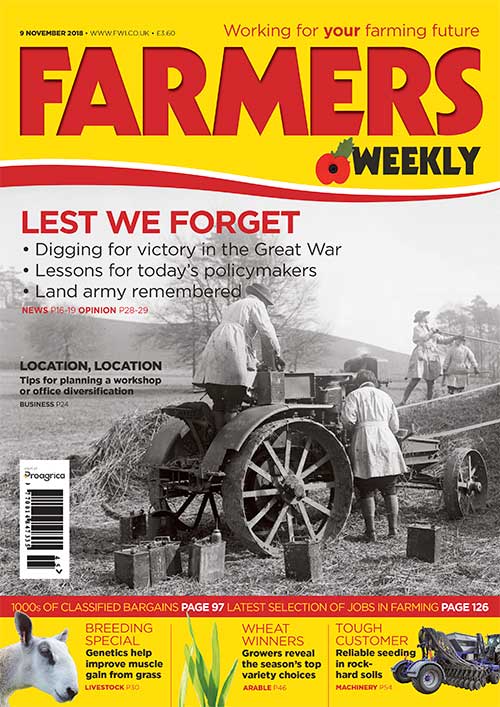 Dozens of environmental campaigners were arrested on 14 November after defacing the Defra HQ and supergluing themselves to the gates of Downing Street. 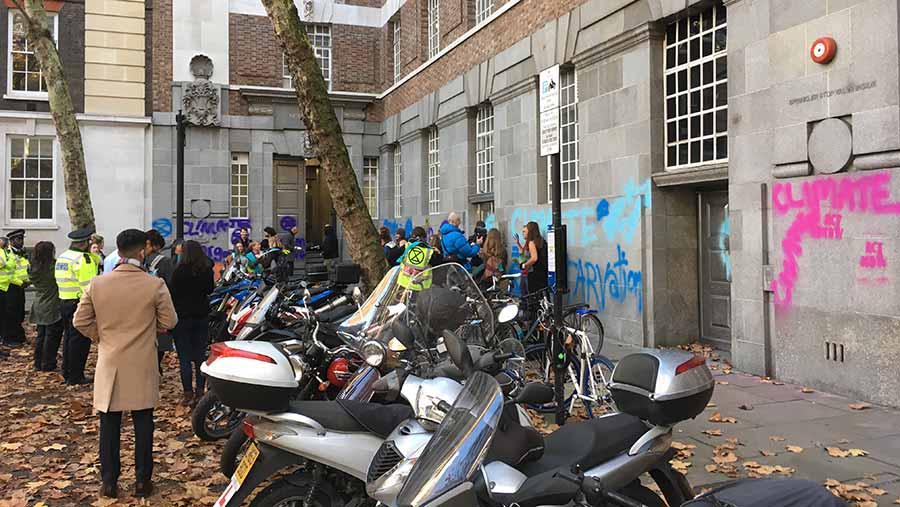 During a visit to the Royal Welsh Winter Fair in November, Theresa May warned MPs that failure to back her Brexit withdrawal deal with the EU would trigger further uncertainty in the farming sector.

Welsh farming union leaders agreed that a “no-deal” Brexit would be a “nightmare scenario” for farmers, which could price them out of the market. 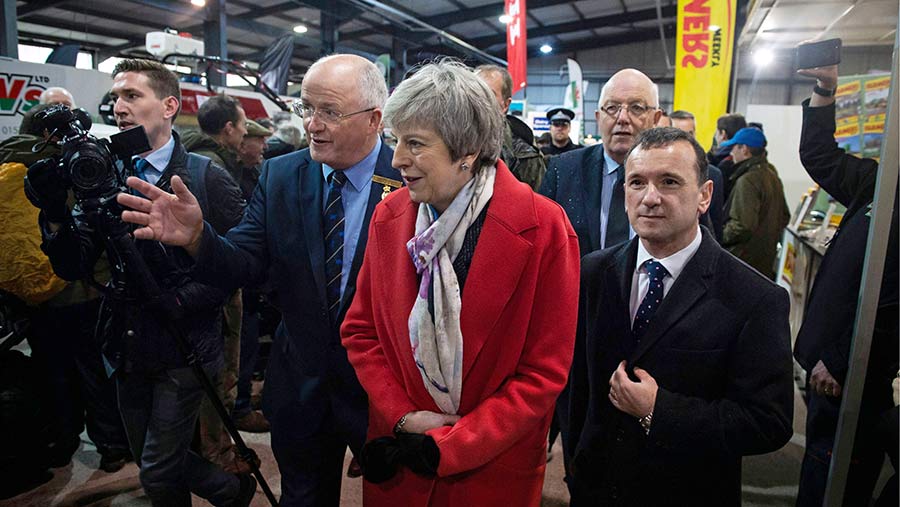