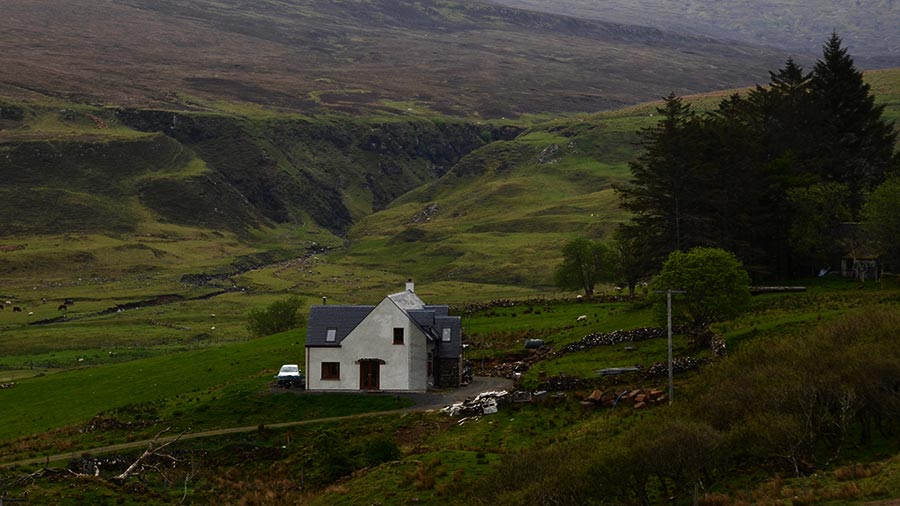 © AdobeStock/ A Shot of Bliss

Life on isolated farms can be difficult – you are more vulnerable to rural crime and mental health issues both from the isolation and financial stresses.

Farmers are also vulnerable to workplace accidents, with 2020 sadly proving no exception.

“As well as the £54m financial cost, there’s a serious effect on the mental well-being of people living in rural and often isolated areas,” said Rebecca Davidson, rural affairs specialist at NFU Mutual.

Typically costing £8,000 to £12,000 each, many were stolen during night-time farm raids on tractor cabs, as thieves took advantage of the quiet nights during Covid-19 lockdown.

Rural fly-tipping surged by 300% in some areas during the first lockdown in the spring after household waste recycling centres were forced to close. And violent hare-coursing gangs continued to terrorise farmers and damage fields across the country with their illegal blood sport.

Agriculture has been unable to remove its unwanted label of being statistically Britain’s most dangerous occupation.

Twenty-one people lost their lives in fatal accidents in agriculture-related activities in the 2019-20 financial year in Great Britain, according to Health and Safety Executive (HSE) statistics.

Although this figure was the lowest on record, the sector still accounted for 20% of all workplace deaths, 18 times higher than the all-industry average.

Around half of the agricultural workers killed were 55 years or older, while the youngest person killed was a four-year-old child. Overturning vehicles or being struck by moving vehicles caused most deaths.

No HSE data on farm deaths from spring 2020 onwards is available yet. But concerns have been raised over a spike in deaths over the summer and autumn.

Four fatal accidents were reported over a fortnight from 3-19 September on farms in England. Three involved tractors or trailers and one involved cattle. In September, three dog walkers were fatally injured in separate incidents involving cows.

Mental health issues among farmers are of increasing concern – and can have a direct effect on farm safety.

A survey by the Farm Safety Foundation found that some 84% of farmers under 40 years believe poor mental health is the industry’s biggest danger.

Mark Betson, of the Farming Community Network, said concern over cuts to support payments and poor weather had seen an increase in calls to his charity. Any one such pressure could be the straw that broke the camel’s back, he added.

This year also saw Prince Charles make a donation to a new charity to tackle mental health in the farming community. It came after tenant farmer Sam Stables took on an entire flock of sheep from Yorkshire for a friend stricken by the coronavirus.