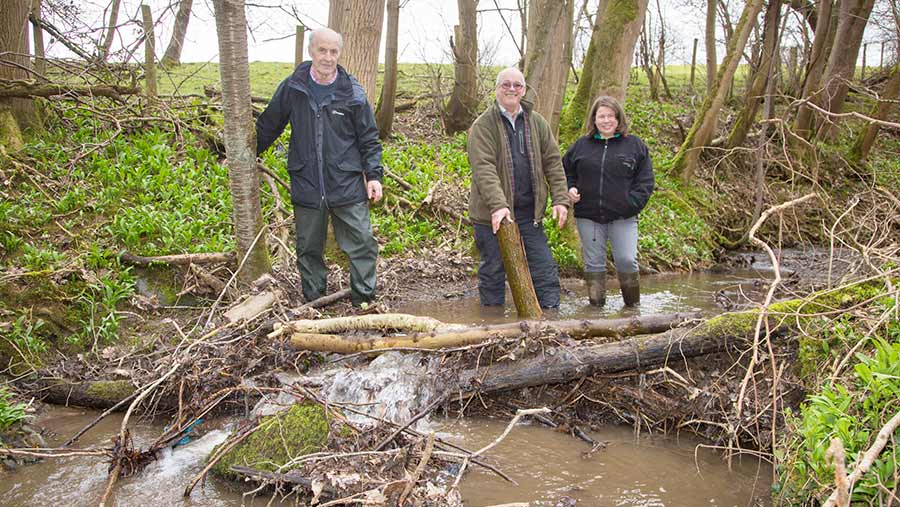 Eight kilometres of hedgerows are being created or restored on up to 20 farms above the towns of Ruthin and St Asaph in Denbighshire to slow the flow of water run-off during periods of heavy rain.

“Leaky log” dams – which mimic those that occur naturally when large sections of trees fall into and across water channels – will also be established on hillside streams to hold back surges of water.

Hundreds of homes in these two towns, which have a joint population of 8,400, have been overwhelmed by floodwater in the past when rivers have burst their banks.

The volume of water running down from the hillside was a contributory factor, because compacted soils and sparse vegetation did little to impede flow.

Farmers with land in the hills overlooking these towns have therefore come together in a project that will not only create new hedges and restore others, but will also include woodland creation, riverbank restoration, sub-soiling and soil aeration on acres of farmland.

The farmers won’t receive direct funding. The money will instead be paid to rural regeneration organisation Cadwyn Clwyd to get the work done.

Cadwyn Clwyd’s Gwyn Rowlands said the farmers had come up with the idea, while the organisation had sourced funding through the Welsh government’s Sustainable Management Scheme.

“A rule of this scheme is that we can’t pay the farmers directly, but they will see the benefit in new or restored hedges, tree planting and improvements to their soils,” he said.

“Contractors will be hired to do the work. The only condition asked of the farmers is that they must clear the site beforehand.”

The hedges will be planted across slopes, as this is shown to reduce water flow.

Farmers will benefit because it will create additional livestock shelter and, with good fences, they will be able to manage their livestock better.

Water quality will improve, too, because less silt from run-off will enter the rivers.

The scheme has a budget of £330,000, but it is proving so popular with farmers in that region that it is in danger of becoming over-subscribed.

“I am getting lots of phone calls from farmers who want to get involved, but numbers will largely be dictated by the budget,” said Mr Rowlands.

A similar sum of money has been awarded to woodland organisation Coed Cymru for flood prevention measures on the Barrog, a tributary of the River Elwy, which flows through St Asaph.

“The water is already there; these measures will only increase the porosity of the soil to get more of that water off the surface,” he explained.

Beef and sheep farmer Ceiriog Jones, of Cilgoed, Derwen, is one of the farmers involved in the Cadwyn Clwyd initiative.

He see projects such as this one as beneficial to both farmers and local communities.

“If we in the uplands can do some hedge planting, that helps us – and if it prevents flooding downstream, that has to be good for everyone.”

Mr Gove wants taxpayer support for farmers to be targeted at environmental improvements; flood alleviation falls into that category.

While such schemes are welcomed by farming unions, NFU Cymru president John Davies says farmers must also be supported to produce food.

“Looking to post-Brexit policy, NFU Cymru sees the need for a comprehensive policy in Wales that supports farmers to undertake our core role of food production at the same time as underpinning the delivery of a broader suite of landscape and environmental goods and services that society expects from us,” he said.

Farmers urged to do more to keep Welsh beaches clean 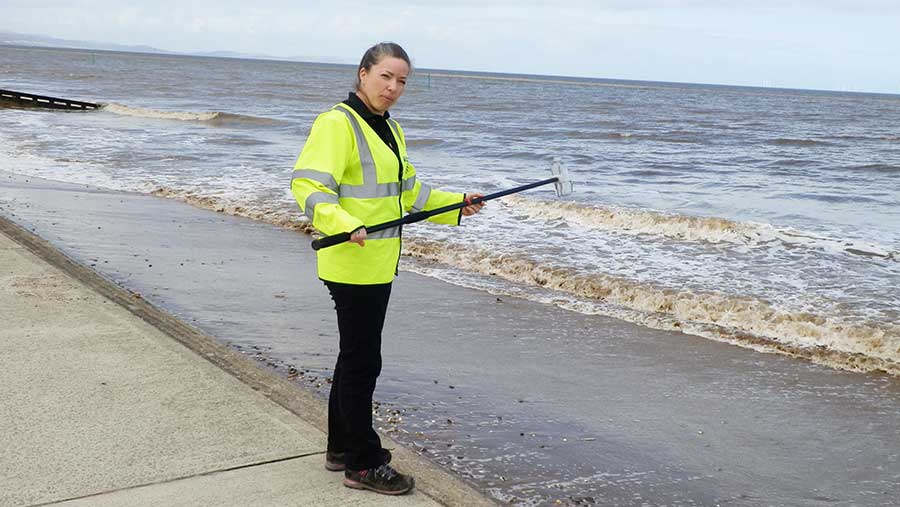 A drive to improve water quality in a North Wales river that affects the bathing water of a popular seaside town is under way.

Natural Resources Wales (NRW) staff will visit more than 400 farms in the lower Clwyd area, providing advice on how best to protect the river from agricultural pollution, which can have a detrimental impact on Rhyl beach.

NRW officers will also steer some farmers towards Welsh Government grants if they need specific help to improve pollution prevention.

Bethan Beech, NRW team leader for Denbighshire, said: “North Wales benefits from a stunning environment and our coastline is enjoyed by thousands of local people and visitors.

“In recent years, we have ensured improvements in major sewage infrastructure in the lower Clwyd, including Welsh Water’s assets, private dischargers and urban drainage.

“But we know there is more that can be done to reduce small-scale pollution from agriculture. By making lots of small, individual improvements, I hope we can enjoy cleaner rivers and bathing waters.”

NRW is also working with Farming Connect to give more support and guidance to help advise farmers and contractors.

Farmers will be invited to local meetings in prioritised areas and a national awareness programme will be launched shortly.