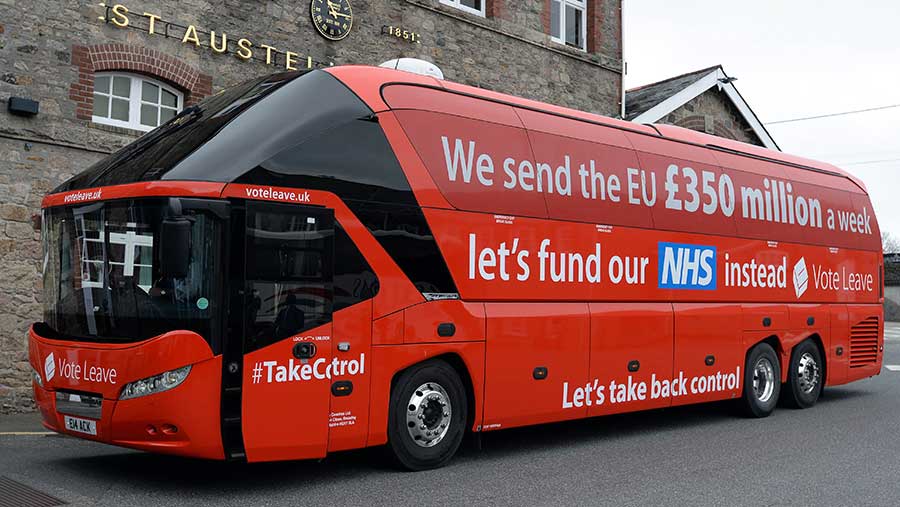 Pro-Brexit politicians made lots of pledges ahead of last year’s referendum. But some are nearer becoming reality than others.

“Let’s get one thing straight. The UK government will continue to give farmers and the environment as much support – or perhaps even more – as they get now.” George Eustice, 23 March 2016

Mr Eustice said the government met this pledge by guaranteeing farm payments until 2022. But the NFU fears British farmers will be disadvantaged if UK support falls below EU levels after that date.

“Could we find the money to spend £2bn/year on farming and the environment? Of course, we could.”
George Eustice, NFU Conference, February 2016

We could indeed. But conservationists want the cake carved up so more of the money goes to the environment. How much will be left for farmers – and under what conditions – is unclear.

“The birds and habitats directives would go.”
George Eustice, The Guardian, 30 May 2016

Perhaps, but when? Abolishing wildlife directives is unlikely to be a priority once the Great Repeal Bill brings EU legislation into UK law to be gradually unpicked.

“They need a free trade deal as much – or perhaps even more – than we do.” George Eustice, Farmers For Britain launch speech, 23 March 2016

This argument is based on trade figures showing the UK exports much more food to the EU than it imports in return. But that doesn’t make a free trade deal a shoo-in.

“The extra incentive for our farmers to go for Leave is getting rid of the burden – the form-filling.”
Boris Johnson, Countryfile, June 2016

A bonfire of red-tape is unlikely anytime soon. With direct payments likely to stay until 2022, so too are any associated rules and form-filling. See also Pledge three, above.

“A new seasonal agricultural workers’ scheme will have to be devised and put in place before the end of the current free movement arrangements.”
Owen Paterson, Farmers Weekly, 6 June 2016

A severe labour shortage has been reported across agriculture since June 2016. Seasonal workers are staying away and there is little sign of any scheme, which the NFU says is much needed.

The UK government has indeed since confirmed its intention for a UK-wide framework within which Scotland, Wales and Northern Ireland will determine their own agricultural policies.

“We can strip out the protectionism and special interests… allowing prices in Britain to become cheaper.”
Michael Gove, Daily Mail, April 2016

Mr Gove, the new Defra secretary, this week appeared to backtrack on this suggestion that food will be cheaper post-Brexit, saying he had “absolutely no intention” of allowing standards to slip.

“UK asparagus will be just as sprouting, just as delicious, in fact even better.”
Boris Johnson, May 2016

A quote as colourful as the bunch of British asparaguses brandished by Boris on a Brexit “battle bus” visit to Cornwall. Some things remain the same regardless of the UK-EU relationship.