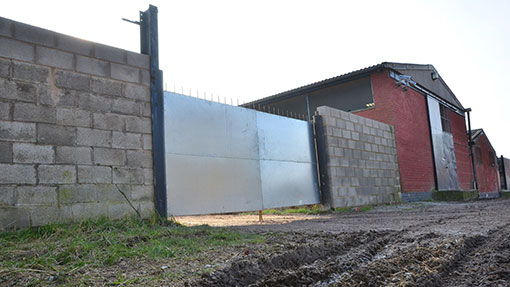 Charges against two directors of an abattoir which featured in a covert video by animal rights campaigners have been dropped.

The Crown Prosecution Service decided that there was insufficient evidence to continue a case against Derek Lesley Turner, 80, and his son Derek William Turner, 41, of High Peak Meats Export, Cheshire.

The animal rights group members gained access to the abattoir to fit secret cameras in and around the slaughter area. Footage purported to show three Polish workers, who it is believed have now returned to Poland, stunning horses in the presence of other horses and hitting a horse with a knotted piece of rope to keep it under control prior to it being slaughtered for meat.

The pair were charged as directors of High Peak Meats Export under the Welfare of Animals (Slaughter and Killing) Regulations 1995. Seven contraventions of Regulation 4(1)(b) are said to have occurred at the premises between October and December 2012.

But both directors denied the seven charges of “permitting horses to sustain avoidable excitement, pain or suffering” at their Red Lion abattoir in Nantwich, Cheshire.

Lawyer for the Turners, David Kirwan, said: “We were prepared to argue in court how this prosecution was sloppy and shambolic on several levels.

“The CPS was exclusively reliant on covert video footage obtained illegally by a non-regulatory body. There was no evidence that suggested that the Turners, who do not appear in any of the footage, knew what was happening let alone “permitted” it as they were accused of.

“This matter dragged on well beyond the permitted six-month time frame for charges to be brought,” said Mr Kirwan.

The CPS has notified law firm Kirwans of its decision to discontinue all matters against the defendants, including the three workers featured in the video footage, who were similarly charged with animal welfare breaches.

The CPS said there was insufficient evidence against the Turners, while a prosecution against the Polish workers was not in the public interest.