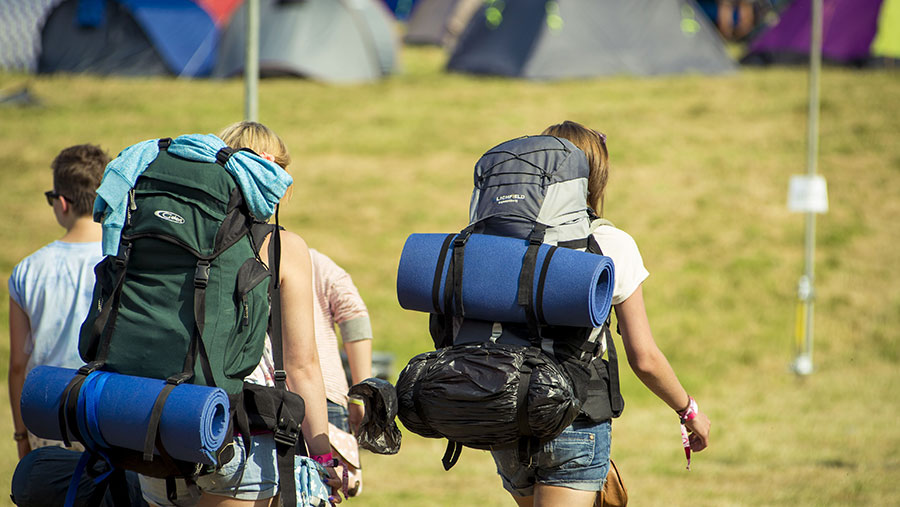 A farming charity dedicated to “the promotion of agriculture” is facing criticism for hosting a vegan event headlined by anti-farming activists and sponsored by an organisation that describes dairy farming as “rape”.

The “Vegan Camp-out” event, which is billed as the world’s largest vegan camping festival, will take place at the Newark and Nottinghamshire Agricultural Society’s Newark showground from 30 August to 1 September this year.

The event will feature an “Activism Bootcamp” which attracts animal rights activists from across the world dedicated to spreading direct action against livestock farming and meat eating.

See also: How to deal with activists and difficult neighbours

Extreme animal rights groups from the UK and across the world, including Direct Action Everywhere, Viva!, the Hunt Saboteurs Association, Surge and Animal Aid, who all actively campaign against traditional livestock farming and legal activities like shooting and hunting, are expected to share their tactics on direct action.

The event will be headlined by vegan activists, including Earthling Ed, who fronts an anti-dairy campaign which claims that “a cow raised for dairy endures a cruel and violent yearly cycle of enforced pregnancy”.

Juliet Gellatley, founder and director of animal rights group Viva! which also sponsors the event, claims that dairy cows and sows are “raped” in livestock systems and campaigns against dairy, pig and poultry farming.

The Countryside Alliance (CA) urged the Newark and Nottinghamshire Agricultural Society to call off the event.

CA chief executive Tim Bonner said: “The society’s showground, which was created to promote farming in Nottinghamshire, is now being used as a training ground for extremists who campaign against livestock farming and the rural way of life.

“It is difficult to understand why the Society is determined to carry on hosting this event when presented with unarguable evidence that it involves the spreading of an aggressive anti-farming agenda.

“Animal rights extremists from all over the world will be gathering to share tactics and train activists.”

Mr Bonner pointed out that the dairy industry in particular, but also other livestock farmers and butchers, are coming under increasing attack from vegan activism.

Just last month 200 vegan activists invaded a farm in Lincolnshire close to Newark Showground and last week the media reported the invasion of a restaurant in Sussex by activists from Direct Activism Everywhere (DxE), a US inspired group of animal rights extremists.

Mr Bonner added: “The Newark and Nottinghamshire Agricultural Society needs to take its head out of the sand and cancel this event to protect the farming community, rather than the promoting extremists who want to end their way of life.”

A spokesman for the Newark and Nottinghamshire Agricultural Society told the Daily Telegraph: “As an agricultural society we are apolitical and deplore invective or criminal acts made against the farming community, who grow food for all of us whether omnivore, vegetarian or vegan.

“In a democracy we recognise the right of those making extreme opinions to express them, even if we disagree with them, provided they remain within the law.”