There is still a long way to go before the shape and form of any new domestic farm support policy is known, but there are some early pointers.

Here we take stock of where things currently stand.

With the EU referendum over a year behind us, with Brexit negotiations under way in Brussels and with a new secretary of state at Defra, farmers might have hoped for a clearer idea by now of what a future British agricultural policy will look like.

Unfortunately, that is not the case. But the recent speech by Defra secretary Michael Gove at the WWF in London did give some further, more concrete indications of the direction of travel.

He said he valued the contribution farmers made towards feeding the nation and the fact they produced food to high standards. “It is my job to support them to grow, produce and sell more,” he said.

He also repeated the government pledge to continue with the £3bn support funding for farming until 2022, with the promise of “generous” continued support thereafter.

And he added, “support for farmers in areas like the Lake District, upland Wales or the Scottish borders is critical to keeping our countryside healthy”.

But there was no detail as to how that money would be made available – just a series of hints that most, if not all of it, will come with environmental strings attached. 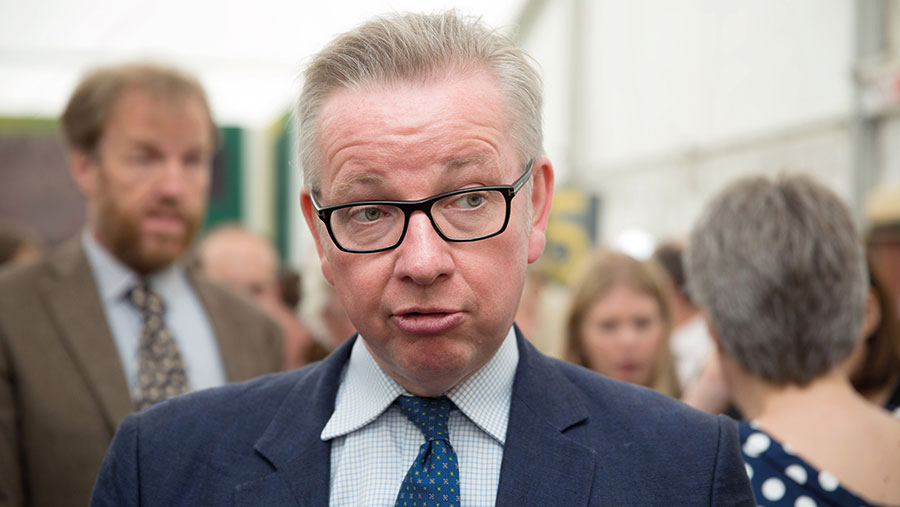 Declaring himself an “environmentalist first”, Mr Gove said the current CAP system, based on direct payments, had failed miserably in as much as it was “not designed to put the environment first”.

The Defra secretary also complained the CAP rewarded people based on the amount of land they owned, including those who are often already very wealthy.

He, therefore, advocated support for woodland creation and tree planting, praising trees for their intrinsic beauty, as well as their functions as a carbon sink, a way to manage flood risk and a habitat for precious species.

Any future farm support should also be directed at improving animal welfare, he said.

Defra may be keeping tight-lipped on the shape of any future rural support policy, but there is no shortage of models to choose from, with most farming and countryside groups publishing their own visions in recent months.

The relative amounts of money allocated to the three areas, and the precise policy options implemented, will depend on the economic climate post Brexit, says the NFU.

If the government secures a good trade deal, then more emphasis could be placed on environmental measures and productivity improvements. If the economy is more hostile, then more should be ploughed into volatility measures, such as direct aid.

New policies should only be introduced gradually, with the exact timeframe depending on things such as market access, the supply of migrant labour and levels of farm support in Europe after the next CAP reform. Current levels of funding should be maintained throughout this transition period.

Provides flexibility in both emphasis and timing to respond to different economic scenarios.

The Land Management Contract (LMC) is the latest policy idea from the CLA, based on the principle of paying farmers and landowners for managing their land to provide public goods and services.

Farmers would choose from a range of measures, which might include increasing carbon storage, reducing flood risk, providing public access, improving soil structure and/or water quality, and habitat creation.

Contracts would be for a fixed period of time and would state exactly what the farmer should deliver. Payment would be based on the value of the activity, but must be high enough to ensure farmers take part.

The CLA says existing CAP arrangements should stay in place for five years, while the LMC is developed, and only then phased out gradually.

The LMC should be just one part of a wider economic strategy, including measures to help improve the profitability and productivity of farming and to ensure rural economic prosperity.

A clear contract for defined outcomes is likely to appeal to the Treasury, but the schemes could become overly complex.

NFU Scotland’s alternative farm policy is set out in its document “CHANGE” – currently doing the rounds north of the border. It has three themes:

More than any other union, NFU Scotland is pressing for the retention of direct income support, which it says is vital for many businesses.

“Direct support would be based on eligible payment hectares focusing on agricultural activity,” it says.

“For more disadvantaged areas, these payments would be enhanced by top-ups based on existing fragility markers.”

NFUS also calls for coupled support for vulnerable sectors, and says “direct support would be complemented by a suite of productivity and environmental options which would offer real, practical choices to every farm and croft”.

Emphasis on direct payments, coupled to production, could lead to trade distortions.

Influenced by Wales’s specific requirements, the FUW has spelled out a number of policy principles which it believes are fundamental to any future domestic agricultural policy:

The case for maintaining the current share of budget seems well justified.

The TFA’s post-Brexit policy ideal is based on a three-pronged approach, including:

A Farm Business Development Scheme to provide annual grants to active farmers for things such as investment in fixed equipment and cost reduction initiatives, protecting against volatility, encouraging diversification and environmental improvement.

The TFA says there should be a UK framework agreed with all of the devolved administrations to ensure fair competition and free trade between the four parts of the UK.

It also wants greater powers for the Groceries Code Adjudicator to tackle malpractice within the groceries supply chain, and a requirement for public procurement bodies to “buy British”. (Most other organisations share these two objectives.)

Various fiscal measures are also suggested to encourage landlords to extend the length of their tenancies.

Recognises the importance of a UK framework, to ensure fair trade between the regions.

Sustain – an alternative to CAP

Representing a broad church of non-governmental organisations (NGOs) including Compassion in World Farming, the RSPB and the Soil Association, Sustain wants to see a new three-part alternative to the CAP:

Like most other groups, Sustain wants to extend the Grocery Code Adjudicator’s powers to ensure fair trading practices, and require schools and hospitals to buy more local and sustainable food.

Too much emphasis on environment could jeopardise food production.

What would happen if subsidies were abandoned altogether?

A number of consumer voices have suggested the UK follows the New Zealand example and abandon subsidies overnight.

But an analysis by AHDB says the two situations are completely different and cannot be compared. For a start, the NZ economy was in deep crisis in the early 1980s, with a collapsing currency, double-digit inflation and soaring government debt.

It really had no choice but to reign in its system of market distorting price supports and heavily subsidised inputs.

NZ farmers paid a high price, with many unable to service debt. Reports suggest about 5% went bankrupt over the next five years, while land values slumped by 52%.

There is no doubt there was considerable short-term pain, though this was eased by a 20% devaluation of the NZ$ which boosted export competitiveness.

In a predominantly livestock-producing country, New Zealand farmers were also able to cut back heavily on fertiliser and machinery use, while the climate enabled them to leave livestock outdoors all winter.

These circumstances are very different to those affecting the UK right now, says the AHDB report.

While NZ exports more than 90% of its meat and dairy produce, the UK is a net importer. “A devaluation of sterling would likely lead to vast inflation,” the report warns. “This could potentially spark a rise in interest rates and a domestic consumption crisis.”