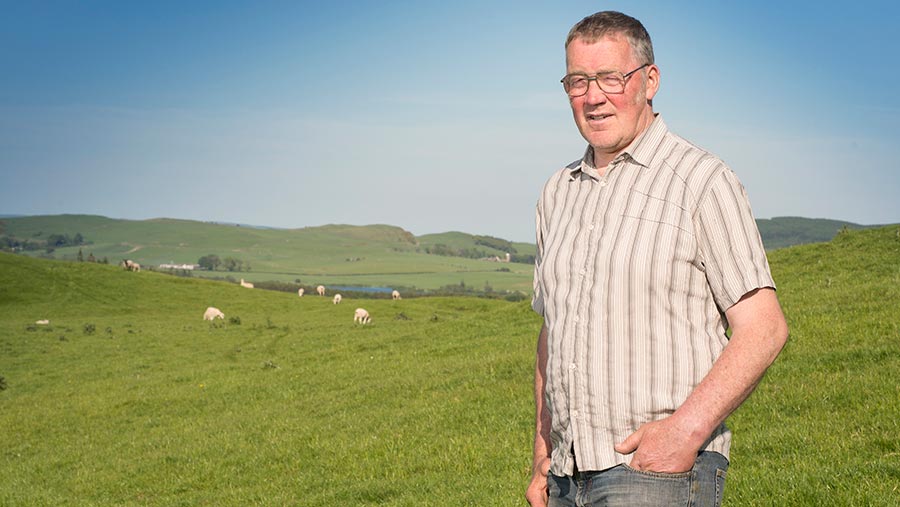 Wigtownshire livestock farmer Andrew McCornick has been named as the new president of NFU Scotland.

In the first round of voting he won at least 50% of the share of the vote among the 119-member council to emerge victorious.

Mr McCornick took to the stage at the NFU Scotland annual meeting in Glasgow on Tuesday (7 February) to thank those who voted for him.

“Wow! I thank you very much for this,” he said. “I’m going to fight for NFU Scotland.

“I’m coming in at a really difficult time here. We have got to be strong. I’m going to get a good team sorted out.

“The First Minister (Nicola Sturgeon) is coming here later on and there is a big opportunity to get our message out to her.”

Mr McCornick paid tribute to Mr Bowie for his job as president and said it had been a pleasure to work alongside him and Rob Livesey as vice-president over the last couple of years.

“I really have enjoyed working with both of you. Please keep in touch and please make sure that you are a big part of NFU Scotland going forward.

“I genuinely believe all of us in this room are on a mission. Let’s make it count.”

During election hustings, he said his goal was a sustainable Scottish agricultural industry, greater certainty over funding, fair prices and less red tape.

On Brexit, he said he would be pushing for continued access to the single market and a free trade deal for farmers.

In the quest for the NFUS vice-presidents positions, Martin Kennedy and Gary Mitchell were both elected.

Mr Kennedy of Lurgan Farm, Aberfeldy, farms 600 breeding ewes, 30 Continental cows and 30 Highlanders with his wife Jane. He is currently serving his second year as chairman of the Less Favoured Areas committee.

He said: “It’s going to be a difficult challenge ahead. It’s a new team. We’re going to have a new board.There’s going to be big changes on that board.

“We have just got to fight for every single sector in Scottish agriculture.”

Mr Mitchell farms 303ha, both owned and tenanted, and currently milks around 800 cows. He was milk committee chairman from 2012 to 2014, and has been regional chairman for Dumfries and Galloway since February 2014.