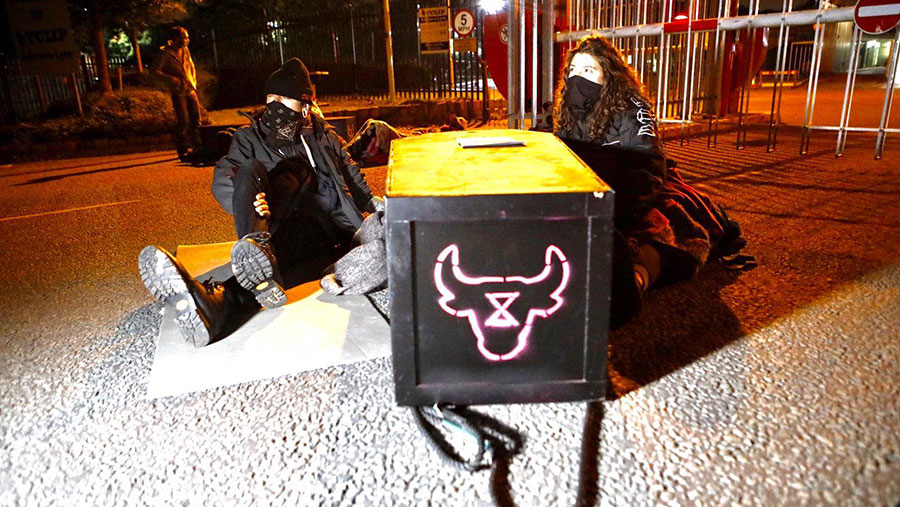 Six people have been arrested on suspicion of aggravated trespass following a protest at a pig-processing site in Greater Manchester.

Members of Animal Rebellion locked onto coffins outside the front gate while others climbed on the roof of the Pilgrim’s Pride (formerly Tulip) plant in Ashton-under-Lyme, Greater Manchester.

A banner was unfurled outside the entrance, saying: “Animal farming = pandemics and climate crisis”.

A spokesperson for Pilgrim’s Pride said while the activities “were an inconvenience to operations”, their main concern is “ensuring the welfare of the animals in our care and the safety of our people, as well as the protestors who are putting their own safety at risk”.

The direct action is part of a nine-day campaign by the climate and animal rights group against climate change and livestock farming.

Animal Rebellion is urging the UK government to “end all animal farming” and change production to a “sustainable plant-based food system” and vegan diets. It claimed that doing so would “prevent future pandemics and avoid the worst effects of climate and ecological breakdown”. 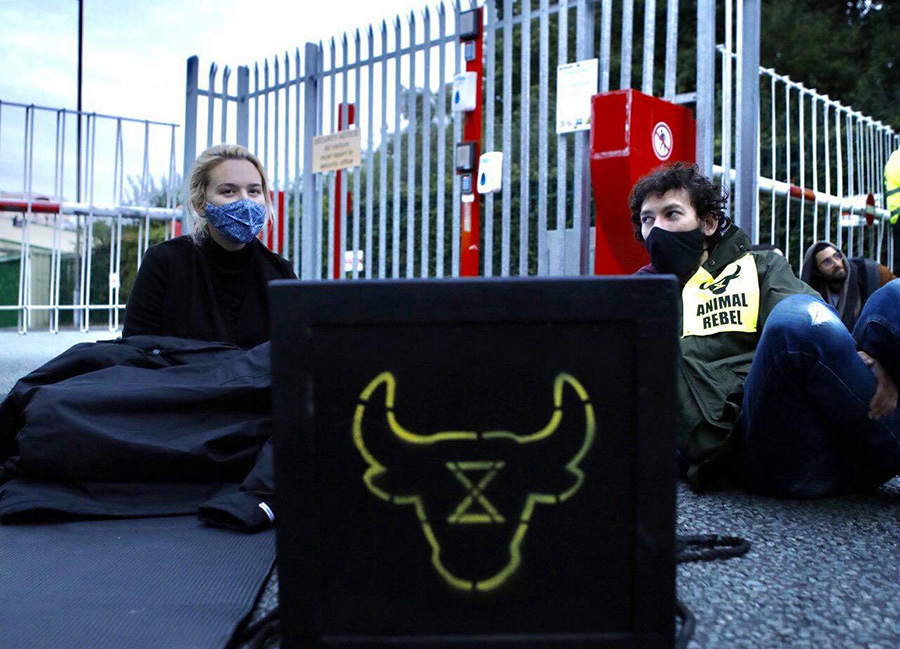 The group said it was also protesting against “industrial factories” which are “hotspots for the [coronavirus] outbreak”. Their continued use is putting workers’ health at risk, it added.

Cattle ranching accounts for 80% of Amazon deforestation in Brazil, a study by Yale University in the US found. According to the UN Food and Agriculture (FAO) organisation, livestock farming accounts for 14.5% of all greenhouse gas (GHG) emissions – but the NFU says GHG emissions from UK beef are about half the global average.

The NFU is aiming to achieve net-zero carbon emissions for UK agriculture by 2040 – 10 years ahead of the UK government target.

The direct action comes just days after half of the staff working at Banham Poultry slaughterhouse in Norfolk – 75 in total – tested positive for Covid-19. Similar outbreaks have forced the closure of the 2 Sisters’ poultry processing site in Coupar Angus, Scotland, and the Cranswick Ballymena plant in Northern Ireland.  However, both have now reopened. 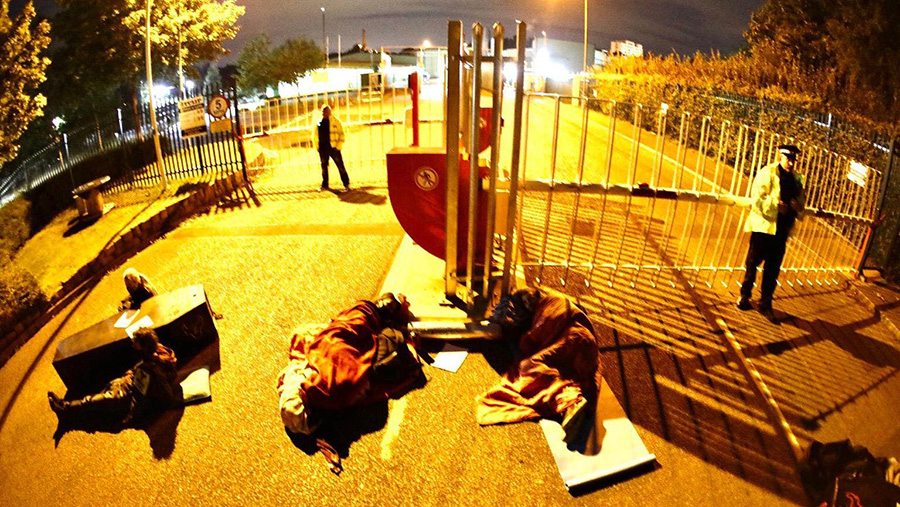 The group says it is planning to host a “street party” outside the Defra offices in London this Wednesday (9 September) – the same day as the NFU celebrates its Back British Farming Day.

In February, SMASH Speciesism locked themselves to concrete and blocked the entrance of the same Tulip slaughterhouse, bringing the site to a standstill for 10 hours.

One activist who is facing a trial for aggravated trespass in connection with this incident broke bail conditions and returned to the site today (Monday 7 September).

A spokesperson for Greater Manchester Police said: “Officers are currently in attendance and have engaged with the group, with the aim of ensuring everyone has the right to peacefully protest.

“Six people have been arrested – three men and three women – all on suspicion of aggravated trespass. They remain in custody for questioning. Officers remain at the scene and are also engaging with a woman who is on the roof.”