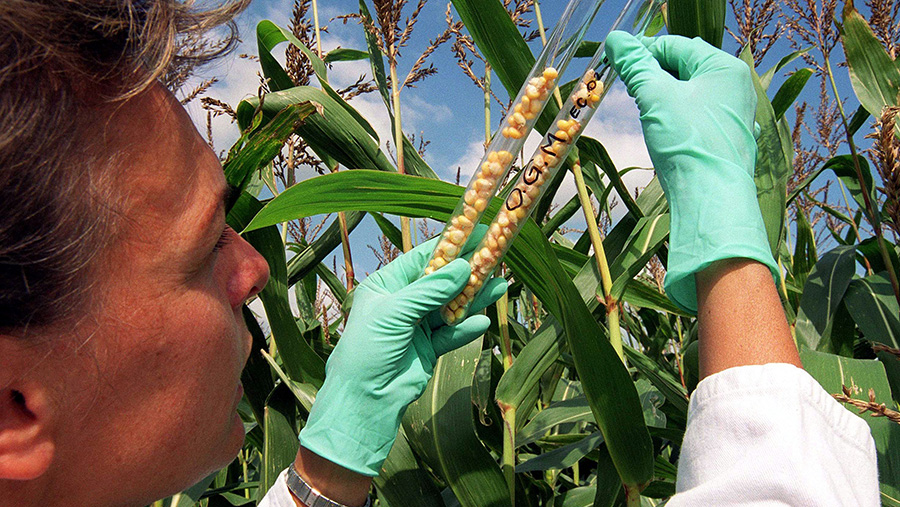 European anti-GM activity is holding back access to bigger crop yields in the UK and hurting poorer nations where there is a much greater need for productivity, claims a report.

The development and adoption of genetically modified (GM) crops both across Europe and in developing countries has been stifled by campaigns led by groups such as Greenpeace, says the report by US-based science and technology think tank.

The report by The Information Technology and Innovation Foundation (ITIF) claimed that preventing innovation in biotechnology crops could cost the world’s poorest nations, especially those in sub-Saharan African, up to $1.5trn (£1trn) by 2050.

But anti-GM groups have rejected the claims, insisting it is unsafe and more widely accepted biotechnologies such as marker-assisted breeding should be adopted to tackle food security.

The study criticises the United Nations environment programme (Unep), European member states and campaign groups for pressing successfully for restrictions or bans on the growth or import of crops and foods improved through biotechnology.

The UK government has stated it would be in favour of allowing farmers to cultivate GM crops, provided they can be proven to be scientifically safe.

However, devolved governments in Scotland, Wales and Northern Ireland have all stated their opposition to allowing GM crops to be grown on their territory.

The report added the restrictions imposed on GMs lower farmers’ productivity and raise food prices – not just in the countries where the campaigns originate, such as the UK, but in nations that avoid GM crops so they can export to countries with policies either banning or limiting biotech crops.

It said allowing more farmers in low-income nations to grow biotech crops would allow them to grow more food and increase rural incomes.

The report claims opponents of GM, who argued that the technology would only benefit industrialised nations and would price farmers from developing nations out of the market, were wrong.

“GM seeds are even more important for farmers in developing countries than in developed nations, because the former could often ill afford other innovations that boost productivity, such as modern tractors, but they can afford improved seeds.

“This is why farmers in developing nations plant more biotech-improved seeds than farmers in industrial nations, despite massive European and advocacy group efforts to discourage them.”

However, the tone of the report was strongly criticised by the UK’s Food Ethics Council (FEC), which said the headlines and report summary were deeply unhelpful and would only inflame the debate between supporters and opponents of GM technology.

Dan Crossley, executive director of the FEC, said: “We should be asking who is this technology empowering and how will it promote fair and sustainable farming.

“Claiming anti-GM campaigners are responsible for exacerbating poverty in the global south is unhelpful, polarises the debate and could be legitimately challenged.”

Dr Doug Parr, Greenpeace UK chief scientist, said: “After two decades of plugging away at GMs, the biotech industry has yet to come up with crop varieties that are significantly better than non-GM ones in terms of improved yields or other useful traits.

“Yet environmental groups regularly get the blame for the industry’s own failures. Meanwhile, safer and more widely accepted biotechnologies such as marker-assisted breeding have got much closer to delivering the solutions the GM lobby has been promising for years.

“The fact that we’re still discussing the pros and cons of GMs whilst ignoring more promising breakthroughs is a sign of the distorting influence a well-funded biotech lobby still has on this debate.”

The Soil Association declined to comment on the report.