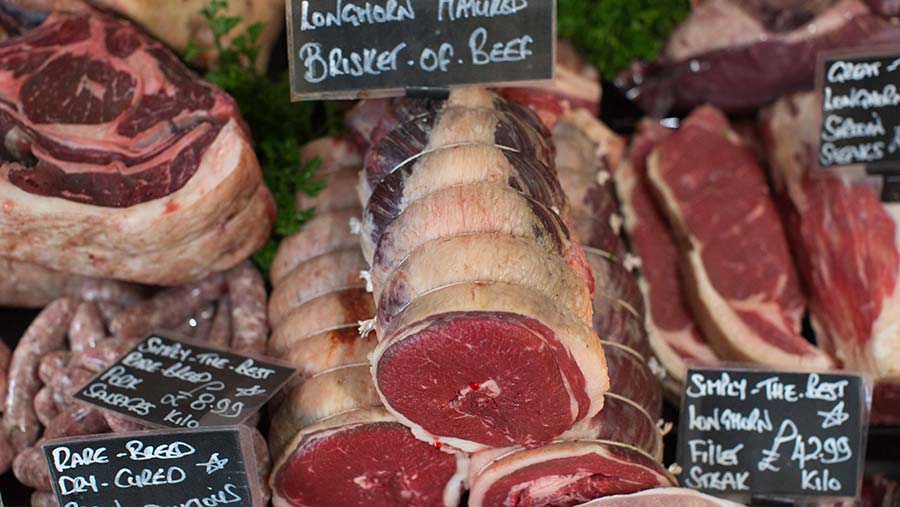 Farmers are feeling “hurt and demoralised” by the anti-meat agenda that has labelled them the problem and not part of the solution to mitigating climate change, according to NFU president Minette Batters.

The simplistic argument that meat is bad and plant-based alternatives are good has been “enormously detrimental” to farmers’ mental health, she warned.

Acknowledging that the farming industry will undergo huge change, Ms Batters said the NFU had a duty of care to show how livestock farmers are part of the solution to achieving net zero greenhouse gas (GHG) emissions by 2040.

“Bearing in mind how huge Brexit is and the impacts of that, you might think that is at the forefront of farmers minds. No, it is not – this [anti-meat message] is,” said Ms Batters.

“Farmers feel mentally and physically really under pressure. They want us to push back.”

Ms Batters was speaking at an NFU seminar on the science behind red meat production, its place in the diet and effect on the environment, held in London on Tuesday (11 February).

She said this polarised, binary approach to our diets was “bad for consumers and bad for food producers because whatever you are eating, you have a farmer or a grower producing it for you”.

Ms Batters pointed to the “first-class” protein produced by UK livestock farmers, due to high welfare standards and the fact GHG emissions from UK beef are about half the global average.

“There are big calls around whether we need to go create yet more proteins. Do we not need to just eat better in all of our diets?” she asked.

Joe Stanley, a beef and arable farmer from Leicestershire, agreed that the binary approach to the meat debate had been unhelpful and only heaped further pressure on struggling farmers.

He said: “The weather in the past two to three years has been absolutely brutal. It is massively affecting my livelihood. I know we as a society need to do something about it.

“Whatever your diet is, farmers are producing the raw ingredients for the fake meats – they are produced by us anyway.