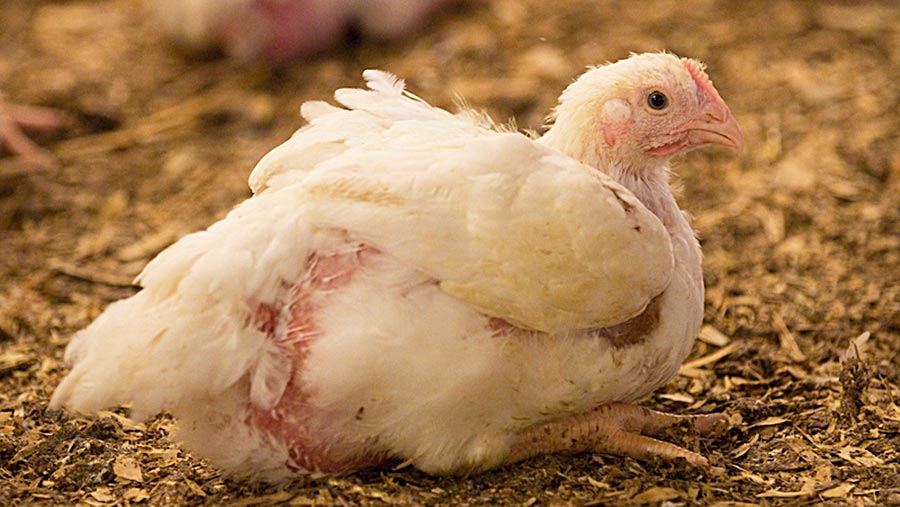 About 23,000 birds are due to be culled on a poultry breeding rearer farm in Suffolk following the discovery of avian flu.

It is the seventh case of bird flu found in a UK commercial poultry or game flock since December.

A 10km Temporary Control Zone has been established around the affected premises near Redgrave in mid-Suffolk after lab tests confirmed the presence of a strain of H5N8.

See also: Most free-range poultry allowed back outdoors in March

The farm is owned by Banham Poultry, which said a single case of infection had been confirmed on the evening of 12 February after it notified Defra of increased mortality in one of its flocks.

A spokesperson for the company said: “Birds at our other farms appear healthy and there is no evidence of any spread of infection.

“All of our staff are trained in biosecurity management and we are ensuring that the controls that are in place are rigorously followed.

“We will continue to co-operate with the authorities to ensure that the situation remains under control.”

A Defra statement said investigations would continue to establish whether or not it was the highly pathogenic strain of HN58 and the possible source of the infection.

Meanwhile, the British Free Range Egg Producers Association (Bfrepa) has written to Defra and the chief veterinary officer asking for all free-range hens in England to be allowed outside from the end of February to prevent producers going out of business.

The organisation has highlighted that there are serious inconsistencies in the way the devolved governments are dealing with the issue of avian flu.

Once current controls come to an end on 28 February, producers in Wales and Scotland will be allowed to let birds outside as long as they meet enhanced biosecurity protocols.

However, in England, Defra has decided to designate certain areas of the country as Higher Risk Areas (HRAs) and says in these regions farmers can only let poultry out if they first construct covered runs or use netting to make sure there is no contact with wild birds.

The industry has said this is impractical and will prove too expensive.

Robert Gooch, Bfrepa chief executive, said the inconsistent approach was proving divisive among producers in the UK and called on Defra to review its position.

“There is a lack of common sense in an approach that allows birds on one side of the Severn Estuary to range, while across the border in England birds continue to be housed. It has created a postcode lottery,” he said.

“An outbreak at a broiler farm in Suffolk this week was outside of the proposed HRA, demonstrating that there is little science available to accurately pinpoint where HRAs should be.”

Bfrepa estimates that about 150 of its members will be caught in an HRA and will be forced to downgrade their eggs from free-range to barn at a cost of about 20p/doz. They produce about two million eggs a day.

The H5N8 strain of the disease has previously been confirmed at three linked premises on a commercial game farm in Lancashire and at three separate poultry farms in Lincolnshire.

It has also been found in wild birds in England, Scotland and Wales and in backyard flocks in North Yorkshire and Carmarthenshire.

Wales has announced new control measures which will apply when current restrictions, requiring all keepers of poultry to keep birds inside or separate from wild birds, come to an end on 28 February.

Rural affairs minister Lesley Griffiths has announced the introduction of a new Avian Influenza Prevention Zone across the whole of Wales, which will run from 28 February until 30 April.

Under revised arrangements, keepers will be required to carry out a biosecurity self-assessment and then may be permitted to give their birds controlled access to outside areas, subject to the introduction of additional “risk mitigation measures”.

These measures will include things like keeping wild birds away from food and water and setting up disinfection points.

Clare Morgan, NFU Cymru poultry board chairman, said the decision was a proportionate response to the disease risk posed. “Importantly the conditions around the new Prevention Zone provide the opportunity, subject to meeting the appropriate conditions, for producers to maintain the free-range status of their flocks.”

The Welsh strategy is similar to the approach taken in Scotland, where producers will also be able to start letting their birds out from 28 February provided they have enhanced biosecurity measures in place.

However, in England, Defra has decided to divide the country into higher and low-risk areas from 1 March.

In the high-risk areas, poultry keepers will have the choice of either keeping birds housed – in which case eggs and some poultry will no longer be free range – or constructing covered runs or use netting if they want to let them outside.

Away from the high-risk areas, farmers will be able to let their poultry have supervised access to fenced outside areas, without using netting, provided proactive steps are taken to make these areas unattractive to wild birds.